Stock investors looking for a way to outperform despite the trade war's major upheaval should look at Goldman Sachs' Hedge Funds VIP list. Analysts at the Wall Street investment firm have picked 50 stocks that appear most often among the top 10 holdings of fundamentally-driven hedge funds.

While many of the companies on Goldman’s Hedge Funds VIP list have seen their share prices hit by the trade war’s re-escalation, Goldman's overall basket has outperformed the S&P 500 in 61% of quarters since 2001, with an average quarterly excess return of 55 basis points. The group includes "rising stars" seeing sharp increases in ownership, such as Walt Disney Co. (DIS), Celgene Corp. (CELG), Worldpay, Inc. (WP) and Iqvia Holdings Inc. (IQV), as well as blue chip companies like Visa Inc. (V), Microsoft Corp. (MSFT), Citigroup Inc. (C), Comcast Corp. (CMCSA), Charter Communications (CHTR) and ServiceNow Inc. (NOW), all of which have dramatically outperformed the market.

Goldman’s Hedge Fund Trend Monitor report, published on May 20, 2019, was based off of an analysis of the holdings of 855 hedge funds with $2.1 trillion of gross equity positions at the start of the second quarter.

“Funds appear hesitant to embrace the equity market rally, trimming net exposures as the market returned to record highs. Funds cut net leverage during 1Q from 56% to 52%,” read the report.

Goldman notes that its Hedge Fund Trend monitor, which tracks the S&P 500 stocks with the largest share of market cap held by hedge funds, has outpaced the S&P 500 in 63% of quarters, with an average quarterly excess of 196 bp. Analysts indicate that during the past two decades, both the absolute number and change in number of hedge fund owners have been strong signals for future stock performance.

What's in the Basket

Goldman notes that funds trimmed positions in Energy, Materials and Industrials following the cyclical rally in Q1, and reallocated toward secular growth.

“Consumer Discretionary is now the largest overweight relative to the Russell 3000 (+317 bp) for the first time since 2015,” said Goldman, writing that funds also upped exposure to comm services, health care, and software, and moved further underweight in tech hardware.

Four of the VIPs appear in Goldman’s “Rising Stars” list of stocks, chosen based on those with the highest increase in hedge fund ownership in the first quarter.

Shares of Disney have spiked over 20% this year as its Avengers movie broke box office records and the company gears up to offer its own direct to consumer streaming platform. The company is expected to shell out as much as $30 billion annually on its video-streaming push, according to analysts at RBC Capital Markets.

As Disney dramatically transforms its long-term growth story, Macquarie Research expects the company to warrant the same valuation of Netflix Inc. (NFLX), as outlined in an earlier Investopedia story. Bulls cite a strong content slate, November’s launch of Disney, and a massive expansion of its theme parks as positive drivers for the company.

While Goldman’s basket of top hedge fund picks has historically outperformed the market in the long-term, near-term volatility and the possibility of a full blown economic downturn could significantly weigh on some of these U.S. equities – particularly those with reliance on China for sales. 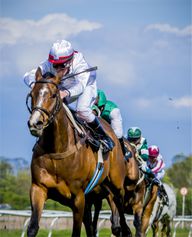 Major U.S. Indices Fell by 3% in February Amid Russia-Ukraine Conflict

Top 10 Holdings of 5 Top Money Managers
Partner Links
Related Terms
What Is the Nasdaq Composite Index?
The Nasdaq Composite Index is a broad-based market index that includes more than 3,700 stocks listed on the Nasdaq stock exchange.
more
What Is the S&P 600?
The S&P 600 is an index of small-cap stocks managed by Standard & Poor's, comparable to the Russell 2000.
more
What Is the CBOE Options Exchange?
The CBOE Options Exchange, formerly known as the Chicago Board Options Exchange (CBOE), is the world's largest options exchange
more
FAAMG Stocks
FAAMG is an abbreviation coined by Goldman Sachs for five of the top-performing tech stocks in the market, Facebook, Amazon, Apple, Microsoft, and Google.
more
What Is Investing?
Investing is allocating resources, usually money, with the expectation of earning an income or profit. Learn how to get started investing with our guide.
more
What Is Index Investing?
Index investing is a passive strategy that attempts to track the performance of a broad market index such as the S&P 500.
more