The CBOE 10 Year Treasury Note Yield (TNX) rallied to a four-month high on Thursday, while the iShares 20+ Year Treasury Bond Fund (TLT) fell to a four-month low, adding to speculation that the American economy is headed for higher interest rates and inflation. The financial media has picked up on this theme, proclaiming that the bond market is "waking up" to additional stimulus spending, whether it happens now or after the election.

The 10-year yield posted an all-time low in August and has been ticking higher since that time, closing at 0.848% on Thursday, but 200-day exponential moving average (EMA) resistance will come into play when the uptick reaches 0.915%. On the flip side, the bond fund just sliced through that support level, closing below the moving average for the first time since March 2019. Short-term price action may be instructive in this regard because a reversal and strong rally followed that downtick.

The most likely scenario for the bond market between now and 2021 is three-fold. First, yields move higher on the expectation that trillions will be poured into the U.S. economy. Second, that impulse fades quickly because it's already being discounted by bond traders. Third and most importantly, the bond market then take its clues from economic statistics, which in turn will be driven by COVID-19's lingering impact and the tone set by the next administration.

Yield refers to the earnings generated and realized on an investment over a particular period of time. It's expressed as a percentage based on the invested amount, current market value, or face value of the security. It includes the interest earned or dividends received from holding a particular security.

The instrument posted an all-time high at 15.84% in 1981 and entered a historic downtrend, carving more than 20 years of lower highs and lower lows into 2012, when it bottomed out near 1.50%. Yields then eased into a broad rectangular pattern, bounded by the low and resistance at 3.00%. Price action tested 200-month EMA resistance for the first time in 14 years in 2018 and reversed, settling at support for the third time in 2019.

Yields broke down during the first quarter of 2020, descending to an all-time low at 0.40% in March, and entered a narrow trading range with short-term resistance at 0.96%. A descending highs trendline is dropping into this level, which has also aligned with 200-day EMA resistance. As a result, a strongly positive catalyst may be needed to mount this barrier and head into much stronger resistance at the eight-year breakdown near 1.50%.

The bond fund traded in a 17-point range between 2002 and 2008, when it broke out in reaction to the developing economic collapse. The rally topped out at $123 at year end and turned tail, failing the breakout into the new decade. A subsequent uptick into 2012 posted a new high at $132, marking the second point in an ascending trendline that ended rallies in 2015, 2016, and 2019. The pandemic powered a breakout above that formidable barrier in the first quarter of 2020, reaching an all-time high near $180 in March.

A selloff into June ended at breakout support and the .382 Fibonacci rally retracement level, yielding a bounce that posted a lower high in August. The fund has been losing altitude since that time, closing below the 200-day EMA on Thursday. In turn, it looks like the stage is now set for a second test at major support near $153. Round that off, and common sense dictates that it will take a decline through $150 to confirm a failed breakout that exposes much lower levels.

A retracement refers to the temporary reversal of an overarching trend in a stock's price. Distinct from a reversal, retracements are short-term periods of movement against a trend, followed by a return to the previous trend.

Yields are headed higher while bonds are losing ground, but prevailing 2020 trends will remain in force until these instruments break through major barriers.

GrubHub Stock May Have Bottomed Out After Earnings Miss 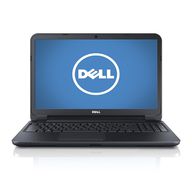 Dell Stock at 14-Month High After Confirming Spin-Off Talks
Partner Links
Related Terms
Head-Fake Trade
A head-fake trade is when a security's price makes a move in one direction, but then reverses course and moves in the opposite direction over a period of hours or days.
more
What Is the Force Index?
The force index is a technical indicator that uses price and volume to determine the power behind a price move and identifies turning points.
more
What Is a Head and Shoulders Chart Pattern in Technical Analysis?
A head and shoulders pattern is an indicator that appears on a chart as a set of three peaks or troughs, with the center peak or trough representing the head.
more
The Ascending Triangle Pattern: What It Is, How To Trade It
An ascending triangle is a chart pattern used in technical analysis created by a horizontal and rising trendline. The pattern is considered a continuation pattern, with the breakout from the pattern typically occurring in the direction of the overall trend.
more
What Are Fibonacci Retracement Levels, and What Do They Tell You?
Fibonacci retracement levels are horizontal lines that indicate where support and resistance are likely to occur. They are based on Fibonacci numbers.
more
Cup and Handle Pattern: How to Trade and Target with an Example
A cup and handle is a bullish technical price pattern that appears in the shape of a handled cup on a price chart. Learn how it works with an example, how to identify a target.
more
Dialog Heading