Investors should brace for a reversion to the mean in stock market returns, pundits warn. Since the 10-year bull market has delivered gains that are well above historical averages, it is bound to be followed a lengthy period of below-average, if not negative, returns. These predictions come as the S&P 500 Index (SPX) has posted its best four-month gain in two decades, reaching a new all-time high in the process.

"For U.S. equities over the next decade we should be expecting maybe a 1% to 2% return" given current stock market valuations, said Scott Minerd, global chief investment officer (CIO) at Guggenheim Investments, at a recent conference, as quoted by Business Insider. "This long period of outperformance is eventually going to run into a period of underperformance," he added.

The views of the four gurus are summarized in the table below.

In remarks at the Milken Institute Global Conference, Minerd indicated that both stock and bond valuations are "inflated," and thus due to decline. The S&P 500 has delivered an average annual gain of about 18% during the 10-year bull market, about twice its historical average. "We're continuing to inflate assets...and not really being compensated to take on a lot of risk," he added, per BI.

Grantham has a long reputation as a bear, and he did predict the 2000 and 2008 market crashes. He does not expect a crash now, but low returns ahead. "This will be limping along; three steps down, two steps back. It's not a typical experience," he told CNBC.

"At these prices, even the bears and the bulls and everyone in between at [my firm] GMO agree that over a long horizon, like 20 years, the U.S. market will be delivering 2 or 3 percent real [returns]. In the last 100 years, we're used to delivering perhaps 6 percent," he added. "This is not incredibly painful, but it's going to break a lot of hearts when we're right," he observed.

Shiller formulated the CAPE ratio, which bases stock market valuations on average earnings per share (EPS) over the past 10 years to smooth out the impact of the business cycle. Shiller has warned that CAPE readings since early 2018 have been near all-time highs, based on market history from 1871 onwards.

While Shiller expects lower stock market returns ahead, he has not offered specific numeric predictions. Nevertheless, respected New York-based economist and financial expert Stephen Jones recently used CAPE methodology to predict that the average annual real total return (dividends included and adjusted for inflation) for the S&P 500 will be 2.6% over the next 10 years, per MarketWatch.

Paulsen is bullish short-term. That's because his firm's proprietary "Worry Gauge," a contrarian indictor, is pointing to strong market gains over the next three months.

But Paulsen's longterm view has been different. For a longer term projection, last summer Paulsen discussed his Main Street Meter (MSM), which divides the Michigan Consumer Sentiment Index (MCSI) by the unemployment rate. The meter was registering its third-highest level since 1960 and thus "suggests the recovery's capacity utilization is near the top!," he wrote. "Although not a perfect relationship, the total return of the stock market over the next five years is closely and inversely related to the current level of the MSM," he added.

Morningstar, the investment research firm, also has been early in the game in predicting a lost decade of returns. “Our expectation at the moment is that you won’t have any real return from U.S. equities over the next 10 years,” as Dan Kemp, chief investment officer for Europe, the Middle East and Africa at Morningstar Investment Management Europe, warned last summer, per MarketWatch. While the actual direction of the markets is uncertain, historically high valuations and an extended period of above-trend returns reasonably can be taken as indicators of leaner times ahead.

Why Morgan Stanley Says the 60/40 Portfolio Is Doomed 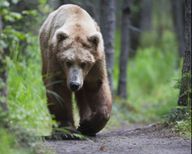 Contrarian Sees Minus 2.7% Returns for Large Stocks Next 7 Years

Market Wizards: Why Buffett, Shiller Models Are Bearish On Stocks
Partner Links
Related Terms
CAPE Ratio (Shiller PE Ratio): Definition, Formula, Uses, Example
The CAPE ratio is a measurement that adjusts past company earnings by inflation to present a snapshot of stock market affordability at a given point in time.
more
P/E 10 Ratio
The P/E 10 ratio is a valuation measure, generally applied to broad equity indices, that uses real per-share earnings over a 10-year period. It is also known as the cyclically adjusted price earnings ratio.
more
Santa Claus Rally Definition
A Santa Claus rally describes sustained increases in the stock market that sometimes begin in the week leading up to Dec. 25, before the Christmas holiday.
more
Stalwart
Stalwart is a description of companies that have large capitalizations and provide investors with slow but steady and dependable growth prospects.
more
FTX: An Overview of the Exchange and Its Collapse
FTX, once the third-largest centralized cryptocurrency exchange, is now in U.S. bankruptcy. Its founder faces criminal and civil charges and goes to trial in October.
more
Presidential Election Cycle Theory
The presidential election cycle theory attempts to forecast trends in U.S. stock markets following the election of a new president.
more