Activist investor Third Point is urging Intel to retain an investment advisor to explore strategic alternatives, including whether the chipmaker should remain an integrated device manufacturer and the potential divestment of certain failed acquisitions.

In a Tuesday letter viewed by Investopedia, Third Point CEO Dan Loeb wrote to Intel Chair Oman Ishrak saying the company must immediately work to boost its position as a major provider of processor chips for PCs and data centers.

Loeb lamented that Intel lost its top position in microprocessor manufacturing to Taiwan Semiconductor Manufacturing and South Korea’s Samsung, as well as lost its market share in its core PC and data center markets to Advanced Micro Devices. In addition, NVIDIA’s GPUs have dominated the market for training complex computational models used in artificial intelligence applications, while Intel has largely been absent in that nascent market, the letter continued.

Meanwhile, Intel customers like Apple, Microsoft, and Amazon are starting to develop their own in-house silicon solutions and sending those designs to be manufactured in East Asia, Loeb said. He recommended Intel offer new independent solutions to retain those customers rather than have them send their manufacturing away. “Intel must figure out how to serve its competitors as customers,” Loeb said.

The activist believes that Intel should consider separating its chip design from its semiconductor fabrication plant manufacturing operations, Reuters reported, noting that Third Point is open to a joint venture in manufacturing. The activist has built a nearly $1 billion stake in Intel.

“Without immediate change at Intel, we fear that America’s access to leading-edge semiconductor supply will erode, forcing the U.S. to rely more heavily on a geopolitically unstable East Asia to power everything from PCs to data centers to critical infrastructure and more,” the letter said.

Specifically, Loeb said Intel must control its “human capital management issue,” as many of the company’s talented chip designers and leaders have left the company, while those who remain are becoming “demoralized by the status quo.”

“Intel was built on the vision of engineering genius and, without the best talent, the current trajectory will not be reversed,” Loeb continued. “Solving Intel’s human capital management issue should be the Board’s most urgent task.”

In response, Intel said it "welcomes input from all investors regarding enhanced shareholder value," adding that it looks forward to engaging with Third Point on their ideas toward that goal.

Shares in Intel have tumbled 19% so far this year. Competitors Micron, Automated Micro Devices, and NVIDIA gained 26%, 84%, and 115%, respectively, during the same period.

Inside Intel: A Look at the Mega Chip Maker 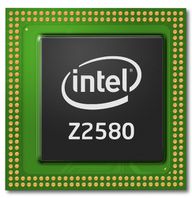 How Nvidia Makes Money: Graphics Segment Generates the Most Revenue

Top Tech Stocks for August 2022
Partner Links
Related Terms
Semiconductor
A semiconductor is an electrical component in consumer and industrial products. Read how they work and how to invest in the semiconductor industry.
more
Who Is Bernard Arnault?
Arnault, the wealthiest person in France and one of the wealthiest in the world, is Chair and CEO of LVMH, the world's largest luxury conglomerate.
more
What Is Ethereum?
Ethereum is a blockchain-based software platform with the native coin, ether. Ethereum smart contracts support a variety of distributed apps across the crypto ecosystem.
more
Blockchain Explained
A blockchain is a digitally distributed, decentralized, public ledger that exists across a network. It is most noteworthy in its use with cryptocurrencies and NFTs.
more
Who Is Amancio Ortega?
Ortega, the wealthiest person in Spain, is Founding Chair of retail giant Inditex, the parent company of Zara, the world’s largest fashion retailer.
more
Bitcoin Mining
Breaking down everything you need to know about Bitcoin mining, from blockchain and block rewards to proof of work and mining pools.
more