Adobe's purchase of privately held Figma is expected to close in sometime in 2023. The transaction is subject to regulatory clearances and approvals, among other conditions, which include the approval of Figma's stockholders.

Details of the Deal

The roughly $20 billion payment from Adobe will comprise approximately half cash and half stock. About 6 million additional restricted stock units will be granted to Figma's CEO and employees. These units will vest over the four years subsequent to closing. Adobe expects that the cash consideration will be financed through cash on hand and, if necessary, a term loan.

Adobe says that its "mission is to change the world through digital experiences." The company asserts that "the digital economy runs on Adobe's tools and platforms." In particular, Adobe cites its main accomplishments as ranging from: "revolutionizing imaging and creative expression with Photoshop; to pioneering electronic documents through PDF; to creating the digital marketing category with Adobe Experience Cloud."

Adobe states that Figma's mission is to help teams collaborate visually and make design accessible to all. It also notes that Figma pioneered product design on the web and that it facilitates collaboration through "multi-player workflows, sophisticated design systems and a rich, extensible developer ecosystem." Adobe also indicates that Figma's platform is used by millions of designers and developers and that it also has "a loyal student following." The combined company, Adobe claims, "will reimagine the future of creativity and productivity, accelerate creativity on the web, advance product design and inspire global communities of creators, designers and developers."

The negative reaction of the markets on Sept. 15 appears to be a combination of concern that Adobe is overpaying for Figma and disappointment over Adobe's earnings report for the third quarter of its current fiscal year. Adjusted earnings per share (EPS) beat estimates by 1.5% and were up year over year (YOY) by 9.3%, but revenues were down YOY by 4.1%.

Salesforce to Axe 10% of Workers 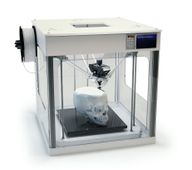 Top Marijuana Penny Stocks
Partner Links
Related Terms
Software as a Service (SaaS): Definition and Examples
SaaS or Software as a Service uses cloud computing to provide users with access to a program via the Internet, commonly using a subscription service format.
more
Mergers and Acquisitions (M&A): Types, Structures, Valuations
The term mergers and acquisitions (M&A) refers to the consolidation of companies or their major assets through financial transactions between companies.
more
Special Purpose Acquisition Company (SPAC) Explained: Examples and Risks
A special purpose acquisition company (SPAC) is a publicly traded company created for the purpose of acquiring or merging with an existing company.
more
What Is a Freelancer: Examples, Taxes, Benefits, and Drawbacks
A freelancer is an individual who earns money on a per-job or per-task basis, usually for short-term work.
more
New York Stock Exchange (NYSE): Definition, How It Works, History
The New York Stock Exchange, located in New York City, is the world's largest equities-based exchange in terms of total market capitalization.
more
What Was Enron? What Happened and Who Was Responsible
Enron was a U.S. energy company that perpetrated one of the biggest accounting frauds in history. Read about Enron’s CEO and the company’s demise.
more