A major risk of the U.S.-China trade war that stock investors have overlooked until now is the dependence of dozens of big American companies on rare earth materials to make products, generate revenue and profit growth, and boost their stock prices. Now China's threat to use its dominant global position in exporting rare earth materials as a trade war bargaining chip threatens to disrupt the growth of U.S. companies, including Apple Inc. (AAPL), electric car manufacturer Tesla Inc. (TSLA), and defense contractor Raytheon Co. (RTN), according to Barron's, as well as other military contractors including Lockheed Martin Corp. (LMT), according to other reports.

The impact on the U.S. economy would be broad and deep if China chose either to cut off exports or, more likely, to curtail the supply sharply. That would send rare earth prices soaring and. in turn, boost prices of many consumer and industrial goods. About 80% of the rare earth materials used in the U.S. is imported from China for use in mobile phones, personal computers, magnets, rechargeable batteries, auto parts, and advanced military hardware, among other things.

The table below shows how far Apple, Tesla and Raytheon already have dropped from their 2019 highs due to the trade war and other forces, and the leading products that would be affected by reduced supplies of rare earth materials.

Sources: Barron's, Yahoo Finance (pricing as of May 30 open)

Apple, one of the world's largest companies by market value, is extremely dependent on rare earth materials. There are a total of 17 chemical elements that comprise the group of so-called rare earth materials, and 9 of them are used in Apple's flagship product, the iPhone, according to CultofMac.com. These are, with their chemical symbols: Yttrium (Y), Lanthanum (La), Cerium (Ce), Praseodymium (Pr), Neodymium (Nd), Europium (Eu), Gadolinium (Gd), Terbium (Tb), and Dysprosium (Dy).

Moreover, China accounts for about 90% of Apple's supply of these 9 elements. Within the iPhone, per that and another CultofMac article, these elements are vital to producing a number of its components, including the internal circuitry, LCD display, the glass, the speakers, the camera, the receiver, and the taptic engine (as Apple calls it) which gives feedback to the user in the form of finely-calibrated vibrations that vary by purpose.

Apple has tried to reduce its dependence on fresh supplies of rare earth materials by recycling them. However, the amounts used are so small that this is proving to be very difficult. While Apple has developed a robot that can disassemble old iPhones and isolate the components containing these minerals, it cannot yet extract the minerals themselves, per The Street.com. Barron's also indicates that other attempts to recycle rare earths have failed so far.

In addition to Apple, Tesla and Raytheon face similar challenges. Electric vehicles use batteries and magnets that contain rare earth materials, and Tesla has been using a Chinese company as its supplier of magnets since 2016, Barron's notes. Regarding Raytheon, the article indicates that these minerals are critical to the production of many advanced devices used by the U.S. military, such as sensors and guidance systems for missiles, night vision equipment, and the gyroscopes used in jet aircraft. It could take years to find other foreign suppliers to replace China.

Who Are Tesla's Main Suppliers?

Investing in the Metals Markets 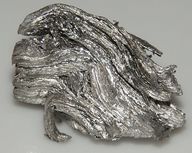 What Is Green Tech?
Green tech is a type of technology that is considered environmentally-friendly based on its production process or supply chain.
more
Facebook (FB) Papers: What You Need to Know
The Facebook (FB) Papers are a vast trove of internal documents made public by whistleblower Frances Haugen, casting the company in negative light.
more
Material News
Material news is news released by a company that might affect the value of its securities or influence investors' decisions.
more
Profit Warning
Profit warning occurs when a company advises shareholders and the public that its earnings results will not meet analyst expectations. A company generally issues a profit warning prior to the public announcement of its official earnings results.
more
Amazon's Stock May Rebound 11% From Steep Decline
Amazon's stock has fallen 17% from its 2018, and technical analysis now suggests that shares may rebound.
more
Earnings Call
An earnings call is a conference call between a public company, analysts, investors, and the media to discuss the company’s financial results.
more