Back in 1979, Chrysler was on the verge of bankruptcy and in desperate need of a $1.5 billion loan from the federal government.﻿﻿ However, Chrysler's troubles began further back in the 1960s, when the company tried to expand both within the United States and worldwide in an attempt to catch up to its main competitors. In hindsight, it was ill-advised as the seventies would have a total of three recessions, two energy crises, and new government environmental and fuel-efficiency standards. The fear of millions of jobs being lost, along with resurgent German and Japanese auto industries, had many concerned that an already weak economy could be pushed into a depression. All these factors eventually led to Chrysler's 1979 bailout by the federal government.

Just how exactly did the American automotive icon fall into such a precarious position? And why did the government bail out the company instead of letting it fail? To answer these questions, let's explore a number of factors that contributed to the company's decline, as well as the motivation for the government bailout.

What Led to Chrysler's Bailout?

Looking back, there is no single factor that drove Chrysler to the brink of bankruptcy. However, when you combine all of the factors together, it becomes clear how the company fell into such a desperate situation over time. Key factors that led to the company's near-bankruptcy include:

During the 1970s, Chrysler was affected by two major spikes in the price of oil and gasoline.﻿﻿ This created a chain reaction as many consumers cut back on the purchase of big-ticket items such as cars, while those who were in the market for new ones simply went to Chrysler's Japanese and German competitors, which offered more fuel-efficient cars that could accommodate their already tight budgets in a major energy crisis. This contributed to falling sales at the automaker.

High energy prices helped contribute to high inflation, which forced the Federal Reserve to raise interest rates to fight spiraling costs. The more interest rates rose, the more the economy slowed and the more expensive it became to obtain financing to purchase a new car. The high interest rates and a slow economy caused many consumers to simply put off their automobile purchases until later on.

With high gas prices and high interest rates, the inevitable started happening at Chrysler: falling sales. While its competitors, Ford (F) and General Motors (GM), were affected as well, they were much larger and were better able to withstand a fall in sales compared to Chrysler.

In 1979, Chrysler specialized in making large cars, vans, and recreational vehicles. As oil and gas prices rose sharply, many consumers purchased the more fuel-efficient cars that were produced by their competitors.﻿﻿ A second problem that Chrysler had in this area was that, unlike its competitors, Chrysler would produce automobiles on speculation versus building the cars as the orders were received by the dealers. Since Chrysler's dealers were having trouble selling the company's inefficient cars, this led to an inventory build-up on Chrysler lots.

With the massive amounts of unsold cars and dropping sales, many credit-rating agencies downgraded the company's debt. This meant that in order for them to raise money, they either had to pay more interest on any debt to keep the company running or simply be unable to raise additional funds in the markets. Chrysler chose not to raise funds in the public markets, meaning that they had to make what little working capital they had on hand work for them. This created a situation where the company was losing vast amounts of money, and in the course of just six months, the company went from $1.1 billion in working capital to just over $800 million.﻿﻿ Analysts were worried that the company's working capital could drop to $600 million, violating its credit agreement with 180 banks, and put the company in default.

After the end of World War II, the American automakers were the premier car manufacturers in the world. However, in the late 1960s, Germany and Japan started to aggressively market cars in the United States. The types of cars that they made were generally perceived to be of better quality and more fuel-efficient than American cars. As the cost of oil and gasoline rose sharply, many consumers decided that they would rather own the more fuel-efficient cars as opposed to gas-guzzling American cars. Chrysler found its sales dropping as many buyers went to foreign competitors to buy the cars they were looking for. This meant that Chrysler was left with unsold cars that consumers no longer wanted to buy.

Why Was Chryslers Bailout Spared?

Looking back, the bailout of Chrysler was an important milestone in U.S. history. It came at a time when the Cold War was at its height and the perceived economic decline of the U.S. was in full force. For many, the fall of an American icon would have led the country down a path of economic hardship that would be hard to break. However, there were many other reasons why Washington refused to allow this giant to disappear:

In 1977, Chrysler was awarded the contract to build the M-1 Abrams tank.﻿﻿ Since the 1960s, NATO had been looking for a tank that could replace its older models. The fear was that if Chrysler went under, the national security of the country would be compromised by the loss of a manufacturer for tanks, trucks, and other vehicles. At the height of the Cold War, it was thought the country had to be ready for anything.

Had Chrysler been allowed to fail, there would have immediately been 360,000 jobs lost. According to the Congressional Budget Office (CBO) in 1979, this would have caused a nationwide ripple effect and the loss of an additional 360,000 jobs as dealers and many communities that were dependent on the automaker were forced to make drastic cutbacks as a result of the bankruptcy. The fear was that with the economy in a recession, the job losses would continue to mount. Second, the bankruptcy of the company would force $800 million in unfunded pension obligations for the automaker's employees onto the federal government.﻿﻿

If Chrysler had gone under, many of its suppliers would have had a difficult time surviving as well. They could have continued to work with Ford and GM, but the effects of bankruptcy at Chrysler would have at least forced them to increase layoffs, which would have affected many communities across the country.

Throughout the 1960s, the quality of American cars had declined sharply. Many consumers felt that the Japanese and the Germans made better-quality cars. This was one reason why so many stopped buying American cars. The potential bankruptcy of Chrysler was a wake-up call for the auto industry. It either had to start producing more reliable, better-quality cars or it would continue to face major declines in sales.

The problems that Chrysler faced came to the forefront in 1979. There were a number of factors that all worked together simultaneously to put the company on the verge of bankruptcy. All of these factors forced the company to heavily lobby both Congress and the White House for a $1.5 billion loan to stay in business and protect millions of jobs.﻿﻿

While many critics wonder whether Chrysler's 1979 bailout actually worked, the facts show that the company was able to come out of the financial situation it was in and develop cars that the public would once again buy, such as the K-car, Avery, and minivan. Nearly thirty years later, in 2008, Chrysler would receive billions in a new bailout from the U.S. government in the aftermath of the financial crisis that decimated automotive sales over the following few years.﻿﻿ Chrysler filed for Chapter 11 bankruptcy in April 2009,﻿﻿ before being acquired in total by Fiat in 2014.﻿﻿ 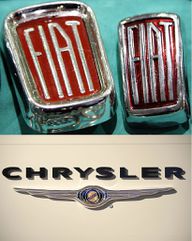 Chrysler Is Now Part of Stellantis

Who Are Tesla's (TSLA) Main Competitors?
Partner Links
Related Terms
Lehman Moment
“Lehman Moment” refers to when a company’s problems or one seemingly minor part of the economy turn out to be so large they become everyone’s problem.
more
Auto Sales
The term “auto sales” refers to the number of cars sold in the United States. Occasionally, the term will also be used to refer to the sale of light trucks.
more
The Great Depression: Overview, Causes, and Effects
The Great Depression was a devastating and prolonged economic recession that followed the crash of the U.S. stock market in 1929.
more
What Was Enron? What Happened and Who Was Responsible
Enron was a U.S. energy company that perpetrated one of the biggest accounting frauds in history. Read about Enron’s CEO and the company’s demise.
more
1973 Energy Crisis
The energy crisis of 1973 was one of two oil price shocks during the 1970s—the other was in 1979. Find out more about what caused it.
more
Chicken Tax Definition
The Chicken Tax began 50 years ago when Europeans set a tariff on American chickens—the U.S. retaliated with a 25% tariff on imported light trucks.
more