Determining the market value of a publicly-traded company can be done by multiplying its stock price by its outstanding shares. That's easy enough. But the process for private companies isn't as straightforward or transparent. Private companies don't report their financials publicly, and since there's no stock listed on an exchange, it's often difficult to determine the value for the company. Continue reading to find out more about private companies and some of the ways in which they're valued.

Valuations are an important part of business, for companies themselves, but also for investors. For companies, valuations can help measure their progress and success, and can help them track their performance in the market compared to others. Investors can use valuations to help determine the worth of potential investments. They can do this by using data and information made public by a company. Regardless of who the valuation is for, it essentially describes the company's worth.

As we mentioned above, determining the value of a public company is relatively simpler compared to private companies. That's because of the amount of data and information made available by public companies.

The most obvious difference between privately-held and publicly-traded companies is that public firms have sold at least a portion of the firm's ownership during an initial public offering (IPO). An IPO gives outside shareholders an opportunity to purchase a stake in the company or equity in the form of stock. Once the company goes through its IPO, shares are then sold on the secondary market to the general pool of investors.﻿

The ownership of private companies, on the other hand, remains in the hands of a select few shareholders. The list of owners typically includes the companies' founders, family members in the case of a family business, along with initial investors such as angel investors or venture capitalists. Private companies don't have the same requirements as public companies do for accounting standards. This makes it easier to report than if the company went public.

Public companies must adhere to accounting and reporting standards. These standards—stipulated by the Securities and Exchange Commission (SEC)—include reporting numerous filings to shareholders including annual and quarterly earnings reports and notices of insider trading activity.﻿﻿

Private companies are not bound by such stringent regulations. This allows them to conduct business without having to worry so much about SEC policy and public shareholder perception. The lack of strict reporting requirements is one of the major reasons why private companies remain private.﻿﻿

The biggest advantage of going public is the ability to tap the public financial markets for capital by issuing public shares or corporate bonds. Having access to such capital can allow public companies to raise funds to take on new projects or expand the business.

Although private companies are not typically accessible to the average investor, there are times when private firms may need to raise capital. As a result, they may need to sell part of the ownership in the company. For example, private companies may elect to offer employees the opportunity to purchase stock in the company as compensation by making shares available for purchase.

Privately-held firms may also seek capital from private equity investments and venture capital. In such a case, those investing in a private company must be able to estimate the firm's value before making an investment decision. In the next section, we'll explore some of the valuation methods of private companies used by investors.

The most common way to estimate the value of a private company is to use comparable company analysis (CCA). This approach involves searching for publicly-traded companies that most closely resemble the private or target firm.

The process includes researching companies of the same industry, ideally a direct competitor, similar size, age, and growth rate. Typically, several companies in the industry are identified that are similar to the target firm. Once an industry group is established, averages of their valuations or multiples can be calculated to provide a sense of where the private company fits within its industry.

For example, if we were trying to value an equity stake in a mid-sized apparel retailer, we would look for public companies of similar size and stature with the target firm. Once the peer group is established, we would calculate the industry averages including operating margins, free-cash-flow and sales per square foot—an important metric in retail sales.

Equity valuation metrics must also be collected, including price-to-earnings, price-to-sales, price-to-book, and price-to-free cash flow. The EBITDA multiple can help in finding the target firm's enterprise value (EV)—which is why it's also called the enterprise value multiple. This provides a much more accurate valuation because it includes debt in its value calculation.

If the target firm operates in an industry that has seen recent acquisitions, corporate mergers, or IPOs, we can use the financial information from those transactions to calculate a valuation. Since investment bankers and corporate finance teams have already determined the value of the target's closest competitors, we can use their findings to analyze companies with comparable market share to come up with an estimate of the target's firm's valuation.

While no two firms are the same, by consolidating and averaging the data from the comparable company analysis, we can determine how the target firm compares to the publicly-traded peer group. From there, we're in a better position to estimate the target firm's value.

The discounted cash flow method of valuing a private company, the discounted cash flow of similar companies in the peer group is calculated and applied to the target firm. The first step involves estimating the revenue growth of the target firm by averaging the revenue growth rates of the companies in the peer group.

This can often be a challenge for private companies due to the company's stage in its lifecycle and management's accounting methods. Since private companies are not held to the same stringent accounting standards as public firms, private firms' accounting statements often differ significantly and may include some personal expenses along with business expenses—not uncommon in smaller family-owned businesses—along with owner salaries, which will also include the payment of dividends to ownership.

Once revenue has been estimated, we can estimate expected changes in operating costs, taxes and working capital. Free cash flow can then be calculated. This provides the operating cash remaining after capital expenditures have been deducted. Free cash flow is typically used by investors to determine how much money is available to give back to shareholders in, for example, the form of dividends.

The cost of equity can be estimated using the Capital Asset Pricing Model (CAPM). The cost of debt will often be determined by examining the target's credit history to determine the interest rates being charged to the firm. The capital structure details including the debt and equity weightings, as well as the cost of capital from the peer group also need to be factored into the WACC calculations.

Although determining the target's capital structure can be difficult, industry averages can help in the calculations. However, it's likely that the costs of equity and debt for the private firm will be higher than its publicly-traded counterparts, so slight adjustments may be required to the average corporate structure to account for these inflated costs. Often, a premium is added to the cost of equity for a private firm to compensate for the lack of liquidity in holding an equity position in the firm.

Once the appropriate capital structure has been estimated, the WACC can be calculated. The WACC provides the discount rate for the target firm so that by discounting the target's estimated cash flows, we can establish a fair value of the private firm. The illiquidity premium, as previously mentioned, can also be added to the discount rate to compensate potential investors for the private investment.

Private company valuations may not be accurate because they rely on assumptions and estimations.

While there may be some valid ways we can value private companies, it isn't an exact science. That's because these calculations are merely based on a series of assumptions and estimates. Moreover, there may be certain one-time events that may affect a comparable firm, which can sway a private company's valuation. These kind of circumstances are often hard to factor in, and generally require more reliability. Public company valuations, on the other hand, tend to be much more concrete because their values are based on actual data.

As you can see, the valuation of a private firm is full of assumptions, best guess estimates, and industry averages. With the lack of transparency involved in privately-held companies, it's a difficult task to place a reliable value on such businesses. Several other methods exist that are used in the private equity industry and by corporate finance advisory teams to determine the valuations of private companies.

Article Sources
Investopedia requires writers to use primary sources to support their work. These include white papers, government data, original reporting, and interviews with industry experts. We also reference original research from other reputable publishers where appropriate. You can learn more about the standards we follow in producing accurate, unbiased content in our editorial policy.
Take the Next Step to Invest
×
The offers that appear in this table are from partnerships from which Investopedia receives compensation. This compensation may impact how and where listings appear. Investopedia does not include all offers available in the marketplace.
Service
Name
Description
Part Of
How to Value a Company
Related Articles

The Comparables Approach to Equity Valuation

Cost of Capital vs. Discount Rate: What's the Difference? 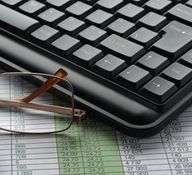 How Do I Value the Shares That I Own in a Private Company?
Partner Links
Related Terms
What Is Valuation?
A valuation is a technique that looks to estimate the current worth of an asset or company.
more
Enterprise Value (EV) Formula and What It Means
Enterprise value (EV) is a measure of a company's total value, often used as a comprehensive alternative to equity market capitalization that includes debt.
more
Mergers and Acquisitions (M&A): Types, Structures, Valuations
The term mergers and acquisitions (M&A) refers to the consolidation of companies or their major assets through financial transactions between companies.
more
Total Enterprise Valuation (TEV): Definition, Calculation, Uses
Total enterprise value (TEV) is a valuation measurement used to compare companies with varying levels of debt.
more
Weighted Average Cost of Capital (WACC) Explained with Formula and Example
The weighted average cost of capital (WACC) calculates a firm’s cost of capital, proportionately weighing each category of capital.
more
Discounted Cash Flow (DCF) Explained With Formula and Examples
Discounted cash flow (DCF) is a valuation method used to estimate the attractiveness of an investment opportunity.
more
Dialog Heading