Regardless of your particular financial status, keeping tabs on the ultrarich—whether with admiration, envy, or resentment—is perhaps more pleasurable and less demanding than researching a mortgage, shopping for online brokers, or getting schooled on complex topics in finance and economics, like how exchange traded funds work and the pros and cons of gross domestic product (GDP).

To be sure, the appeal of wealthy families reflects a culture that fetishizes wealth and lionizes the rich. The upper echelon of business leaders are celebrities of a sort, as scrutinized for their ability to perform as athletes, actors, and politicians. Successful family businesses may offer a universal appeal. Few of us will ever become billionaires, but everyone has a family. What’s more, family businesses imply values of authenticity, tradition, heritage, lineage, and quality. And wealthy families suggest royalty, especially if the wealth is intergenerational.

For the sake of simplicity, we have limited our list of richest families to those groups who originally made their fortunes through business, even if some heirs who still enjoy the money haven’t been employed in the business.

The Waltons are the richest family in America—and, by some measures, the wealthiest in the world. At the top of the value chain, in 2022, Alice, Jim, and Rob Walton are each worth over $60 billion and ranked No. 16, 18, and 19, respectively, on Forbes' billionaire list.

Walmart is a retail behemoth. Founded by Sam Walton in Arkansas in 1962, Walmart is now the world’s largest company by 2021 revenues, with $524 billion and over 2.3 million U.S. associates.

If Walmart employees comprised their own city, it would be the third most populous American city. The company operates approximately 10,500 retail stores worldwide and 4,742 stores in the U.S. as of May 2022.

Best known for big-box stores in rural and suburban America, Walmart is celebrated for its low-priced products and criticized for its labor practices. The company failed to bring its big-box consumer lifestyle to New York City, unlike its competitor, Target.

Mars is the Walmart of candy—a multigenerational family business that is ubiquitous and wildly popular. Today, the company is better known for making M&Ms than for its eponymous Mars bar. In 2017, the world’s largest candy company diversified with the purchase of VCA, a pet care company, for $9.1 billion.

Siblings Jacqueline and John Mars, whose grandfather, Frank Mars, founded the company, each has a net worth of $31.7 billion and are tied for No. 41 on Forbes' list of billionaires. The company is now being run by some of their children, the fourth generation of Mars family members.

Charles Koch owes his staggering fortune to an oil business founded by his father, but today, he is perhaps better known to the general public for his politics, digging into his deep pockets to place his stamp on it—financing candidates and libertarian think tanks, funding university professorships, and lobbying for policy positions, all aimed at furthering a conservative agenda.

Charles partnered with his brother David until the latter’s death in 2019. Charles is worth an estimated $60 billion, tied for the 21st spot with David’s widow Julia Koch and family on Forbes billionaires list.

French fashion house and luxury purveyor Hermès has dazzled the world with its signature scarves, neckties, and perfumes, as well as its iconic Kelly and Birkin handbags. Back in the 19th century, Thierry Hermès fashioned riding apparel for the aristocracy.

Today, the company dresses basketball royalty such as LeBron James. Fusing old-school and new technology, Hermès Apple Watches sell for $1,299 and up. Axel Dumas currently serves as the company’s CEO and chair, and Pierre-Alexis Dumas is the artistic director.

The House of Saud, the Saudi royal family, has a monarchical history extending back nearly a century. The family’s massive fortune, estimated at $100 billion, has grown thanks to decades of payments from the Royal Diwan, the king’s executive office.

Ties with Saudi Aramco, the world’s most profitable company and a behemoth of the oil industry, ensure that the Saudi royal family continues to accumulate wealth. It’s difficult to accurately assess the wealth of the House of Saud, in part because the family contains as many as 15,000 extended members, many of whom have founded businesses, received government contracts, and more.

French high-fashion house Chanel is legendary for the timeless “little black dress,” the No.5 perfume, and the late high-profile designer Karl Lagerfeld, who died on Feb. 19, 2019.

Brothers Alain and Gerhard Wertheimer now co-own the company that their grandfather staked with founder Gabrielle Coco Chanel. The brothers are both ranked 43rd on the Forbes billionaires list, with a net worth of $31.2 billion each.

Fidelity Investments was founded by Edward C. Johnson II in 1946 and is one of the largest financial services firms in the world, providing investment services to millions of people. The firm is now run by Johnson’s granddaughter, Abigail Johnson, who ranks 75th on the Forbes billionaires list at a net worth of $21.2 billion.

The Thomson family garners its wealth from Thomson Reuters, the media company. The family got its start in the 1930s when Roy Thomson started a radio station in Ontario, Canada, and later moved into newspapers.

Roy Thomson's grandson David Thomson is the chairman of Thomson Reuters. He ranks 26th on Forbes' billionaire list with a net worth of $49.2 billion.

Boehringer Ingelheim is a German pharmaceuticals company with more than 130 years of history. The Boehringer family, along with the von Baumbachs, remain in control of the company several generations later.

What Is the Richest Family on Earth?

According to Bloomberg, with $238 billion of estimated wealth in 2021, the Walton family is the richest family in America and possibly the entire world.

Which 10 Families Are the Wealthiest?

The top 10 richest families in 2021 by estimated wealth are:

Who Are the Wealthiest People in the World?

Admittedly, this list may read as a naked celebration of wealth at a time of rising global inequality and the vanishing middle class or an implicit condoning of heedless consumption at a time when the future of wealth itself is in question due to technological disruption and climate change. Moreover, the focus on families means the list doesn’t include the world’s three richest individuals. 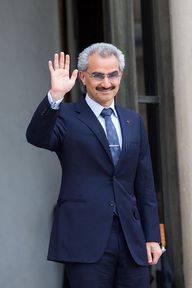 What Is Donald Trump’s Actual Net Worth?

Who Is Jim Walton?
Jim Walton is an American businessman and son of Walmart founder Sam Walton. He is the chair of the Arvest Bank Group and heir to the Walton fortune.
more
Billionaire Definition
A billionaire is an individual who has assets or a net worth of at least one billion currency units such as dollars, euros, or pounds.
more
Trillionaire
A trillionaire is an individual with a net worth of more than one trillion in U.S. dollars or another similarly valued currency.
more
Who Is Christy Walton?
Christy Walton is one of the world’s wealthiest people thanks to an inheritance from her husband John Walton, who died in a plane crash in 2005.
more
Who Is Amancio Ortega?
Ortega, the wealthiest person in Spain, is Founding Chair of retail giant Inditex, the parent company of Zara, the world’s largest fashion retailer.
more
How Is Wealth Measured?
Wealth measures the value of all assets of worth owned by a person, community, company, or country. Here we discuss how to build and manage wealth.
more