The utilities sector is an essential aspect of any healthy economy. The equities included in this industry range from gas and electric companies to transmission providers. Essentially, it comes down to the companies that support the very infrastructure of any modern civilization.

Thomas F. Farrell II is the president, chair and CEO of Dominion Energy (D), positions which he has held since April 2007. He joined Dominion as a company director in 2005. Farrell is one of the highest-paid executives in the utilities sector. In 2019, he earned $2.56 million in pay, which includes $1.55 million in base salary plus annual incentive pay. He also received another $11.48 million in long-term incentive pay, bringing his total compensation for the year to about $14.05 million. In addition, Farrell holds 996,316 common shares of Dominion Energy and 224,226 restricted shares.

Dominion Energy is headquartered in Richmond, Virginia, and supplies energy to more than seven million customers in 20 states. In July 2020, it sold its gas transmission and storage business to Berkshire Hathaway (BRK.A, BRK.B) in a deal valued at $9.7 billion.

Christopher Crane is the president and CEO of Exelon (EXC). He has been a director at the company since 2012 and was president chief operating officer of Exelon and Exelon Generation from 2008 through 2012. In 2019, Crane received $15.44 million in compensation. This consisted of $1.34 million in base salary, $11 million in stock awards and the remainder coming other forms of compensation. He owns 1.04 million shares of the company. His retirement package was worth $34 million at the end of 2019.

Exelon is headquartered in Chicago. It has operations in 48 states, the District of Columbia and Canada. Crane joined the company in 1998, when it was ComEd, and became chief nuclear officer in 2004.

James Robo is the president, chief executive and chair of NextEra Energy (NEE). He has been president and CEO since July 2012, and was appointed chair in December 2013. In 2019, Robo received $21.87 million in compensation. This included a base salary of $1.45 million, stock awards of $11.74 million, option awards of $2.83 million, non-equity incentive pay of $4.6 million, and other forms of compensation. He owns approximately 1 million shares of the company.

Nicholas Akins is president, chief executive and chair of American Electric Power (AEP). Akins was an executive vice president from 2006 to 2011, when he became CEO. He was named chair in 2014. In 2019, Akins earned $14.5 million in total compensation. Of this, $1.48 million was base salary, $8.8 million was stock awards, $3.6 million was non-equity incentive pay and the remainder came from other forms of compensation. 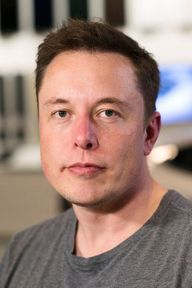 Who Are the Richest U.S. Senators?

Major Players in the 2008 Financial Crisis: Where Are They Now?
Partner Links
Related Terms
Utilities and the Utilities Sector: Pros and Cons for Investors
The Utilities Sector includes companies such as electric, gas, or water utilities, or those that operate as producers or distributors of power.
more
Who Is William Cavanaugh III?
William Cavanaugh III is the former Lead Director on the Board of Directors of the Duke Realty.
more
What Was Enron? What Happened and Who Was Responsible
Enron was a U.S. energy company that perpetrated one of the biggest accounting frauds in history. Read about Enron’s CEO and the company’s demise.
more
Who Is Shai Agassi?
Shai Agassi is an Israeli entrepreneur and founder of Better Place, a battery charging service for electric cars.
more
What Is a General Manager?
A general manager is a person in charge of a department within a company.
more
E. Linn Draper Jr.
E. Linn Draper Jr. is a former chair, CEO and president of Ohio-based public utility holding company American Electric Power Company.
more