For the eleventh time in a row, Aliko Dangote (b. 1957) has been named the richest man in Africa in 2022, with an estimated net worth of around $13 billion. He is also the richest black man in the world. The business empire he began to build more than three decades ago, Dangote Group, is one of the largest private-sector employers in Nigeria as well as the most valuable conglomerate in West Africa.

Shortly after graduating from college at 21, Dangote borrowed $3,000 from his uncle to import and sell agricultural commodities in Nigeria, his native country. His business venture quickly became a success, and as a result, he managed to repay the entire loan within three months of starting operations. Ultimately, Dangote was able to turn a local commodities trading business into a multibillion-dollar corporation.

Today, he is one of Africa's leading industrialists and philanthropists.

Born in 1957, Dangote grew up in an entrepreneurial household in Kano State, Nigeria. He was raised Muslim and lived an upper-class life. Dangote’s grandfather, Sanusi Dantata, was once named one of the wealthiest people living in Kano. He made his fortune selling commodities like oats and rice. Dantata became Dangote’s guardian in 1965 after the death of his father.

Having spent much of his childhood with his grandfather, Dangote quickly became interested in the world of business, once saying, “I can remember when I was in primary school, I would go and buy cartons of sweets [sugar boxes] and I would start selling them just to make money. I was so interested in business, even at that time.”

At age 21, Dangote graduated from Egypt's Al-Azhar University, considered one of Islam’s most prestigious universities. It was there the budding entrepreneur furthered his education in business.

Dangote's business interests encompass many industries, including oil and gas, consumer goods, and manufacturing. However, Dangote Cement makes up the majority of the conglomerate's revenue, of which Dangote owns 85%. According to Forbes magazine, the subsidiary produces 45.6 million metric tons of cement every year and operates in 10 African countries.

An Empire Is Born

After graduating from college in 1977, Dangote managed to convince his uncle to lend him money to start a business. The funds from the loan allowed him to import soft commodities at wholesale prices from international suppliers. Two of his main imports were rice from Thailand and sugar from Brazil. He then sold those items in small quantities to consumers in his village at a lucrative markup.

The venture quickly became successful and turned into a cash cow. In an interview with Forbes, Dangote claims that on his best days, he was realizing a daily net profit of $10,000. That allowed him to repay his uncle in only three months.

Cutting Out the Middleman

In 1997, Dangote realized that acting as a middleman was a very costly endeavor, so he built a plant to produce what he had been importing and selling for the previous 20 years: pasta, sugar, salt, and flour.

Around the same time, Dangote was awarded a state-owned cement company. Dangote significantly expanded the operations of the company in 2005 by constructing a multimillion-dollar manufacturing plant. The construction was financed with $319 million of Dangote's own money in addition to a $479 million loan from the International Finance Corporation, a sister organization of The World Bank.

Each of his manufacturing divisions has since been separated into publicly traded companies: Dangote Sugar Refinery PLC., National Salt Company of Nigeria PLC., and Dangote Cement PLC.

Dangote has always reinvested the majority of his profits back into his businesses—one reason the company has grown so much since its inception. During an interview with Al Jazeera News, Aliko Dangote explained, ‘‘We [Dangote Group] are not doing like other Africans who keep most of their money in the bank. We do not keep money in the bank. We fully invest whatever we have and we keep on investing (sic).’’

Unlike many wealthy Nigerians who made their fortune in oil, Dangote initially chose to go down a different path, but he has since entered the oil and gas industry. In an effort to put some of his cash reserves to work, Dangote is working on a massive oil refinery in Lagos, which is projected to start operations in late 2021. If successful, it could significantly reduce Nigeria's reliance on international suppliers for oil and gas and end the import of $7 billion in fuel a year.

The $15 billion refinery in Nigeria is the largest industrial project ever in Nigeria and is expected to produce 650,000 barrels of oil per day.

Aliko Dangote is a leading philanthropist and founded his eponymous private charitable foundation in 1994. The Aliko Dangote Foundation (ADF) is dedicated to adding value to people's lives across Africa by supporting health, education, and economic empowerment initiatives. Now, the foundation is the largest private foundation in sub-Saharan Africa.

Notably, Dangote's Foundation began partnering with the Bill and Melinda Gates Foundation in 2013 in order to eradicate polio and strengthen routine immunizations throughout the country. In August 2020, the entire African continent (of which Nigeria was last) celebrated its official certification as free of wild polio.

How Did Aliko Dangote Get Rich?

Aliko Dangote made his fortune by importing and selling agricultural commodities, and later through oil and gas, consumer goods, and manufacturing. The majority of Dangote's fortune comes from Dangote Cement, which produces 45.6 million metric tons of cement every year and operates in 10 African countries.

What Is Aliko Dangote Known for?

Aliko Dangote is known as one of Africa's top industrialists. Dangote's companies primarily produce cement, oil, and other commodities such as sugar.

Who Is the Richest Black Person in the World?

Who Is the Richest Person in the World?

As of mid-2022, Elon Musk is the richest person in the world, with an estimate net worth of $219 billion. Musk is followed by Jeff Bezos, who is worth $171 billion.

How Many Wives Does Aliko Dangote Have?

Aliko Dangote has one wife currently. He has married a total of three times, with two previous divorces. He has three daughters.

Aliko Dangote's journey to fortune is not a rags-to-riches story. He came from a wealthy family that was able to provide the financial assistance he needed to start his business. Over the years, Dangote has expanded into new business segments, including telecommunications, real estate, and steel manufacturing. Today his holding company, Dangote Group, is the largest conglomerate in West Africa. His title as "richest man in Africa" seems to be one he'll hold for years to come. 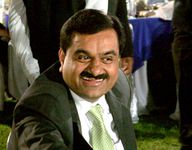 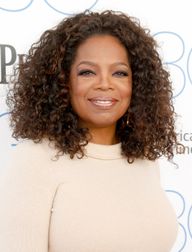 Inside the Rise and Fall of America's Greatest Corporate Empire
Partner Links
Related Terms
Who Is Mukesh Ambani?
Mukesh Ambani heads Indian conglomerate Reliance Industries Limited, a Fortune Global 500 company and the largest private sector company in India.
more
Who Is Charlie Munger?
Charlie Munger is Vice Chair and second-in-command to Warren Buffett, the legendary investor who chairs the $355-billion conglomerate, Berkshire Hathaway.
more
Who Is Amancio Ortega?
Ortega, the wealthiest person in Spain, is Founding Chair of retail giant Inditex, the parent company of Zara, the world’s largest fashion retailer.
more
Who Is Bernard Arnault and What Companies Does LVMH Own?
Arnault, the wealthiest person in France and one of the wealthiest in the world, is Chair and CEO of LVMH, the world's largest luxury conglomerate.
more
Mogul
A mogul is an individual who has been very successful in business and has become very wealthy as a result.
more
Trillionaire Definition: How Much Money Is That and Who Will Be First?
A trillionaire is an individual with a net worth of more than one trillion in U.S. dollars or another similarly valued currency.
more