People who use certificates of deposit (CDs) to store their money safely tend to do so to avoid the risk associated with market-based assets, such as stock and bonds. However, for long-term investors, CDs may present a different type of risk that can be just as harmful as market risk—the risk of inflation. If the return on an investment does not at least keep up with the rate of inflation, it will result in the loss of purchasing power over the long term.

Currently, rates on CDs barely exceed the Consumer Price Index (CPI) rate. CD rates tend to track the CPI, which should alleviate concerns over inflation risk. However, a closer examination of how inflation is measured may be a cause for concern if you’re worried about your actual purchasing power in the future.

As of April 2022, the best one-year CD rates on the market were 2.25%, and the average was 0.17%. The average five-year jumbo CD rate was 2.35%. This means that at the moment, with inflation running at record highs, the rate of inflation is far higher than the return paid on CDs. This is true when one compares the average CD return to the standard CPI rate, and even more so when compared to the Core CPI rate, which may be a better measure of inflation in this context.

The inflation rate that should matter most to consumers and CD investors is what they actually feel in their wallets. Even if oil and food prices were included in the CPI, you may not feel the same effects of inflation as your neighbor if you don’t drive often or don’t eat a lot of corn. Lifestyle inflation, which is driven largely by consumption habits, has the most direct impact on purchasing power. Since most people consume gas and food, it would be very difficult to keep your lifestyle inflation rate much below the Core CPI rate. For many people, it can be much higher.

By some measures, CDs may be able to keep up with inflation. However, your actual purchasing power is based on your income after taxes. The interest earned from CDs held outside of a qualified retirement plan is taxable as ordinary income, so the net return of CDs is reduced by your effective tax rate. If your effective tax rate is 25%, the net return of a CD yielding 1% is only 0.75%.

CPI stands for Consumer Price Index, and it measures changes in price over time. CPI calculates inflation in the USA and other geographical locations.

What causes certificate of deposit (CD) rates to rise?

If your CD has a variable rate, it might rise due to a change in the Federal Reserve’s discount rate (the minimum interest rate that it charges banks to borrow money).

Is putting money in a CD worth it?

With CDs, there is always the risk that the returns won’t be able to keep up with inflation. However, CDs purchased through a bank offer security that other investments don’t, since they are insured by the Federal Deposit Insurance Corp. (FDIC).

No matter which method you use to measure inflation, the after-tax return of traditional CDs is no match for the rate of inflation. If you’re intent on investing in CDs due to a low tolerance for risk, consider some CD products that can potentially boost your returns without sacrificing safety.

For example, indexed CDs offer higher potential returns with the principal guarantees of a CD. Indexed CDs are linked to a market index, such as the S&P 500, which pays an interest rate that fluctuates with the market. The rate is usually capped on the upside; if the market index shows a loss, you’ll still receive a minimum interest rate. These are more complicated than traditional CDs, but they can offer safety-conscious investors the best of both worlds.

How Does Inflation Affect Fixed-Income Investments?

How to Profit From Inflation

How Inflation Affects Your Cost of Living 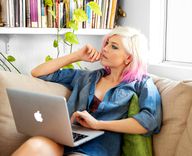 Certificates of Deposit (CDs) vs. Savings Accounts
Partner Links
Related Terms
Inflation: What It Is, How It Can Be Controlled, and Extreme Examples
Inflation is a decrease in the purchasing power of money, reflected in a general increase in the prices of goods and services in an economy.
more
Promotional Certificate of Deposit (CD) Rate
A promotional certificate of deposit (CD) rate is a higher rate of return on a CD offered by banks and credit unions to attract new deposits.
more
I Bond: What It Is, How It Works, Where to Buy
Series I bond is an interest-bearing U.S. government savings bond that earns a combined fixed interest and variable inflation rate (adjusted semiannually).
more
Risk Averse: What It Means, Investment Choices and Strategies
The term risk-averse describes the investor who prioritizes the preservation of capital over the potential for a high return.
more
Real Income, Inflation, and the Real Wages Formula
Real income, also known as real wage, is how much money an individual or entity makes after accounting for inflation.
more
Understanding Purchasing Power and the Consumer Price Index
Purchasing power is the value of a currency in terms of the goods or services one unit of it can buy. Discover how purchasing power impacts investors.
more