In a world where everything from coffee to houses is customized to the smallest details, little had changed in the wedding registry industry until Shan-Lyn Ma founded Zola in 2013.﻿﻿ Ma’s company is an online retailer that has shaken up the $74 billion industry﻿﻿ by launching an online platform to helping couples to more easily personalize and update their registry lists. Over 100,000 products are available to couples,﻿﻿ ranging from traditional wedding registry mainstays to unique gifts not found in any brick and mortar department store.

Zola was most recently valued at $650 million and,﻿﻿ according to Crunchbase, has raised $140.8 million in five rounds of fundraising.﻿﻿ The company’s estimated annual revenue is up to $120 million.﻿﻿ According to Zola, it has served 500,000 different couples since its launch. The firm is also partnered with about 600 brands — including Crate & Barrel, Soulcycle, and Sonos (SONO) — for a total of over 100,000 products.﻿﻿﻿﻿

Like other services that take retool traditional industries with technology, Zola’s key innovation is the flexibility it offers customers. Using Zola’s gift registry, couples can create a list of gifts they want from their friends and family all in one place.

Zola is still an underdog compared traditional registries at brick and mortar retailers like Target (TGT) and Bed Bath and Beyond (BBBY), but appeals to the millennial generation with its enormous online product catalog and easy-to-use app. Zola makes it easy to add or remove products and services to a registry with a swipe to the left or right, and provides a convenient alternative to the hours of wandering stores and scanning everything in sight. By providing one centralized online location for a couple’s registry, it also cuts shopping time for wedding guests.

In addition, Zola offers features that set it apart from traditional gift registries. Gift buyers can pool their money to collectively purchase the most expensive items on a couple’s list. Couples can also request cash they might apply toward a honeymoon, a dream home, or whatever they choose. The ability to pool money together is a dream come true for couples. Couples can also choose when gifts are delivered, so they do not need to worry about their new dishes being left on the porch while they are on their honeymoon. Finally, Zola also has tools to help couples think outside of the box when creating their registry lists, with features that can suggest interesting products they might never have thought of otherwise.

These features not only make the often complicated process of wishing for and giving wedding gifts easier, but they also offer new ways for friends and family to use their money to help newlyweds begin their new life together.

Where the Revenue Comes From

Like other online stores, Zola makes money by taking a cut of the purchases made through its site. When a customer buys an experience through Zola – like a guided trip or a wine tour, the company keeps about 20% of the sale. And when a customer buys a product, Zola keeps as much as 40%, which is comparable to other retailers.﻿﻿

Since the vast majority of the items Zola sells are shipped directly from the manufacturer, the company itself has practically no inventory. This means Zola has a much smaller overhead than competing services. While other sites such as Amazon (AMZN) offer registry services with wide ranges of products, Zola differentiates itself with a large selection of activity packages, cash options, and numerous ways to personalize the experience.

The percentage of revenue generated by product sales that Zola claims for itself.

Whenever couples request cash, Zola charges a 2.5% fee, which couples can choose to pay themselves or pass along to their guests.﻿﻿ However, according to Zola, the company does not make money from these fees. Instead, they go to covering transaction costs.﻿﻿

In 2017, Zola launched a suite of free services that help funnel potential customers toward the company’s online store. These services, which are known as “Zola Weddings” include the creation of wedding websites, guest lists, RSVP tracking, and customizable checklists.﻿﻿ These services obviously don’t produce any revenue for Zola directly but serve to boost the company’s sales revenue.

Zola Weddings demonstrates that Zola understands how important it is for online businesses to build an ecosystem of products that funnel potential customers toward revenue-making business segments. The effectiveness of this one-stop-shop technique is probably best exemplified by Chinese e-commerce giant Alibaba (BABA), which owns a vast network of websites that all lead back to its core e-commerce sites.

Although the services offered by Zola Weddings are free, they are still valuable because they funnel potential customers to Zola's online store.

Investors have taken note of Zola’s tech savviness. In May 2018, the company secured $100 million from six investors in its largest round of fundraising to date, more than double the amount that had been invested in Zola until then.﻿﻿

Going forward, Zola plans to keep launching new products to increase the reach of its business ecosystem, further bringing the fragmented wedding industry under one roof. Zola’s vision, according to Ma, is to be the “go-to wedding destination to plan every step of the wedding, from the engagement to the very first year of marriage.”﻿﻿

Despite the size of the wedding industry, its potential customer base is structurally limited to the number of couples getting engaged each year; about 2 million. To raise awareness about its products among this relatively small demographic, Zola has partnered with Comcast (CMCSA), which was one of the leading investors in last year’s $100 million round.﻿﻿ This partnership will make it easier for Zola to make appearances on popular shows on networks owned by the communications giant.

Zola’s biggest challenge is its competition with Amazon. The Seattle-based e-commerce giant also offers wedding registry services. And although Amazon’s offerings are much less comprehensive than Zola’s, Amazon is still the top wedding registry service in 24 states.﻿﻿ Zola will find it difficult to compete with Amazon’s unrivaled selection, as well as its wide-reaching brand recognition. This second factor is why it will be so key for Zola to advertise effectively going forward. 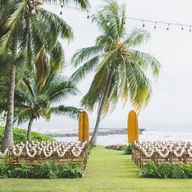 Pros and Cons of Destination Weddings

eBay vs. Amazon: What's the Difference?

How eBay Makes Money
Partner Links
Related Terms
Brick and Mortar Stores
The term "brick-and-mortar" refers to a traditional business that offers its products and services to its customers in an office or store, as opposed to an online-only business.
more
Affiliate Marketer: Definition, Examples, and How to Get Started
Affiliate marketing allows you to earn commissions for marketing another company's products or services.
more
Ecommerce Defined: Types, History, and Examples
Ecommerce is a business model that enables the buying and selling of goods and services over the Internet.
more
All About Brand Loyalty: What It Is, and How To Build It
Brand-loyal customers believe that a certain brand delivers both higher quality and better service than any competitor—and the price does not matter.
more
What Is C2C? How Does the Customer-to-Customer Model Work?
Customer to customer (C2C) is a business model whereby customers trade with each other using a third-party platform such as eBay or Craigslist.
more
Split Payment
A split payment is a means by which payment for a single order of goods or services is made using more than one payment method.
more
Dialog Heading