On Feb. 16, 2016, ADT Corporation was acquired by private equity funds managed by then Apollo Global Management LLC, now incorporated (NYSE: APO).﻿﻿ Since the company was bought, the security company saw a loss of $296 million on $3.2 billion in revenue during the first 9 months of 2017.﻿﻿

On January 18, 2018, the company raised $1.47 billion in its US IPO, priced at $14 a share, well below Wall Street's expectations of $17 to $19 per share.﻿﻿ Other private security firms will surely be watching the early days of the ADT stock.

Stanley CSS provides a full range of monitored security solutions in the U.S., Canada, and across Western Europe. A similar range of services is also marketed throughout Latin America under the Stanley Security Solutions brand. Stanley Black and Decker reported revenue of $492 billion in its 4Q 2020 financial statement for its security segment, which includes Stanley CSS and Mechanical Access Solutions, its access-control hardware business.﻿﻿

Vivint was a wholly-owned subsidiary of the privately held holding company APX Group Holdings, Inc.﻿﻿ However, in January 2020, Vivint announced it was going public and that it had completed its merger with Mosaic Acquisition Corp. The deal is worth $4.2 billion, as well as $488 million in additional equity.﻿﻿

The combined company is called Vivint Smart Home and will trade on the NYSE under ticker VVNT. Vivint Smart Home reported revenue of $332.5 million for 4Q 2020. At the close of the year, the company had more than 1.69 million subscribing customers.﻿﻿

Cork, Ireland-based Tyco International PLC is a global fire protection and security company, and it is the former corporate parent of ADT Corporation. ADT became an independent publicly-traded company after the completion of a 2012 spinoff from Tyco.﻿﻿ As a result of the spinoff agreement, ADT Corporation owns the rights to the ADT brand in the U.S. and Canada, while Tyco holds the rights to its use in all other jurisdictions. 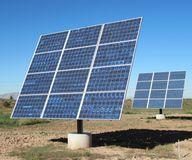 Social Networking Companies and What They Own

SunEdison: A Wall Street Boom-and-Bust Story
Partner Links
Related Terms
Smart Home: Definition, How They Work, Pros and Cons
A smart home is a home setup where internet-enabled appliances and devices can be automatically controlled remotely using a networked device.
more
What Was Enron? What Happened and Who Was Responsible
Enron was a U.S. energy company that perpetrated one of the biggest accounting frauds in history. Read about Enron’s CEO and the company’s demise.
more
What Are the Big Six Banks in Canada Today?
The Big Six refers to the major banks of Canada. The list includes the TD, Royal Bank, the Bank of Montreal, Scotiabank, CIBC, and the National Bank.
more
Guerrino de Luca
Guerrino de Luca is the Executive Director and former CEO of Logitech, S.A. He is also known for his earlier work at Apple.
more
What Is Nielsen Company? Definition, History, and How Data Works
The Nielsen Company is a global provider of market research and analyses of media and viewer interactions.
more
Canadian Derivatives Clearing Corporation (CDCC)
The Canadian Derivatives Clearing Corporation (CDCC) is a central clearing counterparty for exchange traded derivative products in Canada.
more