Nike Inc. (NKE) is a global footwear and apparel company that designs, develops, markets, and sells athletic footwear, apparel, equipment, accessories, and services. Although primarily designed for athletic use, many of its products are worn for casual or leisure activities. The majority of Nike's products are manufactured by independent contractors and are sold either direct-to-consumers through Nike retail outlets and digital platforms, or through independent distributors, licensees, and sales representatives.

Nike, which is based in Oregon, has a large number of major global rivals, including Adidas AG (ADDYY), ASICS Corp. (7936), Lululemon Athletica Inc. (LULU), Puma SE (PUMSY), and Under Armour Inc. (UAA).

Nike announced in March financial results for Q3 of its 2022 fiscal year (FY), the three-month period ended Feb. 28, 2022. The company posted a net income of $1.4 billion, down 3.7% from the year-ago quarter. Revenue grew 5.0% year over year (YOY) to $10.9 billion. Earnings before interest and taxes (EBIT), a profitability metric Nike uses for its individual business segments, rose 1.4% YOY to $1.7 billion.

Nike said in its financial statement filings for the quarter that the COVID-19 pandemic and its related impacts continue to affect global supply chains and create volatility in the company's global business results and operations. In Greater China, the company continues to experience heightened levels of temporary store closures due to a resurgence of coronavirus cases. The availability of the company's products also continue to be impacted by lengthy inventory transit times, which are due to port congestions, transportation delays, and labor and shipping container shortages.

Nike also breaks out revenue, but not profits, for its major product lines and distribution channels. The share of revenue generated by each of Nike's product lines in Q3 FY 2022, for example, was: Footwear (66%); Apparel (30%); Equipment (4%); and Other. A negligible amount is attributable to Other, which includes revenue from licensing businesses of the Global Brand Divisions and Converse segments, and to foreign currency hedge gains and losses accounted for in the Corporate segment.

Nike reports both revenue and EBIT for its individual business segments. The data reported in the pie charts above and in the share percentage calculations in the breakdowns below exclude negative revenue and EBIT amounts.

Nike's North America segment posted $3.9 billion in revenue in Q3 FY 2022, comprising nearly 36% of total revenue. EBIT came in at $967 million, comprising about 31% of the total. The segment's revenue grew 8.9% while EBIT fell 0.3% compared to the year-ago quarter.

Nike's Global Brand Divisions segment revenue is attributable to NIKE Brand's licensing businesses that are not part of any of the geographic segments, demand creation and operating overhead expense, and costs associated with its global digital operations and enterprise technology. The division posted $41 million in revenue in Q3 FY 2022, making up a small fraction of total revenue. The segment posted a $975 million loss before interest and taxes while revenue increased nearly sevenfold.

Nike's Converse segment is engaged in the design, distribution, licensing, and sale of casual sneakers, apparel, and accessories under the following trademarks: Converse, Chuck Taylor, All-Star, One Star, Star Chevron, and Jack Purcell. The segment posted $567 million in revenue during Q3 FY 2022, comprising about 5% of the total. It reported $168 million in EBIT, about 5% of the total. Revenue fell 0.5% while EBIT rose 12.0% compared to the year-ago quarter.

Nike's Corporate segment revenue primarily consists of foreign currency hedge gains and losses related to revenues generated by Nike's other operating segments. The segment posted revenue of -$19 million in Q3 FY 2022, a significant deterioration from revenue of $14 million in the year-ago quarter. The segment reported a loss before interest and taxes of $412 million.

How Nike Reports Diversity and Inclusiveness

As part of our effort to improve the awareness of the importance of diversity in companies, we offer investors a glimpse into the transparency of Nike and its commitment to diversity, inclusiveness, and social responsibility. We examined the data Nike releases to show you how it reports the diversity of its board and workforce to help readers make educated purchasing and investing decisions.

Article Sources
Investopedia requires writers to use primary sources to support their work. These include white papers, government data, original reporting, and interviews with industry experts. We also reference original research from other reputable publishers where appropriate. You can learn more about the standards we follow in producing accurate, unbiased content in our editorial policy.
Take the Next Step to Invest
×
The offers that appear in this table are from partnerships from which Investopedia receives compensation. This compensation may impact how and where listings appear. Investopedia does not include all offers available in the marketplace.
Service
Name
Description
Part Of
How Companies Make Money
Related Articles 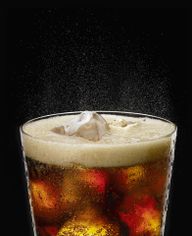 How Does PepsiCo Make Money? (PEP)
Partner Links
Related Terms
What is EMEA? Included Countries and Importance in Business
Europe, Middle East, and Africa (EMEA) is a geographical acronym used by many multinational corporations.
more
Year-Over-Year (YOY): What It Means, How It's Used in Finance
Year-over-year (YOY) describes how investors can see a difference in financials or information of a company between comparable quarters or years.
more
Fragmentation: Definition, Examples, Pros and Cons in Business
Fragmentation is the use of various suppliers and manufacturers to produce a good. It can also refer to market, industry, and business fragmentation.
more
Institute of Management Accountants (IMA)
Institute of Management Accountants (IMA) is the umbrella association for financial professionals.
more
Industrialization: What It Is, Examples, and Impacts on Society
Industrialization is the process of transforming the economy of a nation from a focus on agriculture to a reliance on manufacturing.
more
What Are Lion Economies?
“Lion economies” is a term that refers to the fastest growing economies in Africa and is analogous to the “tiger economies” in Asia.
more