Before Facebook (FB) became popular, there were a number of social networking sites that captured the attention of users, at least for a time. Lack of strategic planning, poor timing, or just plain bad luck contributed to the failure of these social media sites to achieve staying power. Three, in particular, remain in memory as fantastic upstarts that existed before Facebook came along and swept them all away as the dominant player in social media. In this article, we'll discuss what made Friendster, Myspace, and Second Life popular, and what eventually happened to each site.

At one point, Friendster was considered the premier social media site. Within just a few months of its launch, the company had more than three million monthly active users. In 2003, Friendster's founder, Jonathan Abrams, was offered $30 million by Google to purchase the site. Instead, Abrams chose to take on venture capital investment and try to grow the company.

The company ended up falling apart. It was unable to manage the pace of new subscribers. Web pages routinely didn't load on time or at all. And a site redesign didn't seem worth bothering about.

Friendster pretty much died in 2006, though with a strong following in some of the Asian markets it managed to survive a few more years. In 2011, it resurrected as a gaming site and remained live until 2015.

Research published by Cornell University says the main reason for Friendster's demise is that even though the site had millions of users in 2009, the links were not resilient enough between the networks people created to sustain their connection.

MySpace burst onto the scene in 2003 when co-founders Tom Anderson and Chris DeWolfe and their friends—who were all employed by eUniverse (later Intermix Media, Inc.)—essentially copied Friendster's model but left out the features they didn't like or feel were necessary. MySpace focused on sound infrastructure and scalability. It became a place for users to build a personal community and house personal profiles, blogs, groups, photos, music, and videos.

In 2005, Rupert Murdoch's News Corp bought Intermix Media, which owned MySpace, for $580 million. By that time, the social network had more than 20 million monthly users. At one point under News Corp, the website was valued at a whopping $12 billion.

But, post-2007, Myspace experienced a fall from grace in the social media space, losing millions of users monthly to the rising site Facebook. Some reasons that have been discussed widely were an oversaturation of advertising, slow load times, and a loss of innovation where features were concerned.

While not a traditional social media networking site, Second Life was at one point, one of the most popular ways to meet and interact with friends on the Internet. The website launched in 2003 by Linden Lab as a virtual world based on 3D modeling. The site aimed to empower users with the ability to interact with other people virtually, participate in jobs, and engage in other activities online through the use of an avatar.

While the business model was different enough from Facebook that it never became a true direct competitor, Second Life became so popular at one point that people began to make legitimate livings through their avatars and tapping into the Second Life economy. Some Second Life users even felt more at home with their virtual avatars than they did in the real world.

By 2013, Second Life had one million regular users. Similar to Friendster, Second Life's rapid growth in users caused the company to struggle with the stability of its infrastructure. In addition, the company was forced to comply with international laws that tried to regulate the money and activities that users were exchanging through the website. Security issues arose as well as a host of other problems, including pornography, intellectual property disputes, and fraud.

These factors, coupled with the high growth and user adoption of Facebook, caused Second Life to falter and lose users month over month. Second Life remains operational by Linden Lab.

Who Are Facebook's (Meta's) Main Competitors? 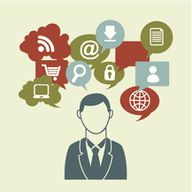 The Big Risks of Investing in Facebook (Meta) Stock

Top NFTs of December 2022
Partner Links
Related Terms
What Is Social Networking?
Social networking is the use of internet-based social media platforms to make connections and share various media with friends, family, colleagues, or customers.
more
Consolidation Phase
Consolidation phase is a stage in the industry life cycle where companies start to come together, reducing the number of individual companies.
more
Industry Life Cycle Analysis: Definition, 4 Stages, and Example
Industry life cycle analysis is part of the fundamental analysis of a company involving examination of the stage an industry is in at a given point in time.
more
Mark Zuckerberg: Founder and CEO of Meta (formerly Facebook)
Mark Zuckerberg is a self-made billionaire and the CEO of Meta (formerly Facebook), which he co-founded in his dorm room in 2004.
more
What Is Web 2.0? Definition, Impact, and Examples
Web 2.0 describes the current state of the internet, which has more user-generated content and end-user functionality than its earlier incarnation.
more
Second Life Economy
The Second Life economy is a vibrant marketplace where virtual goods and services are bought and sold in a three-dimensional gaming world called Second Life.
more