And those assets are growing, albeit at a slower pace than in previous years. On the whole, American colleges and universities grew their endowments by 1.8% net of fees in the financial year ending June 30, 2020. That is down from the 5.3% return recorded in the previous financial year.

These figures come from the National Association of College and University Business Officers and asset management firm TIAA, which gathered data from 705 colleges and universities and their affiliated foundations. Combined, these schools held $637.7 billion in assets. But while the top endowments were flush with billions of dollars in assets, the median endowment held just $164.6 million in funds.

University endowments work to earn a return on assets that can then be spent on priorities such as research, salaries, or financial aid. The typical endowment had a drawdown percentage of 4.59% in 2020, which was slightly higher than 4.36% of assets that endowments distributed in the previous year.

Here we look at the five largest university endowments in greater detail.

Harvard University has the largest endowment in the world, with $41.9 billion in assets at the end of 2020, up 2.4% from the year before. Harvard's endowment is comprised of more than 14,000 separate funds aggregated over the past 350 years.

The fund distributed $2 billion to the university in 2020, representing 37% of its revenue for the year. Harvard Management Company has overseen the university's endowment since 1974. About 36.4% of assets were allocated to hedge funds, which contributed a 7.9% return. Public equities accounted for 18.9% and contributed a 12.2% return, while private equity accounted for 23% and returned 11.6%.

Yale University's endowment increased by 2.9% in the 2020 financial year, reaching $31.2 billion in assets. The endowment distributed $1.5 billion to the university, representing about 34% of its revenue. The endowment's 6.8% return in 2020 trails its ten-year track record, which shows an average annual return of 10.9%. The endowment targets a minimum allocation of 30% to lower-risk assets such as cash, bonds, and absolute return funds. About 23.5% of assets are allocated toward venture capital and 17.5% toward leveraged buyouts.

Stanford University held $28.9 billion in endowment assets at the end of 2020, up 4.5% from 2019. The endowment distributed $1.4 billion to the university in 2020, for a drawdown percentage of 4.9% of assets. The amount represented 22.3% of the university's total expenses. The majority of endowment disbursements go toward scholarships, fellowships, professorships, and other academic support.

The endowment is overseen by Stanford Management Company, which manages other assets for the university. About 30.3% of the university's merged pool of assets is allocated toward private equity. Absolute return funds accounted for 21%, international equities another 19%, and real estate 8%.

About 24.5% of endowment spending goes toward supporting students. This allows the university to cover 100% of tuition, fees, and room and board for students from families earning less than $65,000 per year. About 24% of undergraduates receive a Pell Grant, which is awarded on the basis of financial need. More than 61% of undergrads receive financial aid, and 83% are able to leave school debt-free.

How Do University Endowments Work? 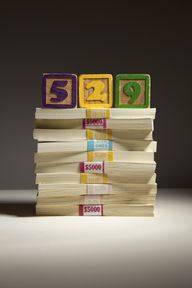 Explaining the Trump Tax Reform Plan
Partner Links
Related Terms
Understanding Endowments: Types and Policies That Govern Them
An endowment is a nonprofit’s investable assets, which are used for operations or programs that are consistent with the wishes of the donor(s).
more
Pell Grant Definition
A Pell Grant is a non-repayable federal subsidy awarded to students for post-secondary education, based on financial need.
more
Free Application for Federal Student Aid (FAFSA)
The Free Application for Federal Student Aid (FAFSA) is the key to getting grants, scholarships, work-study, and loans to help pay for college.
more
Student Debt Definition
Student debt refers to loans used to pay for college tuition that are due after the student graduates or leaves school.
more
The Higher Education Act of 1965 (HEA): Definition and Provisions
The Higher Education Act (HEA) of 1965 is a federal law that created financial assistance programs for post-secondary students.
more
Cost of Attendance (COA)
Cost of attendance (COA) at a college includes tuition, room and board, fees, and other expenses. The total is used to calculate financial aid needs.
more