Women have been paving the path for entrepreneurs in every industry for many decades. From Estée Lauder, who launched her cosmetics company in the 1940s, to Ruth Fertel, who wanted to have the best steak restaurant—Ruth’s Chris Steak House, women entrepreneurs have been able to withstand economic and business pressures to be the best.

Today, the list of women entrepreneurs spans many industries. Below is a list of the 10 most successful women entrepreneurs who have made a significant mark in recent decades. This list is in no particular order, and by no means exhaustive, but strives to recognize women who have built a world-renowned brand through their own hard work and strong drive.

Zhang Xin is co-founder of SOHO China, a real estate development firm in China that went public in 2007. Known as “the woman who built Beijing,” she was once a factory worker, later graduating from Cambridge University with a master’s degree in economic development. Zhang worked for Goldman Sachs before launching her company; she has since amassed a $3 billion fortune.

Kiran Mazumdar-Shaw is the founder of Biocon, an Indian biopharma company. She began Biocon out of a rented shed and grew it into India’s largest listed biopharma firm in terms of revenue. Biocon, a global company, went public in 2004 and became only the second Indian company to reach $1 billion on its first trading day. Mazumdar-Shaw is India’s wealthiest self-made woman, with a net worth of $4 billion, according to Forbes, as of February 2022.

Janice Bryant Howroyd is the founder of ActOne Group, the first Black female-led company to bring in more than $1 billion in annual revenue.

ActOne is primarily an employment agency and consultancy based in Los Angeles. It has more than 17,000 clients in 19 countries and, like many of her counterparts on this list, Howroyd started from very humble beginnings. She launched her company with just $1,500 in 1978. She is listed in Forbes’ 2020 America’s Richest Self-Made Women.

Media mogul Oprah Winfrey continues to build her media empire. Winfrey, a TV personality turned entrepreneur, co-founded Oxygen Media, a cable station. She continued hosting her talk show until 2011, after which she created OWN: Oprah Winfrey Network, of which she is the CEO. In 2015, Winfrey bought an equity stake in Weight Watchers International and became a spokeswoman for the popular subscription weight loss program. Winfrey’s net worth is $2.6 billion, according to Forbes.

The singer-songwriter, who started as part of Destiny’s Child in the mid-1990s, has since become a huge top-selling female solo artist and a global brand. Beyoncé signed a $50 million endorsement deal with PepsiCo in 2012. Through her company, Parkwood Entertainment, Beyoncé produces movies, music, and clothing. In 2019, she signed a $60 million contract with Netflix to provide content to the streaming service.

Arianna Huffington launched the news website The Huffington Post in 2005. She later sold it to AOL in 2011 but continued to guide it and grow the Huffington brand overseas. In 2016, she stepped down from The Huffington Post to launch health and wellness startup Thrive Global, which she leads as CEO. Time Magazine has included her in its list of the world’s 100 most influential people.

Globally, only one in three businesses are owned by women, according to the World Bank.

Founder of her namesake company, Tory Burch launched the U.S.-based clothing and fashion line in 2004. The brand now brings in $1.5 billion in sales annually. She is included in Forbes’ list of most powerful women in the world in 2020. Burch is also a philanthropist who launched the Tory Burch Foundation to support women entrepreneurs.

The inventor of Spanx undergarments for women and men, Blakely started with only $5,000 of her own money, an idea, and pure drive. Today, the brand is sold in more than 50 countries. Like Tory Burch, Blakely also has a foundation to help women worldwide. To support women entrepreneurs during the 2020 economic crisis, she teamed up with GlobalGiving to launch the Red Backpack Fund, which awarded more than a thousand $5,000 awards to women business owners.

The co-founders of skincare and multilevel marketing company Rodan + Fields felt so strongly about eradicating acne for all ages that they joined together to develop their flagship product, Proactiv, in 1995. The makers have since taken the dermatologic knowledge that helped them conquer the acne market to the anti-aging skincare market. Each has a net worth of $675 million and is listed in Forbes’ 2020 America’s Richest Self-Made Women.

At just 34 years old, Rihanna is the youngest woman on this list. The superstar singer has made most of her $1.7 billion fortune from Fenty Beauty, a cosmetics line that she co-owns with luxury goods group LVMH. She also co-owns Savage X Fenty, a lingerie line, with investors. Her foundation, the Clara Lionel Foundation, raised $47 million for climate, racial justice, COVID-related relief, and other causes in 2020. Rihanna is listed in Forbes’ 2020 America’s Richest Self-Made Women.

Who Are the Top Women Entrepreneurs?

Women entrepreneurs have shaped many industries. Zhang Xin is known as "the woman who built Beijing" thanks to her work in real estate as co-founder of SOHO China. Kiran Mazumdar-Shaw founded Biocon, the largest listed biopharmaceutical company in India based on revenues. Janice Bryant Howroyd co-founded ActOne Group, a workforce management firm with over 17,000 clients in 19 countries. It was the first Black-owned company to achieve $1 billion in annual revenues. Ariana Huffington, The Huffington Post founder, sold the publication to AOL for $315 million in 2011. Rihanna, singer and business owner, runs Fenty Beauty, a billion-dollar company.

Who Are the Top Women Entrepreneurs in Entertainment?

Who Are Notable Women Entrepreneurs?

Behind the scene of many well-known companies and brands are women founders and entrepreneurs. 23andMe, a DNA testing company, was founded by Anne Wojcicki in 2006. Robotics firm Automation Anywhere was co-founded by Neeti Mehta in san Jose, California. Computer security company CloudFlare was co-founded by Michelle Zatlyn in 2009, while Paya Kadakia co-founded subscription marketplace Classpass, which has partnerships with over 30,000 health establishments worldwide.

Women entrepreneurs are historically most known for running fashion houses (Diane von Furstenberg) or cosmetic companies (Mary Kay Ash), but in more recent decades, a remarkable number of entrepreneurs have risen to prominence in a wide range of industries.

Article Sources
Investopedia requires writers to use primary sources to support their work. These include white papers, government data, original reporting, and interviews with industry experts. We also reference original research from other reputable publishers where appropriate. You can learn more about the standards we follow in producing accurate, unbiased content in our editorial policy.
Take the Next Step to Invest
×
The offers that appear in this table are from partnerships from which Investopedia receives compensation. This compensation may impact how and where listings appear. Investopedia does not include all offers available in the marketplace.
Service
Name
Description
Part Of
Celebrating Women Voices in Finance
Related Articles

Who Is Oprah Winfrey? 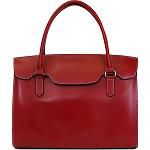 10 Women-Owned Companies You Should Know

What Are the Brands and Businesses of Beyoncé?
Partner Links
Related Terms
What Is Social Networking?
Social networking is the use of internet-based social media platforms to make connections and share various media with friends, family, colleagues, or customers.
more
Who Is Christy Walton?
Christy Walton is one of the world’s wealthiest people thanks to an inheritance from her husband John Walton, who died in a plane crash in 2005.
more
Oprah Effect
The Oprah Effect refers to the overnight success that many businesses and people enjoyed after appearing on "The Oprah Winfrey Show."
more
Tycoon
A tycoon is a prominent figure in a particular industry who has built up substantial wealth and power while building their business empire.
more
Fast Fashion Explained and How It Impacts Retail Manufacturing
Fast fashion is clothing design that quickly moves from idea to prototype, mass production, and consumers. Learn how fast fashion retailers make money.
more
Who Is Bernard Arnault and What Companies Does LVMH Own?
Arnault, the wealthiest person in France and one of the wealthiest in the world, is Chair and CEO of LVMH, the world's largest luxury conglomerate.
more