If you've worked abroad at some point, you may be wondering if foreign pension income is taxable in the U.S. You could potentially face a tax hit from both the U.S. and the other county (or countries), so it's essential to understand how taxes works before you start to draw your pension. Here's what you need to know about tax on foreign pensions.

You may think the retirement rules of the U.S. tax system are complex. For those who have worked abroad, the tax implications for retirement income can be an even more frustrating maze of regulations and treaty agreements. Anyone who receives a foreign pension or annuity payment must become a specialist, not only in U.S. tax law but in international tax treaties, as well as tax regulations in the country from which the pension or annuity originates.

If it’s your first year sorting out your tax obligations after working abroad, consider asking for help. Specialists in international tax law and retirement holdings can set you on the right path. This will help you to minimize your tax hit and maximize the amount of money you will receive from your retirement savings.

Retirement income from foreign sources can come from different kinds of accounts:

Even if you worked for an American company abroad, you might be getting an annuity payment from a foreign trust because of the complications of funding a pension with foreign income. Funding an individual retirement account (IRA) can sometimes be impossible because most of your income can be excluded from U.S. taxes through the foreign earned income exclusion and the foreign housing exclusion.

Foreign housing and foreign income exclusions allow Americans working abroad to reduce their earned income to avoid taxation by the U.S. Still, those exclusions often make it difficult to invest using IRAs. To qualify to contribute to an IRA, you must have earned income in the U.S. or income on which U.S. taxes are paid. As a substitute, some U.S. companies set up a foreign trust for their employees working abroad to enable them to save for retirement.

When it comes time to collect foreign pensions or annuities, how they will be taxed depends upon which countries hold the retirement funds and what type of tax treaty is in place between the U.S. and the other countries involved.

Each country has negotiated a different treaty with the U.S. It can make a lot of sense to work with a tax advisor who is familiar with U.S. tax law and the relevant international treaties and tax laws. These treaties often include tax credits and other tools that enable you to minimize the amount of taxes you owe. Of course, it will take some research to be sure you are correctly filling out tax forms in both the U.S. and any foreign countries to minimize your tax hit.﻿﻿

In many countries, a foreign pension enjoys favorable tax treatment within the country, but does not generally qualify as a qualified retirement plan under the IRS tax code. This means that for corporations and their employees, the contributions are not tax-deductible. Because this tends to be the rule, the payments you receive from your foreign retirement plan are not treated the same as a U.S.-based pension.﻿﻿

In fact, even your contributions to the non-qualified retirement plans are fully taxed as part of your gross income. This means that your foreign pension could actually be taxed twice—once when you contributed the money and again when you collect it during retirement.﻿﻿

Tax treaties with many countries sort out this issue so U.S. federal tax liability can be offset.﻿﻿ However, you and your advisor must be aware of the treaties and how to fill out the forms for both the U.S. and the foreign country involved.

If you have pensions from foreign countries where you worked, you can start researching tax treaties between the U.S. and those countries at the U.S. Internal Revenue Service (IRS) website. For some of the major countries, individual IRS publications exist, such as Publication 597—Information on the United States–Canada Income Tax Treaty.

In addition to complying with tax rules when receiving foreign pensions or annuities, it is also critical to properly report any holdings in foreign banks or investment companies. The U.S. Foreign Account Tax Compliance Act (FATCA) requires any institution holding more than $10,000 for a U.S. citizen to report account information to the U.S. Treasury Department.﻿﻿

Under this act, U.S. citizens who reside in the U.S. must include any financial assets that exceed $50,000 held at non-U.S. financial institutions on their U.S. tax returns.﻿﻿ For those who reside outside the U.S., reporting becomes mandatory at $300,000.﻿﻿

This can create another kind of tax problem for U.S. citizens working abroad because even filling out a form to report assets in non-U.S. financial institutions can increase the likelihood of an IRS audit.

If your retirement assets are in a fund that the IRS classifies as a Passive Foreign Investment (PFIC), penalties can be particularly stiff for those who do not file. Capital gains from PFIC accounts are taxed at the highest capital gains rate of 37%. There is no 15% long-term capital gains rate for these foreign holdings.﻿﻿

Investing abroad can also require paying much higher fees for investments than U.S. institutions charge. The sixth edition of Morningstar's Global Investor Experience Study noted a trend towards lower fund fees globally; however, some markets are adopting best practices while others need to improve. Here's how the countries stack up in terms of fees and expenses:

So, is it better to hold your retirement investments in the U.S. or in foreign accounts? That, too, is not an easy question to answer because it depends on where you expect to be during retirement.

If you plan to live outside the U.S. in a country with a stable currency, you are generally better off holding the bulk of your money in that country to avoid another major international investing risk—issues around the value of the currency you use for your daily living expenses. The best way to avoid a currency exchange problem is to hold your investments in the currency that you will use the most often in retirement.

Some U.S. citizens are dealing with U.S. tax complications by renouncing their U.S. citizenship. Choosing that route can affect whether you will be able to collect Social Security. When you renounce citizenship, you become a nonresident alien (NRA).﻿﻿

Whether or not you can collect Social Security will depend on bilateral agreements between the U.S. and the foreign country in which you reside. In many countries, the payments can continue, but in some countries your benefits from Social Security cease. Changing your status to "NRA" can also affect benefits for dependents and survivors.﻿﻿

If you are considering renouncing U.S. citizenship to avoid the foreign-retirement tax maze, think carefully about the effect on Social Security benefits before making that decision.

As a nonresident alien, and depending on where you live, you may need return to the U.S. for one full month (midnight to midnight) every six months to continue receiving your Social Security benefits.﻿﻿

Tax on foreign pensions and collecting Social Security abroad can be complicated. If you’ve worked abroad and built your retirement portfolio outside the U.S., seek professional advice before you start to draw your pension or annuity. This will enable you to maximize your retirement income and minimize your tax bite from both the U.S. and the country (or countries) where your retirement funds are held.

Article Sources
Investopedia requires writers to use primary sources to support their work. These include white papers, government data, original reporting, and interviews with industry experts. We also reference original research from other reputable publishers where appropriate. You can learn more about the standards we follow in producing accurate, unbiased content in our editorial policy.
Take the Next Step to Invest
×
The offers that appear in this table are from partnerships from which Investopedia receives compensation. This compensation may impact how and where listings appear. Investopedia does not include all offers available in the marketplace.
Service
Name
Description
Part Of
After You Retire
Related Articles

Do I Have To Report Income From Foreign Sources? 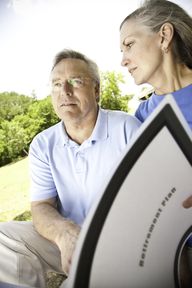 Yes, You Can Manage Your Own Retirement!
Partner Links
Related Terms
Foreign Earned Income Exclusion
The foreign earned income exclusion excludes income earned and taxed in a foreign country from the U.S taxable income of American expats.
more
Bilateral Tax Agreement
An arrangement between two jurisdictions that codifies tax laws to avoid double taxation of individuals or companies.
more
What Is Tax Relief? How It Works, Types, and Example
The term tax relief refers to various programs that help individuals and businesses lower their tax bills and settle their tax-related debts.
more
Expatriate (Expat): Definition, With Pros/Cons of Living Abroad
An expatriate is somebody who leaves their country of origin to live or work. Read how to become an expat and the pros and cons.
more
Federal Income Tax
Learn about U.S. federal income tax brackets and find out which tax bracket you're in. We explain marginal tax rates, state taxes, and federal taxes.
more
Global Corporate Minimum Tax
Implementation of a global corporate minimum tax involves complex political, legal, and economic decisions. Learn the issues and how it could work.
more