Is cold calling going the way of the VCR? From a logical standpoint, it would seem that way. You can’t fight technology. And if cold calling had a top line, it would definitely be heading south. Sure, some financial advisors swear that cold calling is still a quality tool. But between no-call lists and changing habits, it's no longer a go-to method. Let’s take a look at five reasons cold calling is believed to be dead.

Who needs cold calling when LinkedIn Corp. is an option? You can find the exact types of prospects you’re looking for without having to call through thousands of numbers without knowing any details.

It’s often said that the customer, or client, is now in control. A lot of this relates to the Internet. For example, instead of hiring a travel agent, consumers now have access to free information on hotels and tourist destinations. While it’s not to that extent, the same rule applies to financial advisors. Instead of you going to them, they’re doing their research on who would be the best option for them.

If you want clients to come to you, you need exposure. In order to get that exposure, you need high-quality content on a blog or website. In the past, you could write basic information and rank in the search engines, but that’s not the case in today’s hyper-competitive search engine optimization (SEO) world. Content is king (above social media). A financial advisor who invests time in content creation will see much better results than a financial advisor cold calling all day.

If someone calls your smartphone or home phone and you don’t recognize the number, do you pick it up? Probably not. If you do pick it up and you hear that the person on the other line has something to sell, do you continue the conversation or hang up? Most people hang up.

It’s very difficult to get someone on the other end of the line these days. When someone says, “It’s just a numbers game” with cold calling, make sure they’re including the number of phone calls when breaking down those numbers. What percentage of prospects are taking your calls? After applying that small percentage, figure out what percentage of those prospects turn into actual appointments.

Cold calling is free, but time is money. If you spend all day cold calling, are you really making money? How would that be possible if there’s no revenue? Or barely any revenue. Planning a spa party, barbeque, boating event, or free dinner at a nice restaurant for existing clients offers more potential. Why? Because you will allow them to invite their friends and family. These events will be costly but think about all the connections you will be making – in person. That’s going to go a lot further than cold calling, where the conversation is faceless, and your prospect will have an easy out for ending the conversation.

Despite all the negatives, cold calling isn’t dead, but it has changed. In order to succeed with cold calling, you now need to make sure whomever you’re calling is targeted and appropriate. In order to figure this out, determine your target market: age, industry, location, and net worth. Following that, you need to determine how you will solve this prospect’s problem. The next step is to eliminate ABC (Always Be Selling). This doesn’t work with cold calling anymore. In fact, it’s the biggest mistake made in cold calling today. The goal should be an introduction and to set up an appointment. Make the sale when communicating with the prospect in person.

Cold calling isn’t dead, but it has been refined. That said, it’s still not likely to be the best way to maximize your time. It should now be seen as a tool, not the best avenue for landing more clients.

Financial Advisors on What 2023 Will Bring for Clients

What Does a Financial Advisor Do? 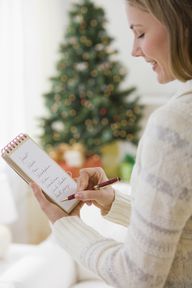 What Financial Advisors are Telling Their Clients Today

The Most Common Student Loan Scams and How to Avoid Them
Partner Links
Related Terms
Cold Calling: Definition, How It Works, Examples and Difficulties
Cold calling is a type of telemarketing in which a prospective customer is solicited by a salesperson with whom they have had no previous interaction.
more
Marketing in Business: Strategies and Types Explained
Marketing refers to the activities of a company associated with buying, advertising, distributing, or selling a product or service.
more
Warm Calling
Warm calling is the solicitation of a potential customer with whom a sales rep or a firm has had prior contact. It is the opposite of cold calling.
more
BrightScope: What You Get Besides 401(k) Ratings
BrightScope is a financial information company that primarily helps retirement market-focused asset managers identify, target, and retain clients.
more
Hard Skills: Definition, Examples, and Comparison to Soft Skills
Hard skills are technical skills required for a job. Employers look for them when hiring.
more
Self-Directed IRA (SDIRA): Rules, Investments, and FAQs
A self-directed individual retirement account (SDIRA) is a type of IRA, managed by the account owner, that can hold a variety of alternative investments.
more