When you change jobs, you generally have four options for your 401(k) plan. One of the best options is doing a 401(k) rollover to an individual retirement account (IRA). The other options include cashing it out and pay the taxes and a withdrawal penalty, leave it where it is if your ex-employer allows this, or transferring it into your new employer's 401(k) plan —if one exists.

The age for taking required minimum distributions (RMDs) has been raised to 73 from 72 as of Jan. 1, 2023. That’s for withdrawals from traditional IRA and 401(k) accounts as well as SIMPLE and SEP IRAs. (Roth account owners aren’t subject to RMDs.) The penalty for failing to make an RMD has also been lowered but it’s still severe.

Most 401(k) plans have limited investment choices, selected by the employer and the financial provider it chooses. You'll probably choose among a number of mutual funds from one particular provider.

There is a near-infinite variety of IRA plans out there, and many of them offer a wide variety of choices. You can choose from many types of investments, too, including individual stocks, bonds, and exchange-traded funds (ETFs), to name a few.

You can also buy and sell holdings any time you want. Most 401(k) plans limit the number of times per year that you can rebalance your portfolio, as the pros put it, or restrict you to certain times of the year.

If you leave your account with your old employer, you might be treated as a second-class citizen, though not deliberately. It could be harder to get communications regarding the plan, as news is generally distributed through company email, or to get in touch with an advisor or administrator.

There's also the off chance that something will go south at your old workplace and that line of information will get cut off for good.

Rolling your money over into an IRA can reduce the management and administrative fees you've been paying, which eat into your investment returns over time. The funds offered by the 401(k) plan may be more expensive than the norm for their asset class.

On top of that, there is the overall annual fee that the financial institution managing the plan charges. The bigger 401(k) plans with millions to invest have access to institutional-class funds that charge lower fees than their retail counterparts.

Of course, your IRA won't be free of fees either. But you'll have more choices and more control over how you'll invest, where you'll invest, and what you'll pay.

We recommend the best online brokers for 2023 through an independent review process, and advertisers do not influence our picks. We may receive compensation if you visit partners we recommend. Read our advertiser disclosure for more info.

4. The Option to Convert to a Roth

An IRA rollover gives you a good reason to consider switching to a Roth account. (In fact, if yours is one of the increasingly common Roth 401(k)s, a Roth IRA is the preferred rollover option.)

With a Roth IRA, you pay income taxes on the money you contribute in the year during which you contribute it, but there is no tax due when you withdraw money. That's the opposite of a traditional IRA. Nor do you have to take required minimum distributions (RMDs) at age 73 or ever from a Roth IRA. You've already paid the income taxes due.

If you believe that you will be in a higher tax bracket or that tax rates will be generally higher when you start needing your IRA money, switching to a Roth from a traditional account—and taking the tax hit now—might be in your best interest.

If you're under the age of 59½, it's also a lot easier to withdraw funds from a Roth IRA than from a traditional one. In most cases, there are no early withdrawal penalties for your contributions, but there are penalties if you take out any investment earnings.

Your 401(k) plan rules may only permit rollovers to a traditional IRA. If so, you'll have to do that first and then convert the traditional IRA into a Roth.

There are a number of strategies for when and how to convert your traditional IRA to a Roth that can minimize your tax burden. Should the market experience a significant downturn, converting a traditional IRA that is down, say 20% or more, to a Roth will result in substantially less tax due at the time of the conversion. If you plan to hold the investments until they recover, that could be an attractive strategy.

This can be tricky, so if a serious amount of money is involved, it's probably best to consult with a financial advisor to weigh your options.

5. Cash or Other Incentives

Financial institutions are eager for your business. To entice you to bring them your retirement money, they may throw some cash your way. If it's not cash, free stock trades can be part of the package at some companies.

A one-time incentive shouldn't be your sole reason for choosing an IRA provider but if it's the cherry on top go for it.

Understanding a 401(k)'s rules can be no easy task because employers have a lot of leeway in how they set up their plans.

In contrast, IRA regulations are standardized by the Internal Revenue Service (IRS). An IRA at one financial institution follows substantially the same rules as one at any other.

An often-overlooked difference between a 401(k) and an IRA has to do with IRS rules regarding taxes on distributions. The IRS requires that 20% of distributions from a 401(k) be withheld for federal taxes. When you take a distribution from an IRA, you can elect to have no tax withheld.

It's probably wise to have some tax withheld rather than winding up with a big tax bill at the end of the year and possibly owing interest and penalties for underpayment. However, you can choose how much to have withheld to more accurately reflect the actual amount you'll owe, rather than an automatic 20%.

The benefit is that you're not depleting your retirement account faster than you need to, and you're allowing that money to continue compounding on a tax-deferred basis.

Upon your death, there's a good chance that your 401(k) will be paid in one lump sum to your beneficiary, which could cause income and inheritance tax headaches.

Rules vary depending on the particular plan, but most companies prefer to distribute the cash quickly so they don't have to maintain the account.

Inheriting an IRA has tax implications too, but IRAs offer more payout options.

The easiest and safest way to roll over your 401(k) into an IRA is with a direct rollover from the financial institution that manages your 401(k) plan to the one that will be holding your IRA. Note there are three key types of rollovers from a 401(k) to an IRA:

Another option—but a far riskier one—is to have the check made out to you and take possession of the money yourself.

If you do that, you typically have just 60 days from the date you received it to roll it over into an IRA. If you fail to meet that deadline, the distribution will be treated as a withdrawal, and you'll be subject to income taxes and possibly penalties on the full amount.

A further complication of receiving the distribution yourself is that your ex-employer will be required to withhold 20% of it for taxes. If you then want to deposit your full balance into an IRA, you'll have to come up with other money to make up for the 20% that's been withheld.

The important thing to remember is, don't touch that money. Complications can ensue, meaning the IRS could claim that the money was disbursed to you, not rolled over.

Yes, if your 401(k) plan permits it, you can roll over a traditional IRA (but not a Roth IRA) into it. This is sometimes referred to as a reverse rollover.

Rolling your 401(k) over to a new employer's plan is the easiest option. If you really like the new plan, go for it.

However, rolling it over into an IRA account will give you many more investment options than your employer's plan. You may also find an IRA with lower or fewer fees.

Rolling over your 401(k) into an IRA gives you the added benefit of a greater number of investment options. You also cannot make contributions to a 401(k) after you leave the company, but you can if you roll it over into an IRA.

If you simply cash out a traditional (but not Roth) 401(k) account, you'll owe income tax on the money.

In addition, you'll generally owe a 10% early withdrawal penalty if you're under the age of 59½. It is possible to avoid the penalty if you qualify for one of the exceptions that the IRS lists on its website. Those include using the money for qualified education expenses or up to $10,000 to buy a first home.

For most people switching jobs, there are many advantages to rolling over a 401(k) into an IRA. But shop around for an IRA provider with low expenses. That can make a big difference in how much money you'll have at your disposal when you retire.

Article Sources
Investopedia requires writers to use primary sources to support their work. These include white papers, government data, original reporting, and interviews with industry experts. We also reference original research from other reputable publishers where appropriate. You can learn more about the standards we follow in producing accurate, unbiased content in our editorial policy.
Take the Next Step to Invest
×
The offers that appear in this table are from partnerships from which Investopedia receives compensation. This compensation may impact how and where listings appear. Investopedia does not include all offers available in the marketplace.
Service
Name
Description
Part Of
401(k) Plans: The Complete Guide
Related Articles

Pros and Cons of Rolling Your Pension Into a Roth IRA 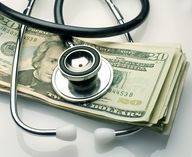 Transferring IRA Money to an HSA

9 Things You May Not Know About Your IRA

11 Mistakes to Avoid With Your Roth IRA
Partner Links
Related Terms
What Is a 401(k) and How Does It Work?
A 401(k) plan is a tax-advantaged retirement account offered by many employers. There are two basic types—traditional and Roth. Here's how they work.
more
Roth IRA Conversion: Definition, Methods, and Example
A Roth IRA conversion is a way to move money from a traditional, SEP, or SIMPLE IRA, or a defined-contribution plan like a 401(k), into a Roth IRA.
more
Backdoor Roth IRA: Advantages and Tax Implications Explained
The backdoor Roth IRA strategy allows taxpayers to set up a Roth IRA even if their income exceeds the IRS earnings ceiling for Roth ownership.
more
After-Tax Contribution: Definition, Rules, and Limits
An after-tax contribution is a deposit into a retirement account of money that has been taxed in the year in which it was paid into the account.
more
Reverse Rollover
A reverse rollover involves moving money from an individual retirement account (IRA) into a 401(k) or other employer-sponsored retirement saving plan.
more
IRA Rollover
An IRA rollover is a transfer of funds from a retirement account, such as a 401(k), into an IRA.
more