MoneyGram vs. Western Union: An Overview

In this world of ubiquitous ATMs, tap-to-pay checkout, and automated bank deposits, there are still times when it is necessary to hand over or collect cash, and millions of people without access to a bank account or an online wallet. That is why money-transfer services like MoneyGram and Western Union have tens of thousands of agents in cities and towns around the world.

Money-sending services can be a lifesaver. You may feel it is unlikely you will ever be broke and stranded in a bus station in Bengaluru, needing your spouse to send cash, but stranger things have happened—and not just when you are traveling abroad. How about when your child studying at a Canadian university needs you to send the rent deposit—pronto? More routinely, money-transfer companies provide banking services like money transfers, money orders, and bill payments to people who do not have bank accounts. In the United States and Canada, many customers are recent immigrants who send money regularly to family members in their home countries. Outside the United States, it is even easier to find a nearby agent for MoneyGram (MGI) or Western Union (WU), or both. Cash is still king in many countries, and, in developing nations, many people still lack access to banking services.

Western Union is the larger of the two companies and has instant name recognition around the world, thanks to its onetime monopoly of the telegraph business. The company stopped offering telegrams in 2006, but by then it had moved on to new ventures. Western Union has about 500,000 agent locations in more than 200 countries around the world. Customers can send money by phone, through the Western Union website, or in person.

Fees vary depending on a long list of factors, including the form of payment used, how quickly the money is delivered, whether it is paid in cash or wired to a bank, and the locations of the sender and the recipient. For international transfers, the exchange rate adds another element of uncertainty to the cost.

For a $200 domestic transfer funded with cash and paid out in cash, the cost was $17.50 in April 2022, while the same transfer from an online bank account would have resulted in a charge of $8.99. Using a credit card or debit card to send cash incurs a higher charge.

Western Union's international transfer fees can vary widely. For example, a $500 transfer from the United States to Mexico, funded online and received in cash in Mexican pesos, was free as of April 2022, though the company notes it makes money on the exchange rate offered in addition to any fees. (The same transfer funded with cash at a Western Union agent would have cost $8.00.) Sending the same amount to Ireland for pickup in euros in cash would have cost $4.99 for online bank account transfers, $6.99 for a debit card, $21.49 for a credit card, and $8 if sending cash through an agent. For China, fees on a $500 transfer ranged from the same $8 for cash paid to an agent to $64.49 for a transfer funded with a credit card and received in cash.

MoneyGram is Western Union’s biggest competitor. As of April 2022 it was charging $12.50 for a $200 U.S. domestic transfer funded and received in cash, and $1.99 for the same transfer funded online with a debit card.

MoneyGram built its reputation on international money transfers. As of 2022, it had more than 380,000 payment locations worldwide.

In April 2022, the U.S. Consumer Financial Protection Bureau (CFPB) and New York's attorney general sued the company, alleging it unnecessarily delayed transfers, failed to train employees to resolve disputes in compliance with federal law, and failed to develop and document policies and procedures. MoneyGram called the suit "meritless" and said it would fight it.

One drawback of sending cash through these services is that they open or close with the stores’ business hours. You may have to stick it out at the bus station until the next morning before your family can send you that emergency cash.

The biggest drawback of any money-transfer service is the vulnerability of its customers to fraud.

A request from a stranger for payment via cash transfer is often a sign of fraud. Since the recipient is untraceable, it is the modern equivalent of stuffing a wad of unmarked bills into an envelope and leaving it in a public place on instructions from a stranger.

ACH Transfers: What Are They and How Do They Work?

MoneyGram vs. PayPal vs. Xoom: Who Has the Lowest Fees? 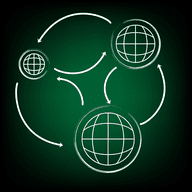 ACH Transfers vs. Wire Transfers: What's the Difference?
Partner Links
Related Terms
Remittance: What It Is and How to Send One
A remittance is a sum of money sent to another party, usually in another country. Remittances are a major source of income for people in poor nations.
more
What Is a Wire Transfer? How it Works, Safety, and Fees
A wire transfer is an electronic transfer of funds across a network administered by hundreds of banks around the world.
more
What Is PayPal and How Does it Work?
PayPal is an electronic commerce company that facilitates payments between parties through online funds transfers.
more
What Is a Money Order, How Does It Work, and How Do I Get One?
A money order is a certificate, usually issued by governments and banking institutions, that allows the stated payee to receive cash-on-demand.
more
Paga
Paga is a mobile payment platform that allows its users to transfer money and make payments through their mobile devices.
more
Money Market Account: How It Works and How It Differs From Other Bank Accounts
Money market account is an interest-bearing account at a bank or credit union, not to be confused with a money market mutual fund.
more