Lockheed Martin Corporation (LMT) is a global leader in defense-related products. Formed after a merger of Lockheed Corp. and Martin Marietta in 1995, the company's largest customer is the U.S. government, which in 2021 represented 71% of net sales. Headquartered in Bethesda, Md., the company employs roughly 114,000 workers and generates almost $67 billion in revenue annually.

Lockheed Martin makes the F-35 fighter jet, with the U.S. government being the largest contract. Several other countries have also lined up to place orders. On June 18, 2017, Reuters reported that Lockheed reached a $37 billion deal with 11 different countries (including the U.S.) for sales of 440 F-35 fighter jets. In late August of that year, it was awarded a long term contract worth up to $8 billion with the U.S. government.

Beyond fighter jets, Lockheed Martin is also experiencing increased orders for its C-130 cargo planes.﻿﻿ With its $9 billion purchase of Sikorsky Aircraft from United Technologies Corporation (UTX) in 2015, Lockheed Martin also witnessed an increase in sales of its Black Hawk helicopters.﻿﻿ ﻿﻿ In 2018, it received two large orders ($928 million and $480 million) for hypersonic missiles from the Air Force.﻿﻿ It received a $4.6 billion order for Orion space capsules from NASA in 2019.﻿﻿

Lockheed Martin competes with several other aerospace and defense companies at home and abroad.

Boeing Company (BA) generates more than twice Lockheed Martin's revenue, but just over one-third comes from defense contracts. The century-old aerospace company is one the world’s largest, and a leading manufacturer of commercial and government aircraft. It is also heavily involved in advanced technology solutions for defense, space, and national security. On the defense side, it manufactures fighter jets, helicopters, and the B-52 bomber.

BAE Systems Plc. (BA.L) is a British defense contractor that generates more than $20 billion in annual revenue, of which the vast majority comes from defense contracts. The company manufacturers naval ships and submarines for governments around the world. It produces military aircraft and guided weapons systems as well.

As the world’s premier missile builder, Raytheon Co. (RTN) is one of the biggest beneficiary of increased tensions around the world. Countries in the Middle East, Asia, and Europe are ramping up their defenses with Raytheon’s Patriot missile system, but domestic sales are growing as well. The company also builds a variety of other types of air-to-air, air-to-surface, and surface-to-surface missiles.

General Dynamics Corporation’s (GD) history dates back to the late 19th century as a naval producer for the United States and a variety of other countries. The company is considered a diversified manufacturer of defense systems, technology, aircraft, and marine systems. Although it stopped production of F-16 jet fighters, the company's fighter-bomber is still considered the workhorse of air forces around the world. The company is also one of the largest contractors for the Virginia-class nuclear attack submarine and Zumwalt-class destroyers. 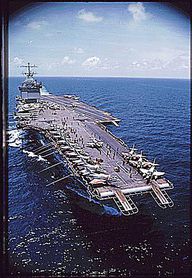 The Best Aviation and Defense Mutual Funds, Stocks, and ETFs

Top Industrial Stocks for November 2022
Partner Links
Related Terms
United States Aircraft Insurance Group (USAIG)
United States Aircraft Insurance Group (USAIG) is the nation's first aviation insurance company, founded in 1928.
more
Capital Goods Sector: Definition, Companies, and Example
The capital goods sector refers to a grouping of publicly-traded companies that make machinery used to manufacture goods and products.
more
Business to Government (B2G)
Business to government (B2G) is the sale and marketing of goods and services to federal, state, or local agencies.
more
Manufacturing: Definition, Types, Examples, and Use as Indicator
Manufacturing is the process of turning raw materials or parts into finished goods using tools, human labor, machinery, and chemical processing.
more
What Is a Bailout? Definition, How They Work, and Example
A bailout is an injection of money from a business, individual, or government into a failing company to prevent its demise and the ensuing consequences.
more
Forced Technology Transfer (FTT)
Forced technology transfer (FTT) is a practice in which a domestic government forces foreign businesses to share their tech in exchange for market access.
more
Dialog Heading