What Are Gann Indicators?

Gann indicators, most notably Gann angles, are trading techniques developed by W.D. Gann. They are widely seen as innovative and still studied and used by traders today. Gann used angles and various geometric constructions to divide time and price into proportionate parts. Gann indicators are often used to predict areas of support and resistance, key tops and bottoms, and future price moves.

Gann indicators are based on the notion that markets rotate from angle to angle and when an angle is broken, the price moves towards the next one. Several angles together make up a Gann Fan. Gann studies have been used by active traders for decades, and even though the futures and stock markets have changed considerably, they remain a popular method of analyzing an asset's direction.

Newer trading areas, such as the foreign exchange market and the invention of exchange-traded funds (ETFs), have made it necessary to revisit some of the construction rules and application concepts. Although the basic construction of Gann angles remains the same, this article will explain why the changes in price levels and volatility have made it necessary to adjust a few key components.

Gann angles are a popular analysis and trading tool that are used to measure key elements, such as pattern, price, and time. The often-debated topic of discussion among technical analysts is that the past, the present, and the future all exist at the same time on a Gann angle.

When analyzing or trading the course of a particular market, the analyst or trader tries to get an idea of where the market has been, where it is about that former bottom or top, and how to use the information to forecast future price action.

Drawing angles to trade and forecast is probably the most popular analysis tool used by traders among all W.D. Gann's trading techniques. Many traders still draw them on charts manually and even more use computerized technical analysis packages to place them on screens.

Because of the relative ease traders today have at placing Gann angles on charts, many traders do not feel the need to actually explore when, how, and why to use them. These angles are often compared to trendlines, but many people are unaware that they are not the same thing.

A Gann angle is a diagonal line that moves at a uniform rate of speed. A trendline is created by connecting bottoms to bottoms in the case of an uptrend and tops to tops in the case of a downtrend. The benefit of drawing a Gann angle compared to a trendline is that it moves at a uniform rate of speed. This allows the analyst to forecast where the price is going to be on a particular date in the future.

This is not to say that a Gann angle always predicts where the market will be, but the analyst will know where the Gann angle will be, which will help gauge the strength and direction of the trend. A trendline, on the other hand, does have some predictive value, but because of the constant adjustments that usually take place, it's unreliable for making long-term forecasts.

Gann took the perspective that the past, the present, and the future are all connected by the same influence along a given angle. This being said, the Gann angle can be used to forecast support and resistance, the strength of direction, and the timing of tops and bottoms.

Using a Gann angle to forecast support and resistance is probably the most popular way they are used. Once the analyst determines the period for the trade (monthly, weekly, daily) and properly scales the chart, the trader simply draws the three main Gann angles: the 1X2, 1X1, and 2X1 from main tops and bottoms. This technique frames the market, allowing the analyst to read the movement of the market inside this framework.

Traders should also note how the market rotates from angle to angle. This is known as the "rule of all angles". This rule states that when the market breaks one angle, it will move toward the next one.

Another way to determine the support and resistance is to combine angles and horizontal lines. For example, often a down-trending Gann angle will cross a 50% retracement level. This combination will then set up a key resistance point.

The same can be said for up-trending angles crossing a 50% level. This area becomes a key support point. If you have a long-term chart, you will sometimes see many angles clustering at or near the same price. These are called price clusters. The more angles clustering in a zone, the more important the support or resistance.

Not only do the angles show support and resistance, but they also give the analyst a clue as to the strength of the market. Trading on or slightly above an up-trending 1X1 angle means that the market is balanced.

When the market is trading on or slightly above an up-trending 2X1 angle, the market is in a strong uptrend. Trading at or near the 1X2 means the trend is not as strong. The strength of the market is reversed when looking at the market from the top down. Anything under the 1X1 is in a weak position.

Finally, Gann angles are also used to forecast important tops, bottoms, and changes in trend. This is a mathematical technique known as "squaring", which is used to determine time zones and when the market is likely to change direction. The basic concept is to expect a change in direction when the market has reached an equal unit of time and price up or down.

This timing indicator works better on longer-term charts, such as monthly or weekly charts; this is because the daily charts often have too many tops, bottoms, and ranges to analyze. Like price action, these timing tools tend to work better when "clustered" with other time indicators.

Gann angles can be a valuable tool to the analyst or trader if used properly. Having an open mind and grasping the key concept that the past, present, and future all exist at the same time on a Gann angle can help you analyze and trade a market with more accuracy. Learning the characteristics of the different markets regarding volatility, price scale, and how markets move within the Gann angle framework will help improve your analytical skills. 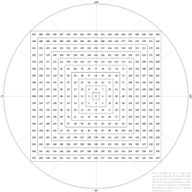 Gauging Support and Resistance With Price by Volume

Technical Analysis: Triple Tops and Bottoms
Partner Links
Related Terms
Gann Angles
Named after its creator W.D. Gann, Gann believed the angles could help predict price movements through the relationship between price movements and time.
more
Gann Fans
Gann fans are a form of technical analysis based on the idea that the market is geometric and cyclical in nature.
more
Fibonacci Fan
A Fibonacci fan is a charting technique using trendlines keyed to Fibonacci retracement levels to identify key levels of support and resistance.
more
Trendline: What It Is, How To Use It in Investing, With Examples
A trendline is a charting tool used to illustrate the prevailing direction of price. Trendlines represent support and resistance.
more
Continuation Pattern
A continuation pattern is an indication that a price trend in the financial markets will continue even after the pattern completes.
more
Memory-of-Price Strategy
A memory-of-price strategy assumes the support and resistance points of double tops and double bottoms exert an influence on future price action.
more
Dialog Heading