Have you ever considered owning your own small aircraft? Sure, we all have at some point. A plane represents a sense of independence, giving you the freedom to go wherever you want, whenever you want. And you're not limited to just the road. But let's face it. Having your own plane, say a Cessna, is also a status symbol. After all, only the most rich and elite own their own, personal airplanes, so if you can count yourself among them, you're one step ahead of the game.

Aside from offering you the convenience and recreational opportunities you seek, owning a small plane does come with a lot of responsibility. Financial responsibility, that is. The costs can mount up, with the expenses ranging from the initial sale price and down payment, to repairs, storage fees, insurance, and fuel costs.

One of the first things you'll have to consider is what kind of plane you're going to buy. The type of plane you wish to purchase radically affects the price point. Here's the breakdown of what you're looking at when it comes to the purchase price of a plane.

If you're really lucky, you'll be able to pay for your plane in cash. But not everyone has that luxury. You may have to get a loan for your purchase. So don't forget, along with the full sale price for your plane, you'll also have to consider the interest you'll pay on top. But don't relax, because you're not soaring yet. There are other considerations.

When not in use, planes must be stored at an airport either in hangars or outdoors. Outside storage is typically cheaper than hangars and other covered spaces, although this depends on the region and location of the airport. Urban airports typically charge more than comparable rural airports. Meanwhile, the average hangar cost is $250 per month, plus $100 for tiedown gear. Incidentally, residential storage is rarely available to the average small plane owner.

If you finance an aircraft, it’s essential to budget for monthly payments. Home equity lines of credit (HELOCs) offer an alternative to traditional financing, but, in either case, buyers should shop for the best available interest rate, and loan terms.

Just like a car, there are several things that are factored into the financing for your aircraft. The financing company may consider the following:

Financing companies look at some of the same factors lenders do for car loans, including your down payment and credit score.

The Aircraft Owners and Pilots Association (AOPA) recommends establishing an escrow fund for maintenance to pay for engine, propeller, avionics, and airframe overhauls. Contributing to this fund each time you fly helps cover unexpected expenses that can arise. Small aircraft are required to undergo annual inspections, which range in price from $600 to $1,200, while specialized planes with retractable landing gear cost more to inspect.

Aviation insurance covers aircraft damage and provides liability for anything your aircraft damages. Coverage varies by policy, and aircraft damage is categorized either as in-flight damage and from external damage. As with any type of vehicular insurance, the cost will vary based on the type of aircraft, what level of coverage desired, as well as other factors, such as the experience of the operator. When selecting small aircraft insurance, which can run anywhere from between $500 to several thousand dollars per year, it’s best to consult with a licensed aviation insurance agent.

Many costs factor into the economics of small aircraft ownership. On average, a $75,000 financed Cessna winds up costing $200 per hour, if flown 100 hours per year, with $80 going toward fuel, oil and maintenance. Similar aircraft may be rented for about $125 per hour.

How Much Does It Cost to Freeze Eggs?

How Much Does a Surrogate Cost? 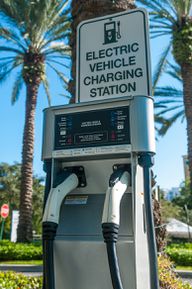 How Much Does It Cost To Charge an EV on a Road Trip?

How Much Does IVF Cost?

Pros and Cons of Leasing or Buying a Car

How to Save for a Car
Partner Links
Related Terms
What Is Professional Liability Insurance? Costs and Coverage
Professional liability insurance protects professionals like lawyers and physicians against negligence and other claims initiated by their clients.
more
Closing Costs: What They Are and How Much They Cost
Closing costs are the expenses, beyond the property itself, that buyers and sellers incur to finalize a real estate transaction.
more
Airport Tax
An airport tax is a tax levied on passengers for passing through an airport. Revenue from airport taxes is used for facility maintenance.
more
Millennials: Finances, Investing, and Retirement
Learn the basics of what millennial need to know about finances, investing, and retirement.
more
Watercraft Insurance
Watercraft insurance encompasses boat, yacht, and personal watercraft insurance. It protects against damage to vessels powered by a motor.
more
Loan Estimate
A loan estimate is a three-page form that presents home loan information in an easy-to-read, well-explained format, making it easy to compare offers.
more
Dialog Heading