In financial jargon, the term "unsystematic" refers to a quality that is not commonly shared among many investment opportunities. This is distinct from systematic risk, the dangers inherent to the market as a whole.

The most common examples of unsystematic risk are the risks that are specific to an individual firm. Examples can include management risks, litigation risks, location risks, and succession risks.

Unsystematic risk is also known as specific risk, meaning the dangers that are unique to a single company or industry. However, these risks do not only occur one firm at a time. For example, a poor manager might pose a specific risk to a single company's stock price. But if poor management is in the norm in a certain industry, the stocks of many firms in that industry might simultaneously suffer from risks associated with bad management.

For this reason, unsystematic risks can be broad enough to apply to many different businesses at once. What is important is that an unsystematic risk is not inherent to every security or at least not a great majority of securities. Moreover, investors should be able to diversify away unsystematic risks by strategically targeting a wide enough range of holdings in their respective portfolios.

Another way to identify unsystematic risks is to compare the specific instance of a risk with the overall market or industry. If there is little or no substantial correlation, the risk is likely to be unsystematic.

The following are some examples of unsystematic risks that companies might face. While some of these risks may be fairly common, they are not evenly distributed across the entire market. This is what distinguishes specific risks from systematic risks.

Most unsystematic risks are related to errors in entrepreneurial judgment. For example, a technology company might perform market research and predict that consumers will want smaller cell phones and digital watches the next year. Production lines are altered and capital is devoted toward smaller devices.

After the next year rolls around, the company might find that consumers actually prefer bigger phones and watches. Much of the existing inventory for the aforementioned technology company either goes unsold or sells at a major loss. This can damage the stock price of the individual firm.

Of course, this risk is always possible among all kinds of firms. What makes it unsystematic is that only a few firms tend to make the same mistake at the same time. The whole of the technology sector may end up performing very well, while companies with poor entrepreneurial foresight suffer.

Imagine a sector with three major firms in competition with one another: Firms A, B, and C. Each is developing a new type of wind energy. Suppose all of these companies have effective business entrepreneurs at the helm.

However, a state government decides to subsidize Firm A or perhaps it prohibits a practice commonly used by Firms B and C that allegedly harms local bird populations. The stock value for Firm A tends to rise, while the stock value for the other two firms tends to fall.

Neither of these specific political or legal risks is inherent to the industry itself. Their negative effects are spread among select companies only. If an investor purchased stock in all three firms, they may be able to diversify away losses in Firms B and C via the gains from Firm A.

There are some political and legal risks that do affect entire industries in systematic ways, however. It is not always possible to diversify away risks outside of the control of individual managers.

Investors can reduce their exposure to unsystematic risks by diversifying their portfolio.

An interesting demonstration of unsystematic risks occurs with Tesla, an electric vehicle manufacturer whose market capitalization is now greater than $1 trillion. Like other major companies, there are many risks associated with investing in Tesla.

Many of these are systematic risks, meaning that they are widespread throughout the market. For example, a stock market crash would likely harm Tesla's shareholders, along with many other companies. A shortage of silicon chips or lithium could affect the entire technology sector, including Tesla.

Other risks are unsystematic, meaning that they affect Tesla more than competing manufacturers. Tesla's operations are centered around several gigantic manufacturing plants that benefit from favorable subventions by local governments. If those municipalities were to change their policies, they would likely damage Tesla's profits without affecting competitors.

Another potential risk might be Tesla's CEO, Elon Musk, who has cultivated a reputation as an eccentric and unpredictable genius. This reputation has sometimes been an asset, but it has also courted negative attention–like in 2018, when Musk falsely hinted at a plan to take the company private. Since Musk's behavior is more likely to harm Tesla than another automaker, it is an example of unsystematic risk.

What Is the Best Example of Unsystematic Risk?

A simple example of unsystematic risk is litigation risk, meaning the danger that a company might face legal action. Some companies face greater litigation risks than others. For example, a company whose products are more likely to be defective will face more class-action suits than other companies in the same industry.

What Is the Difference Between Systematic and Unsystematic Risk?

Systematic risk runs through an entire market, while unsystematic risks tend to be specific to a single company or industry. Price shocks, natural disasters, or recessions are examples of systematic risks, in that they affect all market actors. Risks associated with poor management, regulatory changes, or litigation can be considered unsystematic, if they affect one company more than others.

What Is a Standard Unsystematic Risk Premium?

Since there is no advantage to investing in companies with high unsystematic risk, unsystematic risk does not factor into the calculations of a company's risk premium. However, this type of risk can be reduced through diversification.

What Are the Types of Unsystematic Risk?

The Importance of Diversification

Learn the Common Ways to Measure Risk in Investment Management 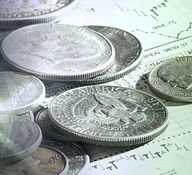 Why Would Someone Choose a Mutual Fund Over a Stock?

Learn How Systemic and Systematic Risk Are Both Threats to Investors

Is Google a Good Investment?
Partner Links
Related Terms
Idiosyncratic Risk: Why a Specific Stock Is Risky Right Now
Idiosyncratic risk is the risk inherent in an asset or asset group due to specific qualities of that asset. Learn how investors manage idiosyncratic risk.
more
Market Risk Definition: How to Deal With Systematic Risk
Market risk is the possibility of an investor experiencing losses due to factors that affect the overall performance of the financial markets.
more
Unsystematic Risk
Unsystematic risk is a company or industry-specific hazard that is inherent in each investment. Learn how to reduce unsystematic risks in your investments.
more
What is Beta in Finance, and How Is It Calculated?
Beta is a measure of the volatility, or systematic risk, of a security or portfolio in comparison to the market as a whole. It is used in the capital asset pricing model.
more
Systematic Risk Definition, With Examples
Systematic risk, also known as market risk, is the risk that is inherent to the entire market, rather than a particular stock or industry sector.
more
Risk: What It Means in Investing, How to Measure and Manage It
Risk takes on many forms but is broadly categorized as the chance an outcome or investment's actual return will differ from the expected outcome or return.
more