Over the past several years, there has been a push to increase the federal minimum wage from $7.25 an hour—where it has sat since 2009—to at least $15. While the federal government has yet to pass such a law, many municipalities, such as the District of Columbia and New York City, have enacted a $15-per-hour law. As of 2023, West Hollywood, Calif., will have the highest minimum wage rate in the country, at $17.64.

On the larger state level, the minimum wage across the United States ranges from around $15 to as low as $5.15, depending on the state. Listed below are the minimum wages set by each state, including those that have yet to establish one.

A minimum wage is the lowest amount per hour that an employer has to pay covered, nonexempt employees. This represents a legally mandated price floor on hourly wages, which was originally established as part of the Fair Labor Standards Act (FLSA). In addition, individual states may also pass their own minimum-wage laws, setting limits that are higher (and in a few cases, lower) than what was established by the federal government.

As of 2022, according to data from the U.S. Department of Labor (DOL), 29 states and the District of Columbia pay more than the federal wage floor of $7.25. Additionally, our research has found that several state legislatures have policies in place that will raise or already have raised their minimum wages by set amounts at predetermined dates. For instance, Florida residents voted in Nov. 2020 to increase the state’s minimum wage incrementally (beginning at $10 per hour on Sept. 30, 2021) until it reaches $15 per hour in September 2026. Several other states also have measures to increase their minimum wages incrementally to $15 over the next few years.

Of the remaining 21 states, 12 have minimum wages that are equal to the current federal rate. Note that several state legislatures don’t have an actual dollar amount specified in their policies. Instead, they simply have a provision in place to ensure that their rate always matches the federal minimum wage, should it be further increased. Alabama, Louisiana, Mississippi, South Carolina, and Tennessee are the few remaining states that do not have an established minimum wage.

The Highest and Lowest Wages by State

California has the highest minimum-wage requirement statewide as of 2022 at $15 (as do parts of New York State). Washington State's minimum wage is $14.49. Conversely, at $5.15 per hour, Georgia and Wyoming are the only states to have a minimum wage below the federal mark of $7.25.

Despite the existence of lower state-approved minimums, federal law dictates that the higher of either the state or federal minimum is legally applicable, which means that the enforceable minimum wage in Georgia and Wyoming is actually $7.25. Furthermore, this means that employers functionally cannot pay their nonexempt hourly workers a wage that is less than the federal mark. As such, in states without their own minimum-wage laws, the price floor is still $7.25 per hour.

In states where the set minimum wage is above the federal mark, the higher amount is what applies. However, some states also have conditions that must be met before their higher rates take effect. For example, Arkansas’ minimum wage of $11 only applies to employers of four or more employees. Those with three or fewer employers would be required to pay at least $7.25 per hour.

There are several reasons why many states haven’t raised their minimum wage limits above the federal rate. One of the typical arguments is that a hike would lead to layoffs and a rise in unemployment. A 2014 study from the Congressional Budget Office found that an increase in the federal minimum wage would have reduced total employment by about 500,000 workers (roughly less than 1% of the total employed U.S. population at that time). Other common concerns include increases in poverty rates, closures of small businesses, and the price of consumer goods.

However, there are plenty of reasons for raising the minimum wage. As reported by the Economic Policy Institute in 2019, the real value of the $7.25 minimum wage declined more than 17% in the last 10 years. As such, it’s easy to see how raising the price floor, if only to keep up with inflation, makes sense. Plus, increasing the minimum wage has the potential to mitigate existing pay inequality.

A more recent report from the Economic Policy Institute found that keeping wages low most hurts “Black workers and other workers of color,” who already make up a disproportionate share of the severely underpaid. There’s also the fact that some arguments seem to disprove—or at least contradict—the objections, including several noting that raising the minimum wage actually would reduce poverty, increase economic activity, and ensure that individuals can afford everyday essentials.

Arguments both for and against a minimum wage hike are supported by data that are limited to individual case studies, given that the price floor actually would have to be raised before its effects could be studied on a widespread level. While it’s certainly possible that raising the minimum wage could have harmful consequences, the only thing that’s certain is that doing nothing isn’t making things better.

The minimum-wage disparities that exist among states is a sign of how divisive this issue can be, on both individual and legislative levels. A good compromise solution is to follow the example that some states have set—either raising the minimum wage incrementally or establishing “tiers” for different business sizes. Whatever happens, without a way to predict the future, it’s nearly impossible to know for certain how raising the minimum wage would impact the U.S. overall.

The Top 5 US Cities With the Highest Minimum Wage

Can a Family Survive on the US Minimum Wage? 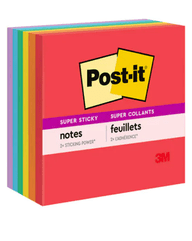 How the Minimum Wage Impacts Unemployment

How Minimum Wages May Raise Unemployment

What Are the Pros and Cons of Raising the Minimum Wage?
Partner Links
Related Terms
Minimum Wage: Federal vs. State, Exceptions, and FAQs
The minimum wage is a legally mandated price floor on hourly wages, below which nonexempt workers may not be offered a job or agree to work,
more
What Is a Living Wage? Definition, History, and How to Calculate
Living wage refers to a theoretical wage level that allows an individual to afford adequate shelter, food, and other necessities.
more
Understanding Non-Exempt Employee Status, Pros & Cons, Job Types
A non exempt employee is one who qualifies to earn at least minimum wage and receive overtime under the federal Fair Labor Standards Act (FLSA).
more
Small Business Job Protection Act of 1996
The Small Business Job Protection Act of 1996 is legislation that simplified pension rules and taxes for small businesses and increased the minimum wage.
more
Wage Expense
A wage expense is the cost incurred by companies to pay hourly employees and is a line item that may also include payroll tax expenses and benefits.
more
Justified Wage
A justified wage refers to income determined by market dynamics, work experience, education, and skill.
more