Once you’ve put money into a Roth IRA, you can trade mutual funds or other securities within your account without any tax consequences. That’s also true for traditional IRAs. The two types of IRAs differ, however, in what happens when you sell a mutual fund and withdraw the money.

By contrast, for mutual funds and other investments held outside of IRAs and other tax-advantaged accounts, you will owe taxes on your profits each time you sell a fund—even if you’re just moving the money from one fund to another within the same mutual fund company.

Both types of IRAs allow you to avoid paying taxes each year on the capital gains or other income your account generates but operate differently with regard to the tax benefits they offer.

With Roth IRAs, the money you put in is taxed as part of your income, and at your current marginal tax rate, for the year that you make the contribution. When you withdraw the money in retirement, there are no taxes on qualified distributions.

In a traditional IRA, however, your contributions are made with pretax income, meaning that the money is not taxed at that point but will be taxed when you eventually take distributions from the account. That includes both your original contributions and their earnings. With traditional IRAs, the tax benefit is realized upfront—you deduct contributions the year in which you make them and pay taxes on withdrawals later.

You can withdraw your contributions (but not earnings) from your Roth IRA at any time, without tax or penalty.

Roth and traditional IRAs differ significantly in how gains are treated when you withdraw them from the account. With a traditional IRA, the tax is merely deferred, and you will have to pay taxes on your contributions and any gains at your ordinary income tax rates. With a Roth IRA, that money is tax-free as long as you meet the criteria for a qualified distribution. Usually, that means you must be at least age 59½ and have held the account for at least five years, though there are several other specific situations that qualify, too.

For example, suppose you have a mutual fund in a Roth IRA that has grown to $15,000 from your initial contribution of $5,000, and you now want to sell it and withdraw the money from your account. Assuming it’s a qualified distribution, neither your $5,000 initial investment nor your $10,000 profit is taxable, and you can do as you please with the full $15,000.

With a traditional IRA, however, your entire distribution for the year in which you take it would be taxed at your marginal tax rate for ordinary income (as long as you are 59½ or older, otherwise you would also owe a 10% penalty on the withdrawal). So, for example, if you’re in the 22% marginal tax bracket, your $15,000 withdrawal would cost you $3,300 in taxes and net you just $11,700. Your state might want a piece of that, too.

Meanwhile, if you held the money outside of a tax-advantaged plan, such as in a regular brokerage account, your profit ($10,000) would be taxed at your long-term capital gains tax rate rather than your income tax rate. If that’s 15%, you would owe $1,500 in tax.

Do You Pay Capital Gains in a Roth IRA?

Earnings that you withdraw from a Roth IRA aren’t taxed as long as you meet the rules for qualified distributions. For a distribution to count as qualified, you will need to have had the Roth IRA for at least five years and be at least 59½ years old.

What Investments Do Roth IRAs Allow?

Most financial assets can be held in a Roth IRA (and traditional IRAs too). Life insurance and collectibles are among the exceptions.

How Much Is the Early Withdrawal Penalty?

The early withdrawal penalty for a Roth or traditional IRA is 10% of the amount you withdraw before age 59½. You may also owe income tax in addition to the penalty. You can withdraw contributions (but not earnings) at any time from a Roth IRA, without being subject to tax and the penalty.

If concerns about tax consequences have been keeping you from selling mutual fund shares (or other investments) to lock in gains within your Roth IRA, don’t let it hold you back. Qualified distributions from a Roth IRA are tax-free. However, if you’re selling a mutual fund in a traditional IRA and plan to withdraw the money, bear in mind that you’ll likely owe some tax. 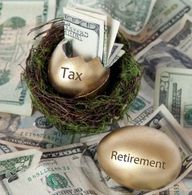 How to Use Your Roth IRA As an Emergency Fund

Roth IRAs: Investing and Trading Do’s and Don’ts
Partner Links
Related Terms
Roth IRA Basics
A Roth IRA is a special individual retirement account (IRA) in which you pay taxes on contributions, and then all future withdrawals are tax-free.
more
Self-Directed IRA (SDIRA): Rules, Investments, and FAQs
A self-directed individual retirement account (SDIRA) is a type of IRA, managed by the account owner, that can hold a variety of alternative investments.
more
Understanding a Traditional IRA vs. Other Retirement Accounts
A traditional IRA (individual retirement account) allows individuals to direct pre-tax income toward investments that can grow tax-deferred.
more
Backdoor Roth IRA: Advantages and Tax Implications Explained
The backdoor Roth IRA strategy allows taxpayers to set up a Roth IRA even if their income exceeds the IRS earnings ceiling for Roth ownership.
more
What Is a 401(k) and How Does It Work?
A 401(k) plan is a tax-advantaged retirement account offered by many employers. There are two basic types—traditional and Roth. Here's how they work.
more
Non-Qualified Roth IRA Distribution
A non-qualified Roth IRA distribution is subject to taxes and potentially an early withdrawal penalty.
more