Annuities can be great investments for retirement savings and estate planning, but they come at a cost. If money is withdrawn from an annuity prior to the term of the contract, the insurance company usually assesses a surrender charge for early withdrawal.

The Internal Revenue Service (IRS) may also assess a premature penalty of 10% and income tax on the withdrawn funds. The amount of the surrender charge depends on how long the owner stayed in the contract. The penalty for early withdrawal depends on the age of the contract holder and the circumstances for making the withdrawal.

In early January 2020, former President Donald Trump signed the Setting Every Community Up for Retirement Enhancement (SECURE) Act. Part of the act is expected to make annuities more popular. First, the act created a “fiduciary safe harbor” that lowers the risk that a plan participant will have to sue a plan fiduciary if the insurance company cannot pay on the annuity as promised.

Additionally, annuities sold inside qualified plans are now more portable. If the annuity option is taken out of the plan, the participant can roll it out of the plan “in-kind” rather than having to liquidate the option.

Annuity contracts are issued by insurance companies for a specified investment term, typically from four to eight years. Also known as the accumulation phase, this is the period during which your initial lump sum is supposed to grow, accumulating the funds that will be paid out to you later in the annuitization phase. This means that any withdrawal you make during this period incurs a surrender charge.

For each year the investment is held, the penalty for early withdrawal changes, decreasing lower the longer the annuity is held. This is called a surrender schedule. It is not uncommon for an early withdrawal penalty made in the first few years of owning an annuity to exceed 5%. For example, an annuity with an investment term of eight years might have a surrender charge of 8% in year one after you sign up, 7% in year two, and so on, dropping one percentage point annually until year eight.

In addition to penalties assessed by the insurance company, early withdrawals may also trigger an IRS penalty—specifically a 10% withdrawal penalty, the same fee levied on early distributions from a 401(k) or individual retirement account (IRA).

Why? Annuities are considered a retirement product by the IRS regardless of whether or not the contract is held in a qualified retirement plan (which usually isn't a good idea, anyway). Even non-qualified annuities (those purchased with after-tax dollars and not held in a retirement account) require the owner to reach the age of 59½ before taking penalty-free distributions.

Along with penalties, early withdrawals from annuities may also be subject to income taxes calculated at your regular income tax rate (generally, any earnings minus the original amount you invested in the annuity).

The 10% penalty applies to the earnings portion of a withdrawal—which doesn't sound too bad, except that, when it comes to annuities, the IRS assumes that earnings are withdrawn first (not your original investment).

Fortunately, like retirement accounts, annuities allow for early withdrawal with no penalty in the event the annuitant becomes disabled or dies. Additionally, some contracts offer a benefit for taking penalty-free withdrawals to pay for long-term care expenses.

Many annuity contracts also let the owner withdraw up to 10% of the contract value or premium each year, as defined in the contract, penalty-free.

Article Sources
Investopedia requires writers to use primary sources to support their work. These include white papers, government data, original reporting, and interviews with industry experts. We also reference original research from other reputable publishers where appropriate. You can learn more about the standards we follow in producing accurate, unbiased content in our editorial policy.
Take the Next Step to Invest
×
The offers that appear in this table are from partnerships from which Investopedia receives compensation. This compensation may impact how and where listings appear. Investopedia does not include all offers available in the marketplace.
Service
Name
Description
Part Of
Annuity Definition and Guide
Related Articles 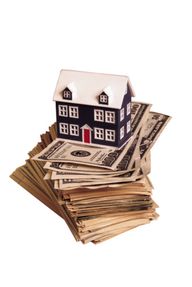 IRA vs. Annuity: What's the Difference?

Can You Use Your IRA to Buy a House?

IRA vs. Certificate of Deposit: What's the Difference?
Partner Links
Related Terms
Guaranteed Lifetime Annuity: How They Work, When They Pay You
A guaranteed lifetime annuity promises to pay the owner an income for the rest of their life. Here is how guaranteed lifetime annuities work.
more
Understanding a Traditional IRA vs. Other Retirement Accounts
A traditional IRA (individual retirement account) allows individuals to direct pre-tax income toward investments that can grow tax-deferred.
more
457 Plan
A 457 plan is a tax-advantaged retirement savings account available to many employees of governments and nonprofit organizations.
more
Withdrawal Penalty
A withdrawal penalty is a penalty or extra charge incurred by an individual from an account where withdrawals are controlled according to a timeline.
more
Variable Annuity: Definition and How It Works, Vs. Fixed Annuity
A variable annuity is a type of annuity that can rise or fall in value based on the performance of its underlying investment portfolio.
more
What Is a Fixed Annuity? Uses in Investing, Pros, and Cons
A fixed annuity is an insurance contract that pays a guaranteed rate of interest on the owner's contributions and later provides a guaranteed income.
more