The daily news broadcast just wouldn't be complete without a report about where the Dow Jones Industrial Average (DJIA) opened and closed. Although you've heard reports about the DJIA being up or down a certain number of points, do you know what these points represent? These point changes represent the changes in the stock prices of the companies the market index represents.

What Is the Dow Jones Industrial Index?

The Dow Jones Industrial Index is a list (or index) of companies considered to be good indicators of the stock market's overall strength. Simply put, these companies are a barometer of the market—when they do well, the economy tends to do well, and vice versa.

So the Dow takes the average value of these companies every day to see if it has increased or decreased. However, because the Dow only consists of 30 different stocks, it is not the best representation of the entire market. Sometimes, investors are misled into believing that if the Dow is up so are all other equities, but this is not the case.

The DJIA is named after Charles Dow, who created it in 1896, along with his business partner, Edward Jones.

Because the index deals with companies that are worth billions of dollars, a simple method of displaying their changes in value was formulated. Thus, Charles Dow broke everything into points rather than dollars.

The points still represent dollars, but the ratio is not 1:1. This way, instead of saying, "Today, the Dow stocks collectively gained $693.573961," people can say, "the Dow was up 100 points." Obviously, this is a vast improvement.

Changes to the Index Over Time

The index grew to 30 components in 1928 and has changed components many times since then. The first change came just three months after the index was launched. In its first few years until the Great Depression, there were many changes to its components. In 1932, eight stocks within the Dow were replaced. However, during this change, the Coca-Cola Company and Procter & Gamble Co. were added to the index, two stocks that are still part of the Dow as of 2021.

There have been many changes over the years, including a few major changes just in the last few years. In the summer of 2018, General Electric was dropped from the DIJA after being included for over 100 years. In 2019, DowDuPont was replaced by its spinoff Dow Inc. There were two key changes in 2020—Raytheon Technologies replaced United Technologies after the completion of their merger in April 2020. Then in August 2020, Raytheon, along with ExxonMobil and Pfizer, was dropped from the DIJA. Amgen, Salesforce.com, and Honeywell replaced them.

How Does the Dow Divisor Work?

To better understand how the Dow changes its value, let’s start at its beginnings. When Dow Jones & Co. first introduced the index in the 1890s, it was a “simple average” of the prices of all constituents. For example, let's say there were 12 stocks in the Dow index; in that instance, the Dow's value would have been calculated by simply taking the sum of closing prices of all 12 stocks and dividing it by 12 (the number of companies or “constituents of the Dow index”). Hence, the Dow started as a simple price average index.

To calculate the DJIA, the current prices of the 30 stocks that make up the index are added and then divided by the Dow divisor, which is constantly modified.

To demonstrate how this use of the divisor works, we will create an index, the Investopedia Mock Average (IMA). The IMA is composed of 10 stocks, which total $1,000 when their stock prices are added together. The IMA quoted in the media is therefore 100 ($1,000 ÷ 10). Note that the divisor in our example is 10.

Now, let's say that one of the stocks in the IMA average trades at $100 but undergoes a 2-for-1 split, reducing its stock price to $50. If our divisor remains unchanged, the calculation for the average would give us 95 ($950 ÷ 10). This would not be accurate because the stock split merely changed the price, not the value of the company.

To compensate for the effects of the split, we have to adjust the divisor downward to 9.5. This way, the index remains at 100 ($950 ÷ 9.5) and more accurately reflects the value of the stock in the average.

The value of the Dow Divisor has changed significantly over the years. For example, it was at 16.67 back in 1928 but is at 0.15188516925198 as of Aug. 2021. The values of the Dow Divisor as well as divisors for the other Dow Jones indexes are published daily in The Wall Street Journal and Barron's.

No mathematical model is perfect—each comes with its merits and demerits. Price weighting with regular divisor adjustments does enable the Dow to reflect the market sentiments at a broader level, but it does come with a few criticisms. Sudden price increments or reductions in individual stocks can lead to big jumps or drops in DJIA.

For a real-life example, an AIG stock price dip from around $22 to $1.5 within a month led to a fall of almost 3,000 points in the Dow in 2008. Certain corporate actions, like a dividend going ex (i.e., becoming an ex-dividend, wherein the dividend goes to the seller rather than to the buyer), lead to a sudden drop in DJIA on the ex-date. High correlation among multiple constituents also led to higher price swings in the index. As illustrated above, this index calculation may get complicated on adjustments and divisor calculations.

Despite being one of the most widely recognized and most followed indexes, critics of the price-weighted DJIA index advocate using the float-adjusted market-value-weighted S&P 500 or the Wilshire 5000 index, although they too come with their own mathematical dependencies.

After nearly 140 years as a marker of major market developments, the DJIA is still one of the most recognized and cited of all market indexes. While it may not represent new market opportunities and early-stage fast-growing companies, and may not be indicative of the overall economic strength of the U.S. economy given many of the companies in the Index procure a high percentage of revenue outside the U.S., it does provide some valuable purposes. So, despite all of its shortcomings, the Dow is still one of the most-watched indicators for stock market performance and the shape of the U.S. economy.

Why Is the Dow Jones Industrial Average (DJIA) Price Weighted?

What the Dow Means and How It Is Calculated 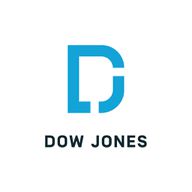