Loop Capital analyst Anthony Chukumba cited the stock's valuation, rather than a bearish fundamental outlook, for the downgrade. The analyst also urged investors to shift their positions to Dollar General, which he believes will benefit from a more predictable business model and a longer future square footage growth runway.

Big Lots shares moved sharply higher on Wednesday following an acceleration in retail spending in January. Gordon Haskett analyst Chuck Grom believes that the 2020 holiday season could go down as one of the best over the past decade, with several retailers already having posted strong same-store sales growth for the month.

From a technical standpoint, Big Lots stock moved off of its highs made during Wednesday's session. The RSI remains in overbought territory with a reading of 71.35, but the moving average convergence divergence (MACD) remains in a bullish uptrend. These indicators suggest that the stock could see some consolidation over the near term, but the long-term picture remains bullish.

Traders should watch for consolidation between highs of around $65.11 and trendline support at $54.00 over the coming sessions. If the stock breaks down, traders could see a move toward trendline support and the 200-day moving average at around $42.26. If the stock breaks out, traders could see a move toward trendline resistance at around $74.00, although a move that high seems less likely to occur given the extended valuation.

Big Lots shares moved sharply lower during Thursday's session after Loop Capital downgraded the stock to Hold with a $60 price target. With an overbought RSI and bullish MACD, the stock could see some consolidation above trendline support levels before resuming its move higher over the intermediate to long term.

WWE Stock Fails to Break Out After Analyst Downgrade 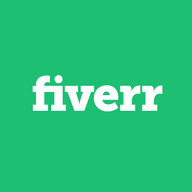 Fiverr (FVRR) Breaks Down After Comments From Analyst

Crocs (CROX) Breaks Out From Channel on Strong Guidance

Three White Soldiers
Three white soldiers is a bullish candlestick pattern that is used to predict the reversal of a downtrend.
more
Relative Strength Index (RSI)
The Relative Strength Index (RSI) is a momentum indicator that measures the magnitude of recent price changes to analyze overbought or oversold conditions.
more
Pennant Definition
A pennant is a pattern used in technical analysis described by a triangular flag shape that signals a continuation.
more
What Is an Uptrend?
Uptrend is a term used to describe an overall upward trajectory in price. Many traders opt to trade during uptrends with specific trending strategies.
more
Correction
A correction is a drop of at least 10% in the price of a stock, bond, commodity, or index.
more
Value Investing: How to Invest Like Warren Buffett
Value investors like Warren Buffett select undervalued stocks trading at less than their intrinsic book value that have long-term potential.
more