The state of Florida said it will divest $2 billion of investments overseen by BlackRock (BLK), the world's largest asset manager, because of the firm's support for sustainable investing.

Florida is the latest state to pull assets from BlackRock, a leading proponent of environmental, social and governance (ESG) investment strategies, which focus on investment in companies that operate based on Environmental, Social and Governance concerns.

"Using our cash to fund BlackRock's social-engineering project isn't something Florida ever signed up for," Jimmy Patronis, Florida's chief financial officer, said in a released statement. "It's got nothing to do with maximizing returns and is the opposite of what an asset manager is paid to do."

Sustainable investing has gained increasing prominence in the past decade, with hundreds of investment funds established to focus on firms specifically adhering to ESG principles. But the approach has attracted increased scrutiny from institutional investors such as pension funds, who worry that ESG strategies may fail to meet fiduciary responsibilities by potentially sacrificing potential investment returns in favor ESG standards.

Conversely, ESG strategies have encountered increasing criticism for turning a blind eye to greenwashing. Many investors worry the rising focus on ESG investing either leads funds and companies to make unsubstantiated claims that overstate the positive impact of their policies or understate the impact of their environmentally or socially damaging operations or a combination of both.

BlackRock, an early ESG investing advocate and manager of $8 trillion in global assets, has turned into the poster child for ESG critics across the ideological and political spectrum.

Some Republicans view the firm as a climate activist too focused on a battle against global warming to adequately meet what they see as its primary purpose: making money for investors.

Some Democrats, on the other hand, see BlackRock's ESG support as hypocritical because it continues investing in companies they view as anti-ESG, such as fossil fuel producers.

That has led to an amalgam of state-by-state policies toward public ESG investments, mostly depending on which party controls a given state's executive and legislative branches.

Five primarily Republican-led states have restricted the use of ESG factors in state investments. Other states, including Louisiana and Missouri, have also directly pulled money from BlackRock. Still others, including Texas, have banned state and local government entities from doing business with firms that have reduced investments in companies based on ESG factors.

Conversely, four primarily Democrat-led states have enacted policies promoting the integration of ESG investment standards, and several others have urged divestment from firms or industries viewed as anti-ESG.

"Stakeholder capitalism is not about politics," he wrote in his annual letter to corporate leaders in January. "It is not a social or ideological agenda. It's not 'woke.'"

Combined, U.S. states now have pulled at least $3.3 billion from BlackRock because of its ESG support, and Florida's action seems to indicate the scrutiny may continue to grow.

Some investment analysts have expressed concerns about the potential impact of that scrutiny on BlackRock's business prospects, particularly amid the financial market challenges the company has faced this year. Shares of BlackRock fell 1.3% Friday, extending their year-to-date loss to 21%.

At the same time, questions have arisen about how well firms evaluate their ESG practices and whether ESG investments benefit or detract from investment returns.

A recent study cited by Harvard Business Review found that 70% of corporate executives lack confidence in their reporting on non-financial matters such as ESG, and researchers have found that companies in ESG investment portfolios have worse labor and environmental compliance records than those in non-ESG portfolios.

3 Trends To Watch in ESG Investing

Resetting the Standards and Investing Principles for ESG

Busting Through the Greatest Myths in Green Investing 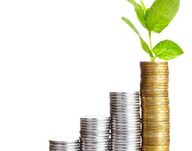 Mid-Cap ESG Investing
Partner Links
Related Terms
What is Sustainability? How Sustainabilities Work, Benefits, and Example
Sustainability focuses on meeting the needs of the present without compromising the ability of future generations to meet their needs.
more
Impact Investing Explained: Definition, Types, and Examples
Impact investing aims to generate specific beneficial social or environmental effects in addition to financial gains.
more
Guide to Green Investing
Green investing consists of investment activities that focus on companies or projects committed to the conservation of natural resources.
more
What Is Environmental, Social, and Governance (ESG) Investing?
Environmental, social, and governance (ESG) investing refers to a set of standards that socially conscious investors use to screen investments.
more
Guide to Socially Responsible Investments (SRI)
Socially responsible investing looks for investments that are considered socially conscious because of the nature of the business the company does.
more
What Is Greenwashing? How It Works, Examples, and Statistics
Greenwashing is conveying a false impression that a company or its products are more environmentally sound than they really are.
more