Block Inc. (SQ), which changed its name from Square in December 2021 to distinguish the broader company from the Square brand that was built for the company's seller business, has seen its growth decelerate sharply in recent quarters. But Block has been active in looking for new ways to boost growth, recently acquiring Afterpay Ltd., an Australia-based fintech company that offers customers the ability to "buy now, pay later." Block plans to integrate Afterpay's offerings into its seller and mobile payment ecosystems.

Investors will be watching to see if Block has been able prevent a further slowdown in its financial performance when the company reports earnings on Feb. 24, 2022 for Q4 FY 2021. Analysts expect adjusted earnings per share (EPS) to decline as revenue grows at a robust pace, albeit at the second-slowest pace in at least 15 quarters.

Investors will also be focused on Block's gross payment volume (GPV), a key metric that provides an overall picture of transaction volumes. It is Block's main gauge of the total dollar amount being transacted through its payment ecosystems. Analysts estimate that Block's GPV will expand at a robust pace, barely accelerating from the previous quarter.

Shares of Block have underperformed the broader market over the past year. The stock has been volatile but generally maintained a consistent performance gap with the rest of the market between late February 2021 and late October 2021. Since early November, the stock has been steadily falling, causing its performance gap to widen considerably. Block's shares have provided a total return of -65.0% over the past year, well below the S&P 500's total return of 11.1%.

Block, then called Square, reported mixed results in its Q3 FY 2021 earnings report. Adjusted EPS matched analysts' expectations, rising 8.3% compared to the year-ago quarter. It was the slowest pace of growth since adjusted EPS declined in Q2 FY 2020. Revenue missed consensus estimates, rising 26.7%. It was the slowest pace of revenue growth in at least 14 quarters. Growth in Block's payment ecosystem for vendors was a major driver of earnings and revenue growth for the quarter.

In Q2 FY 2021, Block (Square) reported earnings that beat analysts' expectations. Adjusted EPS rose 265.6% year over year (YOY), rising at the second-fastest pace in at least 13 quarters but slowing considerably from the pace of growth in the previous quarter. Revenue expanded 143.3% compared to the year-ago quarter, also the second-fastest pace in at least 13 quarters. The company highlighted its acquisition of a significant majority ownership stake in the music-streaming service TIDAL. The acquisition provided an added revenue boost during the quarter.

Analysts expect healthy financial performance from Block in Q4 FY 2021, but nothing overly impressive. Adjusted EPS is expected to decline 32.4% YOY, which would be the first decline since the second quarter of FY 2020. Revenue is forecast to rise 28.7% YOY, accelerating slightly from the previous quarter's pace of growth. For full-year FY 2021, analysts expect adjusted EPS to increase 94.9%, which would be the fastest pace of growth since FY 2017. Annual revenue is forecast to expand 85.8%, slowing from the previous year's growth of 101.5%.

As mentioned above, investors will also be focusing on Block's GPV, a key metric tracking the total dollar amount, net of refunds, of all card payments processed by sellers using the company's payments ecosystem. It includes peer-to-peer payments as well as transactions with merchants that use Block's mobile payments app. Block charges transaction fees on these gross payments and those fees constitute a major source of revenue. The transaction fees are generally calculated on a percentage of the total transaction amount processed. The greater the GPV, the more transaction-based revenue Block is able to generate.

GPV also provides an indication of how many users the company has on its platform. If Block can attract more users to its main payments ecosystem, then it will be able to direct more traffic to its other businesses, such as operations management software company Stitch Labs, website building platform Weebly, and recently acquired TIDAL. It will also be able to offer its digital payment services to customers of those businesses. 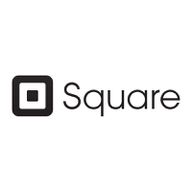 Nvidia Q4 FY2022 Earnings Report Preview: What to Look For
Partner Links
Related Terms
Fiscal Quarters (Q1, Q2, Q3, Q4) Explained
A quarter is a three-month period on a company's financial calendar that acts as a basis for the reporting of earnings and the paying of dividends.
more
Gross Domestic Product (GDP): Formula and How to Use It
Gross domestic product is the monetary value of all finished goods and services made within a country during a specific period.
more
V-Shaped Recovery: Definition, Characteristics, Examples
A V-shaped recovery refers to a type of economic recession and recovery that resembles a 'V' shape in charting. It involves a sharp rise back to a peak after a sharp decline.
more
Growth Recession
Growth recession describes an economy that is growing at such a slow pace that more jobs are being lost than are being added.
more
GDP Per Capita Defined: Applications and Highest Per Country
GDP per capitais a metric that breaks down a country's GDP per person and is calculated by dividing the GDP of a country by its population.
more
Year-Over-Year (YOY): What It Means, How It's Used in Finance
Year-over-year (YOY) describes how investors can see a difference in financials or information of a company between comparable quarters or years.
more