Carnival Corporation & PLC (CCL) stock is ticking lower on Thursday after a lengthy business update regurgitated what we already know about the pandemic's impact on the cruise line business. Cash burn offered the most useful statistic in the release, with a third quarter rate of $770 million, in line with expectations. The company currently has a total of $8.2 billion in cash and cash equivalents but is also saddled with high debt.

President Trump overruled CDC director Robert Redfield in late September, nixing the extension of a no-sail order on passenger lines into next year. Vice President Mike Pence then cancelled a White House meeting with ship operators due to the COVID-19 outbreak, but neither action generated much volatility, indicating that these issues are properly valued at this time. Cruise line stocks are also trading near three-month support levels, raising the odds for higher prices into the election.

Royal Caribbean has earned the dubious title of "best-in-class" in the group, outperforming Carnival and Norwegian Cruise Line Holdings Ltd. (NCLH), indicating that the Miami-based company is in better financial shape after months of revenue disruption. As a result, remaining sector bulls should probably focus on this issue rather than its rivals once the pandemic runs its course or an effective vaccine is manufactured.

Technically oriented market players can compare these issues by looking at price action relative to their 50- and 200-day exponential moving averages (EMAs). Neither Carnival nor Norwegian has touched the 200-day EMA since their first quarter breakdowns, while Royal Caribbean has been sticking like glue since late August. As a result, it is no surprise that this issue has also carved the strongest accumulation pattern, with the on-balance volume (OBV) accumulation-distribution indicator holding near an all-time high.

Wall Street has grown upbeat about Royal Caribbean's outlook, posting a stronger rating than its rivals, with a "Moderate Buy" consensus based upon seven "Buy" and five "Hold" recommendations. Just two analysts now recommend that shareholders close positions and move to the sidelines. Price targets currently range from a low of $34 to a Street-high $75, while the stock opened Thursday's session just $7 under the high target. Not surprisingly, this placement predicts gains will be limited until pandemic fears recede.

The stock posted an all-time high at $124 in February 2018 and eased into a rectangular trading range with support in the $90s. It failed September 2018 and December 2019 breakout attempts, ahead of a range breakdown that hit an eight-year low in the upper teens in March. The subsequent recovery wave stalled just below the 200-day EMA in the $70s in June, yielding a pullback to the 50-day EMA, followed by a late-summer uptick that reached the long-term moving average.

Market players can focus their attention on two black trendlines that are set to converge in December. A rally above $75 or so will reestablish support at the 200-day EMA, opening the door to a buying wave into the .618 Fibonacci selloff retracement level in the low $90s. On the flip side, a breakdown through the narrowly aligned .382 retracement level, 50-day EMA, and rising trendline would signal bad news for bulls, exposing additional downside into the mid-$40s.

Royal Caribbean stock has carved a stronger technical pattern than its rivals, offering greater potential returns for shareholders when the pandemic runs its course.

Visa (V) and Mastercard (MA) Back on Growth Track 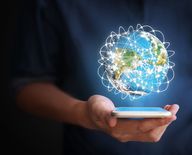 What's Next For Big Tech Stocks?

Royal Caribbean (RCL) Posts Greater-Than-Expected Q2 Loss
Partner Links
Related Terms
What Are Fibonacci Retracement Levels?
Fibonacci retracement levels are horizontal lines that indicate where support and resistance are likely to occur. They are based on Fibonacci numbers.
more
Pivot Point
A pivot point is a technical analysis indicator used to determine the overall trend of the market during different time frames.
more
What Is an Impulse Wave Pattern in the Markets?
An impulse wave pattern describes a strong move in the price of a financial asset that coincides with the main direction of the underlying trend.
more
Exponential Moving Average (EMA)
An exponential moving average (EMA) is a type of moving average that places a greater weight and significance on the most recent data points.
more
What Is a Doji Candle Pattern?
A doji is a name for a session in which the candlestick for a security has an open and close that are virtually equal and are often components in patterns.
more
How Data Smoothing Works
Data smoothing is done by using an algorithm to remove noise from a data set. This allows important patterns to stand out.
more