What Is a Carry Trade?

A carry trade is a trading strategy that involves borrowing at a low-interest rate and investing in an asset that provides a higher rate of return. A carry trade is typically based on borrowing in a low-interest rate currency and converting the borrowed amount into another currency. Generally, the proceeds would be deposited in the second currency if it offers a higher interest rate. The proceeds also could be deployed into assets such as stocks, commodities, bonds, or real estate that are denominated in the second currency.

Have you ever been tempted to take a 0% cash advance offered by credit card issuers for limited periods in order to invest in an asset with a higher yield? This tactic is the siren call of the carry trade.

Many credit card issuers tempt consumers with an offer of 0% interest for periods ranging from six months to as long as a year, but they require a flat 1% “transaction fee” paid up-front. With 1% as the cost of funds for a $10,000 cash advance, assume an investor invested this borrowed amount in a one-year certificate of deposit (CD) that carries an interest rate of 3%. Such a carry trade would result in a $200 ($10,000 x [3% - 1%]) or 2% profit.

The carry trade strategy is best suited for sophisticated individual or institutional investors with deep pockets and a high tolerance for risk.

The Risks of Carry Trades

Currency risk in a carry trade is seldom hedged because hedging would either impose an additional cost or negate the positive interest rate differential if currency forwards—or contracts that lock in the exchange rate for a time in the future—are used.

For example, by 2007 the carry trade involving the Japanese yen had reached $1 trillion as the yen had become a favored currency for borrowing thanks to near-zero interest rates. But as the global economy deteriorated in the 2008 financial crisis, the collapse in virtually all asset prices led to the unwinding of the yen carry trade. In turn, the carry trade surged as much as 29% against the yen in 2008, and 19% percent against the U.S. dollar by 2009.

Carry trades are popular when there is ample appetite for risk. However, if the financial environment changes abruptly and speculators are forced to carry trades, this can have negative consequences for the global economy.

How a Carry Trade Can Negatively Affect an Investor

Instead of a CD, an investor may decide to invest the $10,000 in the stock market with the objective of making a total return of 10%. In this case, the net return would be 9% if the markets cooperate. But what if there’s a sudden market correction and the investor's portfolio is down 20% by year-end when the credit card cash advance of $10,000 comes due? In this situation, the carry trade has gone awry, and the investor now has a deficit of $2,000 instead of a 9% gain.

Investopedia does not provide tax, investment, or financial services and advice. The information is presented without consideration of the investment objectives, risk tolerance, or financial circumstances of any specific investor and might not be suitable for all investors. Investing involves risk, including the possible loss of principal.

Article Sources
Investopedia requires writers to use primary sources to support their work. These include white papers, government data, original reporting, and interviews with industry experts. We also reference original research from other reputable publishers where appropriate. You can learn more about the standards we follow in producing accurate, unbiased content in our editorial policy.
Take the Next Step to Invest
×
The offers that appear in this table are from partnerships from which Investopedia receives compensation. This compensation may impact how and where listings appear. Investopedia does not include all offers available in the marketplace.
Service
Name
Description
Related Terms
Inside the Interest Rate Differential (IRD)
An interest rate differential (IRD) measures the gap in interest rates between two similar interest-bearing assets.
more
What Is the Positive Carry Strategy?
Positive carry is the practice of investing with borrowed money and profiting from the rate difference. The strategy is common in currency markets.
more
JPY (Japanese Yen) Definition
JPY is the currency abbreviation or the currency symbol for the Japanese yen (JPY), the currency of Japan.
more
Cash-and-Carry Trade Definition
A cash-and-carry trade is an arbitrage strategy that exploits the mispricing between the underlying asset and its corresponding derivative.
more
Risk
Risk takes on many forms but is broadly categorized as the chance an outcome or investment's actual return will differ from the expected outcome or return.
more
Funding Currency Definition
A funding currency is exchanged in a currency carry trade.
more
Partner Links
Related Articles

The U.S. Dollar and the Japanese Yen: An Interesting Partnership 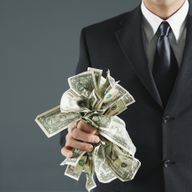 How to Borrow for Free