The Consumer Financial Protection Bureau (CFPB) has issued an enforcement action against U.S. Bank, saying that the fifth-largest bank in the country broke multiple federal laws when it allowed employees to create sham accounts using personal data from customers without their consent.

The federal agency has ordered the bank to pay a $37.5 million fine and return illegal fees to the affected consumers, plus interest. The case is reminiscent of an enforcement agency the CFPB took against Wells Fargo in 2016, slapping it with a $100 million fine for similar actions.

It's common for banks and credit unions to encourage employees to cross-sell their products and services to existing consumers. But at U.S. Bank, the pressure and incentives got out of hand, says the CFPB, to the point where sales goals were part of the job requirements.

As a result, the bank's employees accessed customers' credit reports and other personal information to open fictitious accounts in their names to satisfy the bank's demands, and the CFPB says it's been happening for over a decade.

The CFPB also found that the bank knew about the sham accounts, which included checking and savings accounts, credit cards, and personal lines of credit, but failed to put procedures in place to detect and prevent the unauthorized activity.

As a result, affected customers had to deal with unwanted accounts, negative items on their credit reports, loss of control over their information, and more.

In its investigation, the CFPB found that U.S. Bank had violated multiple federal laws, including the Consumer Financial Protection Act, the Fair Credit Reporting Act, the Truth in Lending Act, and the Truth in Savings Act.

In addition to the $37.5 million fine to the CFPB, which will go into the agency's victim relief fund, the bank must also return all illegally charged fees and other costs, plus interest.

U.S. Bank's scheme is similar to one that Wells Fargo engaged in for several years, resulting in a $100 million fine from the CFPB and a $3 billion settlement with the Department of Justice, Securities and Exchange Commission, and two U.S. attorney's offices.

Predatory Lending Laws: What You Need to Know

CFPB Seeking More Than $1 Billion in Fines from Wells Fargo 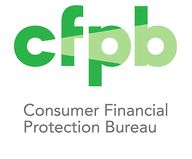 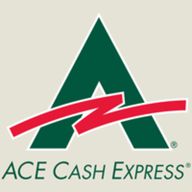