In what's widely considered the most significant regulatory action to date on pet insurance, the National Association of Insurance Commissioners (NAIC) may soon release a new model law governing the policies. Here is what it could mean for consumers.

Behind the NAIC's Pet Project

The NAIC’s Property and Casualty Insurance Committee launched the Pet Insurance Working Group in 2019, spurred by brisk growth in the pet insurance market as well as regulatory probes and disciplinary actions in a few states. Its springboard was the NAIC publication A Regulator's Guide to Pet Insurance, which informs the model law draft. Pending further discussions and reviews, a final version of the model law could be released later this year.

The Pet Insurance Working Group will give a status report to the Property and Casualty Insurance Committee on April 13, during its spring national meeting, according to an NAIC spokesperson.

The group is "still working through the model and taking comments as it looks to come to consensus on all sections," the spokesperson says.

So far, for example, preliminary discussions over the last month have led to:

Consumers have often struggled to navigate what’s been a state-by-state patchwork of pet insurance rules and protections. Common concerns include rising rates, claim denials, how pre-existing conditions are defined, and coverage exclusions. The NAIC model law aims to bring more uniformity, although it’s up to the individual states to consider, adopt, or adapt the framework.

"Pet insurance surely needs reform, and the current changes seem to be a step in that direction," Robert Hunter, director of insurance at the Consumer Federation of America, told Investopedia. He points out that the NAIC working draft may not be indicative of a final direction and that it’s important for consumers to continue to evaluate pet insurance "with great care."

Regulation varies widely, and California is currently the only state with a law specifically governing pet insurance, the NAIC says. Its law requires policies to have clear language on coverage limits, lifetime limits, waiting periods, and deductibles. On top of that, a bill introduced earlier this year seeks to expand the state’s protections, requiring pet insurance to fully cover the cost of spaying and neutering cats and dogs and adding insurance cancellation protections for policyholders.

The pet insurance sector (made up of about 20 companies) posted gross written premiums of $1.56 billion at year-end 2019, up 24% from the prior year, according to the latest data from the North American Pet Health Insurance Association (NAPHIA), whose members represent 97% of pet policies in the U.S. and Canada. Nearly 2.8 million pets were insured at the end of 2019.

Overall in 2020, U.S. consumers spent $103.6 billion on pets—the highest level in industry history, says Steve King, president and CEO of the American Pet Products Association (APPA). "We are bullish for the coming year,” he notes, “projecting growth of 5.8%—well above the historical average of 3% to 4%."

Some evidence suggests that the pandemic sparked a pet ownership boomlet, with more families adopting or buying pets as they embraced remote work and sought extra companionship. One in 10 adults ages 50 to 80 got a new "pandemic pet" between March 2020 and January 2021, according to a poll from the University of Michigan’s Institute for Healthcare Policy and Innovation. And a biennial survey by the APPA finds that 84.9 million U.S. households now own a pet, up from up from 79.7 million in 2015.

What Consumers Can Do Now

States aren’t obligated to adopt or adapt its model laws, but the NAIC says most that do typically do so within three years.

In the meantime, the California Department of Insurance has a checklist of questions for consumers to consider in evaluating pet insurance. And the NAIC posted advice on assessing the need for pet insurance, comparing policies, as well as considering alternatives to pet insurance.

The Insurance Industry Confronts Its Own Racism 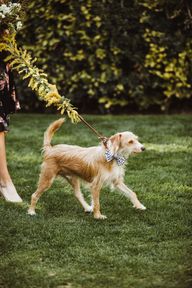 How Does Pet Insurance Work?

Pet Insurance Coverage
Partner Links
Related Terms
National Association of Insurance Commissioners (NAIC) Defined
The National Association of Insurance Commissioners (NAIC) is a nonprofit organization that helps develop model laws for state insurance regulators.
more
Pet Insurance Definition
Pet insurance is purchased by a pet owner to lower the overall costs of veterinary bills and is similar to health insurance for humans.
more
What Is Surplus Lines Insurance? How It Works, Uses, and Types
Surplus lines insurance policies offer coverage for risks that regular insurance company don't want to take on.
more
Rent Stabilization Definition
Rent stabilization is a controversial policy tool that originated in the 20th century and is designed to control rent prices.
more
Overview of Insurtech & Its Impact on the Insurance Industry
Insurtech refers to the use of technology innovations designed to squeeze out savings and efficiency from the current insurance industry model.
more
Global Corporate Minimum Tax
Implementation of a global corporate minimum tax involves complex political, legal, and economic decisions. Learn the issues and how it could work.
more