The three national credit bureaus have announced plans to overhaul how they handle medical collections reporting, resulting in tens of billions of dollars in debt being wiped from U.S. consumers' credit reports. The changes, which will go into effect this summer, will get rid of roughly 70% of the medical debt in collection accounts that are currently on consumer credit reports.

Details on the New Changes on Medical Collection Reporting

Medical debt can be financially devastating, but it doesn't have to destroy your credit, too. At least that's what the national credit reporting agencies, Experian, Equifax, and TransUnion, are saying.

The credit bureaus have announced changes to how they manage the reporting of medical bills after they've gone to collections, which have been in the works for several months. Starting in July, the companies will automatically remove medical debts that were paid after they were sent to collections.

Additionally, the credit bureaus plan to extend the timeline of reporting from 180 days after a medical bill has been sent to collections to one full year. This will give consumers more time to deal with medical debt without it impacting their credit scores.

Finally, in the first half of next year, the companies plan to remove all unpaid medical debts of less than $500, though that threshold may increase.

The Announcement Follows a Damning Report by Consumer Watchdog Agency

In a joint statement, the credit bureaus said that the changes reflect the companies' commitment to facilitating access to fair and affordable credit. All three companies remain under investigation by the CFPB for their handling of consumer disputes. 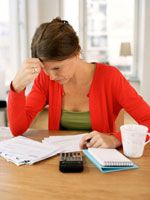 How Accurate Is Your Free Score From Credit Karma?

How To Get and Use an Annual Credit Report
Partner Links
Related Terms
5 Cs of Credit: What They Are, How They're Used, and Which is Most Important
The 5 Cs of credit are character, capacity, collateral, capital, and conditions. The 5 Cs of credit are important because lenders use them to set loan rates and terms.
more
Fair Credit Reporting Act (FCRA)
The Fair Credit Reporting Act (FCRA) is the federal law regulating the collection of consumers' credit information and access to their credit reports.
more
Super-Prime Credit
Consumers with super-prime credit are considered to have excellent credit and pose the least risk to lenders and creditors.
more
What Is a Credit Reporting Agency?
A credit reporting agency is a business that maintains historical credit information on individuals and businesses.
more
What Is FICO 9?
FICO 9 is an updated FICO credit scoring model. Here’s what it stands for and how it’s calculated.
more
Personal Finance
Personal finance is about managing your budget and how best to put your money to work to realize your financial independence and goals.
more