Wormhole, one of the most popular bridges that link the Ethereum and Solana blockchains, has suffered a theft of cryptocurrencies worth over $320 million in an apparent hack that took place on Feb. 2, 2022. These two blockchains are popular in the worlds of decentralized finance (DeFi), where programmable contracts can replace lawyers and bankers in some transactions, and non-fungible tokens (NFTs).

However, on Feb. 3, 2022, Wormhole indicated that "all funds have been restored," that its services have come back online, and that it is preparing a full incident report. Certus One, the developers of Wormhole, offered the hackers a $10 million "bug bounty" for details of their "exploit" and return of the stolen cryptocurrency.

Targets of the Hack

Ethereum is the most utilized blockchain network, including being a major participant big player in DeFi, where programmable pieces of code known as smart contracts can replace intermediaries such as banks and lawyers in certain types of business transactions.

A newer competitor, Solana, is enjoying growing popularity due to lower cost and greater speed than Ethereum. Wormhole is a protocol that allows users to shift their tokens and NFTs between Solana and Ethereum.

Blockchain cybersecurity firm CertiK finds that the Wormhole hacker's takings include at least $251 million worth of Ethereum, almost $47 million in Solana, plus more than $4 million in USDC, a stablecoin pegged to the price of the U.S. dollar.

Since few users use only one blockchain exclusively, bridges such as Wormhole have become important intermediaries that allow users to shift cryptocurrency holdings between chains. The $320 million theft is the second-biggest since $600 million worth of tokens were stolen from cryptocurrency platform Poly Network, another major player in DeFi, in August 2021. It also is the largest theft affecting Solana, a rising rival to Ethereum in the worlds of DeFi and NFTs.

Mechanics of the Wormhole Heist

Bridges such as Wormhole take an Ethereum token, lock it into a contract on one chain, and then issue a parallel token on the chain at the other side of the bridge. Initial analysis by CertiK suggests that the hackers exploited a vulnerability on the Solana side of the Wormhole bridge to create 120,000 so-called "wrapped" Ethereum for themselves.

Wrapped Etherum tokens are pegged to the value of the original coin but are interoperable with other blockchains. The hackers may have used these tokens to take possession of Ethereum being held on the Ethereum side of the Wormhole bridge.

The hackers apparently were able to mint 120,000 wrapped ETH (wETH) on the Solana blockchain, 93,750 ETH of which were then transferred to the Ethereum blockchain, per blockchain analysis firm Elliptic. These 120,000 wETH were worth almost $324 million at current exchange rates.

CertiK notes that bridges multiply the possible lines of attack from hackers by operating across two or more blockchains. When they hold hundreds of millions of dollars of assets in escrow, they become even more attractive targets.

Meanwhile, Vitalik Buterin, the founder of Ethereum, already has argued that bridges are unlikely to exist for much much longer in the crypto ecosystem. Part of his reasoning is that there are "fundamental limits to the security of bridges that hop across multiple 'zones of sovereignty.'"

"The $320 million hack on Wormhole Bridge highlights the growing trend of attacks against blockchains protocols," CertiK co-founder Ronghui Gu told CNBC. "This attack is sounding the alarms of growing concern around security on the blockchain," he added. 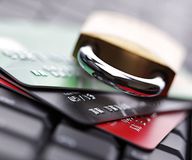 At Least $360,000 in NFTs Stolen From BAYC After Third Hack This Year

How to Find New Crypto Coins
Partner Links
Related Terms
What Is Ethereum and How Does It Work?
Ethereum is a blockchain-based software platform with the native coin, ether. Ethereum smart contracts support a variety of distributed apps across the crypto ecosystem.
more
Hard Fork (Blockchain) Definition
A hard fork is a radical change to the protocol of a blockchain network that makes previously invalid blocks/transactions valid—or vice-versa.
more
Blockchain Facts: What Is It, How It Works, and How It Can Be Used
A blockchain is a digitally distributed, decentralized, public ledger that exists across a network. It is most noteworthy in its use with cryptocurrencies and NFTs.
more
Altcoin Explained: Pros and Cons, Types, and Future
An altcoin is a cryptocurrency or token that is not Bitcoin (BTC). Etherum (ETH) is an altcoin. Learn about altcoins and what makes them different.
more
Financial Technology (Fintech): Its Uses and Impact on Our Lives
Fintech, a portmanteau of "financial technology", is used describe new tech that seeks to improve and automate the delivery and use of financial services.
more
Cryptocurrency Explained With Pros and Cons for Investment
A cryptocurrency is a digital or virtual currency that uses cryptography and is difficult to counterfeit.
more