Renting Is on the Upswing, Particularly Among Boomers

The fading consumer loyalty to insurers, the J.D. Power study suggests, could be particularly acute among the growing numbers of baby boomer adults, who are increasingly choosing renting over homeownership as they approach retirement.

A recent housing market analysis by the Joint Center for Housing Studies of Harvard University, for example, found that about two-thirds of all U.S. rental housing growth between 2004 and 2019 was driven by adults age 55 and older—and that group now accounts for 30% of all renter households.

What's more, 84% of renters now believe that renting is more affordable than owning, according to a survey by Freddie Mac. That percentage represents an all-time high for the survey, which has tracked renter and owner perspectives since 2015.

Boomer renters stood out in the Freddie Mac survey, with 87% saying that renting is more affordable than owning. In addition, boomer renters are more satisfied (50%) with their rental experience as compared with other generations (older Millennials 39%, Gen X 35%, younger Millennials 33%). And growing numbers of boomers (currently 27%) say they will never move from their rental situation.

How Loyalty Differs Among Generations

Only about half (52%) of baby boomers and pre-boomers, as identified by J.D. Power (born before 1946), who move from homeowners to renters insurance policies stay loyal to the same insurer, the study found.

"The generational shift from home ownership to renting represents a significant customer retention risk unless insurers figure out a better way to maintain customer loyalty throughout this critical life phase," says Robert M. Lajdziak, J.D. Power's senior consultant of insurance intelligence. "So far, most insurers are missing that mark."

The report called out the boomer population because it had the largest share that made this transition. But J.D. Power data suggest that insurers are struggling to keep other transitioning age groups as customers, as well. The percentage of homeowner-turned-renter policyholders who keep their insurer falls to 44% among Gen X insureds and 36% among insureds in Gens Y and Z. By comparison, the annual retention rate for all homeowners insurance customers is 91.7%, Lajdziak notes.

"There is a huge opportunity out there for insurers that get the life-stage transition formula right," he says, "but the scale of this generational movement will likely drive a great deal of switching activity in the future."

What Impacts Loyalty and Retention?

Along with housing preferences, affordability, and generational trends, there are other factors at play, according to the U.S.-related findings of a recent global insurance consumer survey by Deloitte.

One reason for high retention rates in the homeowners insurance sector, for instance, might be that 56% of U.S. consumers bundle their auto and home coverages, far higher than in any other country Deloitte surveyed except Canada. That makes it more likely for customers to stick with their carrier—and harder for insurers to compete for just one of the paired policies at renewal time.

In the homeowners insurance category, Amica Mutual ranked highest for overall satisfaction in the J.D. Power study, with a score of 854 (on a 1,000-point scale). Automobile Club of Southern California (840) came in second, while Erie Insurance (835) and State Farm (835) tied for third. Fourth on the list is Automobile Club Group (AAA) with a score of 834, and rounding out the top five is American Family (831). USAA, which is not ranked because it doesn't sell to the general public, scored 882.

What Does the American Dream Mean to Different Generations?

10 Reasons Why Renting Could Be Better Than Buying 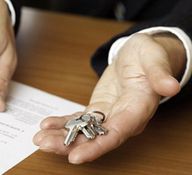 Should Retirees Own or Rent Their Homes?

Generation X (Gen X)
Generation X was born between the mid-1960s and the early-1980s, after baby boomers and before millennials.
more
What Is the Federal Housing Administration (FHA)?
The Federal Housing Administration (FHA) provides mortgage insurance to FHA-approved lenders. If a borrower defaults, then the FHA pays the lender.
more
What Is Generation Z (Gen Z)?
Born after 1996, the oldest members of Generation Z are just starting their careers and possibly their families. Saving for retirement is a priority.
more
The SCRA offers financial protection for active-duty service members.
The Servicemembers Civil Relief Act (SCRA) is a law aimed at protecting service members financially during the time they’re serving the country.
more
What Is the National Housing Act?
The National Housing Act, passed in 1934 to strengthen the residential real estate market, created the Federal Housing Administration (FHA).
more
U.S. Department of Housing and Urban Development (HUD) Definition
The Department of Housing and Urban Development (HUD) is a U.S. government agency created in 1965 to support community development and homeownership.
more