Walt Disney's (DIS) focus is squarely on internal restructuring and cost-cutting, and it's not for sale to Apple (AAPL) or another company, nor is it pursuing acquisitions, CEO Bob Iger said in a meeting with employees Monday.

A recent report suggesting he would end up selling out to Apple or "some other megabuyer" is "pure speculation not rooted in any fact," Iger said in response to a question from an employee. He reclaimed the job he previously held for 15 years on Nov. 20, after the board of the media and entertainment giant ousted his hand-picked but estranged successor.

"Nothing is forever, but I’m very comfortable with the set of assets that we have. I think they can serve our company," Iger said at the meeting . "Don’t expect any headlines soon about deals."

Responding to another question, however, Iger acknowledged uncertain prospects for the company's ABC and ESPN television networks, which face accelerating revenue declines amid cord-cutting by cable subscribers, as noted by company executives after Disney's most recent quarterly earnings report.

"If you look long term at the future of linear TV, it would be wise to be skeptical or pessimistic about it," Iger said. "How that manifests itself in our company, I don’t know." Hedge fund manager Daniel Loeb recently urged Disney to spin off ESPN.

Since the board ousted Bob Chapek as CEO about a week ago, Iger has signaled his priority will be stemming the streaming losses that climbed to nearly $1.5 billion last quarter as the company prioritized subscriber growth. A Disney+ price increase on Dec. 8, along with the debut of ads on a lower-cost service tier, both planned under Chapek, should help the bottom line.

Iger has also retained a hiring freeze put in place by Chapek in his final days, following market disappointment with the company's quarterly results. In the employee town hall, the CEO made no reference to the layoffs Chapek had also signaled were in the works.

Iger pledged a renewed focus on "creativity" in a nod to Disney's creative staff, who were reportedly dissatisfied with Chapek despite the large investments he approved in unprofitable streaming content. Iger remained non-committal about the company's controversial plan to shift its theme park designers from California to Florida, but supportive of Disney's commitment to LGBTQ+ rights, which became an issue when Chapek was criticized, and ultimately apologized, for failing to oppose a Florida law limiting the discussion of sexual and gender identities in public schools.

In the past week. Disney has announced the firings of two key Chapek lieutenants, while CFO Christine McCarthy has emerged as the key figure in Disney's change of leaders, having reportedly taken her concern about Chapek's leadership directly to the board. Iger reportedly also plans to reorganize Disney's Digital Media and Entertainment Distribution segment, which centralized content budgeting under Chapek.

Iger, who is expected to serve as CEO through the end of 2024 and to help Disney select yet another successor, is getting $1 million in annual salary, up to $1 million in annual bonus, and long-term incentive compensation pegged at $25 million annually, according to a securities filing by Disney.

Chapek, who received a three-year contract from Disney's board in June, is reportedly getting a golden parachute worth at least $20 million.

YouTube's NFL Deal Is a Score for Streaming, Sack for Cable 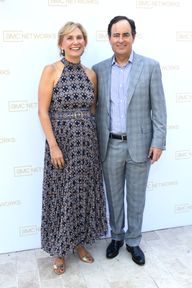 AMC Networks CEO Leaves Company After 3 Months
Partner Links
Related Terms
Who Is Bernard Arnault and What Companies Does LVMH Own?
Arnault, the wealthiest person in France and one of the wealthiest in the world, is Chair and CEO of LVMH, the world's largest luxury conglomerate.
more
Icahn Lift
The Icahn Lift is the name given to the rise in stock price that occurs when investor Carl Icahn begins to purchase shares in a company.
more
Who Is Mac Crawford?
Mac Crawford is a veteran healthcare CEO and M&A expert, known as one of the most successful turnarounds and restructuring executives in the industry.
more
Venture Capital: What Is VC and How Does It Work?
Venture capital is money, technical, or managerial expertise provided by investors to startup firms with long-term growth potential.
more
Entrepreneur: What It Means to Be One and How to Get Started
Entrepreneurs create new businesses, taking on all the risks and rewards of the company. Learn about the challenges facing entrepreneurs and entrepreneurship.
more
Understanding Financial Risk, Plus Tools to Control It
Financial risk is the possibility of losing money on an investment or business venture.
more