Disney has made headlines during Morrell's tenure for a contentious battle between the entertainment conglomerate and Florida politicians. In late April, Florida legislators voted to remove Disney's self-governing status for its Walt Disney World theme park in Orlando. The move came after a protracted dispute regarding Disney's opposition to Florida's HB 1557 law, commonly known as the "Don't Say Gay" bill.

Disney to Return to Old Structure

Morrell's position was newly created upon his hiring and combined functions across communications, policy, government relations, and other areas. Disney CEO Bob Chapek will reportedly not replace Morrell but will revert to the company's prior structure. Kristina Schake, who held leadership positions at Instagram and served in the Obama and Biden administrations, will be the company's top communications executive.

The change in leadership could signal a shift in Disney's approach to the ongoing political fiasco. External developments could prompt a change in approach as well. Residents of Florida's Osceola County, which is adjacent to the Disney World theme park, have sued Florida governor Ron DeSantis, claiming that he violated their rights when he signed the law dissolving Disney's special tax district. The suit alleges that Florida taxpayers will be saddled with more than $1 billion in Disney's bond debt upon dissolution of the district.

Disney, which has emerged as a defensive player in recent weeks with its special tax status under attack, could use the opportunity to shift the narrative. For the time being, though, the company has remained silent regarding the lawsuit and other recent developments. The ongoing incident could also be a signal to other top executives across industries that employees and politicians alike may expect corporations to take a public position regarding a variety of social issues.

What Is Happening With Disney Leadership?

Disney's chief corporate affairs officer Geoff Morrell is parting ways with the company after just four months. Kristina Schake will take over as head of communications for Disney.

Why the Quick Turnover?

Morrell's tenure was dominated by ongoing disputes between Disney and Florida politicians regarding the company's shifting stance on Florida's HB 1557 law, known as the "Don't Say Gay" bill. The change in leadership could indicate a shift in Disney's approach to the contentious situation.

What Else Is Going on With Disney and Florida?

Florida lawmakers voted to remove Disney's special tax status for the Disney World theme park in Orlando in late April. There is an unresolved question about what will happen with more than $1 billion in Disney's bond debt. A group of Florida residents have sued the governor, claiming that the move will burden them with this debt. 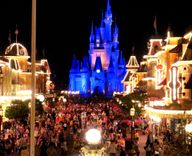 7 Companies Owned by Disney
Partner Links
Related Terms
FTX: An Overview of the Exchange and Its Collapse
FTX, once the third-largest centralized cryptocurrency exchange, is now in U.S. bankruptcy. Its founder faces criminal and civil charges and goes to trial in October.
more
Corporate Governance Definition: How It Works, Principles, and Examples
Corporate governance is the set of rules, practices, and processes used to manage a company. Learn how corporate governance impacts your investments.
more
Daniel P. Amos
Daniel P. Amos is the chair and CEO of insurance company Aflac.
more
Enterprise Risk Management (ERM): What Is It and How It Works
Enterprise risk management (ERM) is a holistic, top-down approach that assesses how risks affect an organization and devises plans on how to approach different risks.
more
What Was Enron? What Happened and Who Was Responsible
Enron was a U.S. energy company that perpetrated one of the biggest accounting frauds in history. Read about Enron’s CEO and the company’s demise.
more
Richard H. Anderson
Richard H. Anderson was CEO of Delta Air Lines during its merger with Northwest Airlines, and was most recently the CEO of Amtrak.
more