Walt Disney Co. (DIS) shares jumped as much as 9% on Monday after the media and entertainment giant ousted CEO Bob Chapek, replacing him with his predecessor, Bob Iger, in a boardroom coup unveiled on Sunday evening.

The 71-year-old Iger, who served as CEO from 2005 to 2020, has a two-year mandate from Disney's board "to set the strategic direction for renewed growth and to work closely with the board in developing a successor," the company said.

Even with Monday's rally, Disney shares are off about 38% for the year and down since Nov. 10, when the company reported disappointing earnings. The stock had lost 41% in 2022 as of Nov. 20, and is on pace for Disney's worst annual performance in decades and among the three worst among the 30 Dow Industrials this year.

Iger, viewed in the industry as a consummate dealmaker, led Disney during a particularly successful stretch and oversaw its expansion with acquisitions including Pixar, Marvel and Lucasfilm, which secured intellectual property that's still fueling the company's film and theme park receipts.

Now he will need to decide what to do about the mounting costs and losses at the Disney+ consumer streaming service and declining revenue from Disney's ABC and ESPN TV networks. Earlier this year, Daniel Loeb, manager of the Third Point hedge fund, called for Disney to spin off sports programmer ESPN.

Adding extra spice to the Disney drama, Trian Fund Management, the activist investor vehicle run by Nelson Peltz and partners, has accumulated a Disney stake worth more than $800 million since the stock's plunge earlier in the month and doesn't support Iger's appointment, according to The Wall Street Journal. Trian, which is likely to increase its stake, is seeking a seat on Disney's board and deeper cost cuts, the newspaper reported.

"The board has concluded that as Disney embarks on an increasingly complex period of industry transformation, Bob Iger is uniquely situated to lead the company through this pivotal period,” said Susan Arnold, chair of Disney's board, in a statement. “Mr. Iger has the deep respect of Disney’s senior leadership team, most of whom he worked closely with until his departure as executive chairman 11 months ago, and he is greatly admired by Disney employees worldwide—all of which will allow for a seamless transition of leadership.”

Iger "privately criticized Chapek all year," according to Bloomberg reporter Lucas Shaw, but never gave an inkling he would be interested in returning before Sunday.

Disney employees, including senior executives attending an Elton John concert in Los Angeles streamed on Disney+, reportedly learned of Iger's return from an email, in which their new/old boss said he is coming back "with an incredible sense of gratitude and humility—and, I must admit, a bit of amazement."

The relationship between the last two Disney CEOs has been widely reported to have ruptured since Iger anointed Chapek as his successor. Iger reportedly disagreed with Chapek's decision to raise the Disney+ subscription price early next month to stem platform losses that totaled almost $1.5 billion in the most recent quarter amid mounting content and marketing costs. After Disney missed profit and revenue estimates for its recent quarter, Chapek instituted a hiring freeze and signaled layoffs ahead from among the company's approximately 190,000 employees.

Chapek, embattled throughout his tenure by the effects of the COVID-19 pandemic on Disney businesses as well as questions about his leadership skills, received a public vote of confidence from Arnold on behalf of the company's board in June, followed the same month by a new three-year contract. Chapek leaves with a golden parachute estimated by Bloomberg to be worth at least $23 million, and more if Disney's shares recover.

In addition to Disney investors smarting from the decline in the share price, Chapek angered two other key company constituencies. His delay before unequivocally opposing Florida legislation that limits discussion of lesbian, gay, bisexual, transgender, and queer issues in schools, criticized as the 'Don't Say Gay' law, prompted protests by Disney's theme parks employees in the state, and ultimately a Chapek apology.

Chapek also reportedly soured Disney's relationship with Hollywood movie stars and their agents when the company accused Scarlett Johansson of "callous disregard" for the pandemic after Johansson sued Disney, alleging that the decision to show the film Black Widow on Disney+ pay-per-view reduced the box office receipts the actress was entitled to share. Johansson sought $50 million; Disney ultimately settled the case.

While Disney theme parks and, to a lesser extent, its movie box office receipts, have recovered from the effects of the pandemic, cord-cutting by cable subscribers continues to sap the company's high-margin TV revenue. The company warned on this month's earnings call that its linear networks' revenue declines are expected to accelerate.

Chapek's ouster in favor of Iger follows the addition of Carolyn Everson to Disney's board on Sept. 30 under a standstill agreement with Third Point.

Disney Q4 Results Likely to Get Lift From Theme Parks 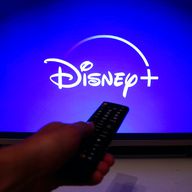 Activist Investor Dan Loeb Wants Changes at Disney
Partner Links
Related Terms
Who Is Michael Eisner?
Michael Eisner is a renowned entertainment executive who worked for NBC, CBS, ABC, Paramount Pictures, and The Walt Disney Company.
more
Who Is Mac Crawford?
Mac Crawford is a veteran healthcare CEO and M&A expert, known as one of the most successful turnarounds and restructuring executives in the industry.
more
Poison Pill Defense: How Companies Fight Off a Takeover Bid
The poison pill is a tactic public companies sometimes use to deter a hostile takeover.
more
Glass Cliff
Glass cliff refers to the tendency of groups to put women in power during times of crisis or downturn when the chance of failure is more likely.
more
What Was Enron? What Happened and Who Was Responsible
Enron was a U.S. energy company that perpetrated one of the biggest accounting frauds in history. Read about Enron’s CEO and the company’s demise.
more
What Are Meme Stocks, and Are They Real Investments?
Meme stocks describe the shares of companies that have gained a cult-like following on social media, which can influence share prices.
more
Dialog Heading