Canada's proposed legislation would permit provinces to issue licenses to companies that would be able to accept bets on all sporting events except horse racing, which would be regulated under a separate system. Canadians spend an estimated C$14 billion a year on single-event betting through illegal bookies and international betting websites.

Earlier this week, UBS initiated coverage on DraftKings stock at Neutral with a $52.00 price target. Analyst Eric Sheridan believes that the stock has blue sky potential ahead but cautioned that the risk/reward may not be all that compelling given the current market multiple.

Last week, Piper Sandler initiated coverage on DraftKings with an Overweight rating and $58.00 price target. Analyst Yung Kim believes that the company can take a significant share of the "still nascent" sports betting market by leveraging a brand that it built over eight years.

From a technical standpoint, DraftKings stock extended its rally from the 50-day moving average at $47.27 during Friday's session. The relative strength index (RSI) climbed toward overbought levels with a reading of 67.97, while the moving average convergence divergence (MACD) remains in a bullish uptrend dating back to earlier this month. These indicators suggest that the stock could see some consolidation before an extended move higher.

Traders should watch for consolidation near reaction highs and Fibonacci support at $49.50 over the coming sessions. If the stock breaks out, traders could see a move to retest prior highs of nearly $65.00 over the long term. If the stock breaks down from the 50-day moving average, traders could see a move to retest trendline support at around $37.50 over the coming sessions, although that scenario appears less likely to occur.

DraftKings shares rose more than 4% during Friday's session after Canada's Department of Justice moved to decriminalize single-event sports betting, which could open the door to billions of dollars in revenue that is currently spent in illicit markets. While the stock could see some near-term consolidation, traders should watch for a long-term move higher to retest prior highs of nearly $65.00.

Wells Fargo Stock Rebounds Ahead of Earnings Next Week 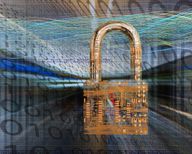 CyberArk (CYBR) Moves Higher After Analyst Upgrade
Partner Links
Related Terms
After-Hours Trading: How It Works, Advantages, Risks, Example
After-hours trading refers to the buying and selling of stocks after the close of the U.S. stock exchanges at 4 p.m. through 8 p.m. U.S. Eastern Time.
more
Short Selling: Definition, Pros, Cons, and Examples
Short selling occurs when an investor borrows a security, sells it on the open market, and expects to buy it back later for less money.
more
The Great Depression: Overview, Causes, and Effects
The Great Depression was a devastating and prolonged economic recession that followed the crash of the U.S. stock market in 1929.
more
Pre-Market Trading: How It Works, Benefits, and Risks
Pre-market trading is a trading activity that occurs before the regular market session, typically between 8 a.m. and 9:30 a.m. EST each trading day.
more
Telehealth Definition
Telehealth refers to the use of telecommunication technology, such as smartphones and computers, to provide healthcare and services at a distance.
more
What Are Meme Stocks, and Are They Real Investments?
Meme stocks describe the shares of companies that have gained a cult-like following on social media, which can influence share prices.
more