Existing home sales dropped 1.5% to 4.02 million, well below economists’ estimates of a 4.5% slide and November’s 7.9% dip, the National Association of Realtors (NAR) reported Friday. They were down 34% from a year earlier.

Sales may pick up soon as interest rates slow their advance after peaking last year, even as potential buyers confront limited inventory, according to Lawrence Yun, the NAR's chief economist.

Yun pointed out that more buyers are avoiding paying high rates by making all-cash purchases, which accounted for 28% of all transactions last month, up from 26% in November and 23% in December of 2021.

Yun explained that prices “are still positive, though mildly,” with the median existing home price higher by 2.3% to $366,900. He added that markets in about half the country are likely to offer discounted prices compared to last year.

Total housing inventory in December was 970,000 units, 13.4% lower than the month before but an increase of 10.2% from a year earlier. Unsold inventory is at a 2.9-month supply at the current sales pace. 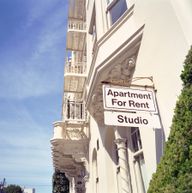 Existing-Home Sales Dip by 2.7% in March 2022
Partner Links
Related Terms
National Association of Realtors (NAR)
The National Association of Realtors (NAR) is a national organization of real estate brokers.
more
Seller's Market
A seller's market is a market condition characterized by a shortage of goods available for sale, resulting in pricing power for the seller.
more
Credit Easing
Credit easing is used to relieve a market going through turmoil. Credit easing happens when central banks purchase private assets such as corporate bonds.
more
Existing Home Sales
Existing home sales reports U.S. data on the sale of existing single-family dwellings, co-ops, and condominiums.
more
Double-Dip Recession
A double-dip recession is when a gross domestic product (GDP) growth slides back to negative after a quarter or two of positive growth.
more
What Is RICS House Price Balance?
The RICS House Price Balance is an indicator of expected monthly changes in U.K. house prices based on feedback from property surveyors.
more