Facebook crushed analyst predictions across EPS, revenue, and monthly active users (MAU) for Q4 FY 2020. EPS of $3.88 was up significantly from the $3.16 predicted and represents a major improvement of roughly 52% over $2.56 from Q4 FY 2019. Total revenue climbed by about 33% YOY, also exceeding analyst predictions. Significantly, Facebook also continued to grow its MAU base, reporting 2.8 billion monthly active users for the quarter, also ahead of consensus estimates. These strong results could position Facebook well as the company expects to face ad targeting headwinds due to platform changes and shifting regulations in 2021.﻿﻿

What to Look For

Despite major headwinds, Facebook Inc. (FB) has seen its stock, earnings and traffic surge in the past year as millions of people have worked at home amid the COVID-19 pandemic.﻿﻿﻿﻿﻿﻿ But that success also has launched major opposition to the world's largest social network. Critics say the company has failed to take necessary actions to stop hate speech and posts advocating political violence.﻿﻿﻿﻿﻿﻿ Most ominous, in December the Federal Trade Commission and attorneys general from 46 states filed antitrust suits against Facebook, calling for the company to sell its popular WhatsApp and Instagram features.﻿﻿﻿﻿﻿﻿

Investors will look to see how these forces are affecting the company's financial results when Facebook reports earnings on January 27, 2020 for Q4 FY 2020.﻿﻿﻿﻿﻿﻿ Analysts predict that earnings per share (EPS) will rise sharply, although at a slower pace than previous quarters in 2020. Revenue is expected to rise at a faster rate than the past three quarters.﻿﻿﻿﻿﻿﻿

Another key metric investors will focus on is Facebook's monthly active users (MAU), a key gauge of user engagement and a major driver of ad revenue. Analysts expect Facebook to gain monthly active users at a faster rate than Q4 FY 2019 but at a slower pace than the first three quarters of 2020.﻿﻿﻿﻿﻿﻿﻿

After tumbling along with the broader market in early 2020 as the COVID-19 pandemic gained force, Facebook stock made a sharp recovery ahead of the market throughout the spring and summer. The company's stock then largely traded sideways between September and December, and pulled back in mid-January before rebounding. Despite these wide swings, Facebook's shares have provided a total return of 24.0% over the past 12 months, still ahead of the S&P 500's total return of 15.7% as of January 23, 2021.

Facebook's quarterly EPS performance has been less consistent in recent years. The first two quarters of FY 2019 saw sharp declines year-over-year (YOY) in EPS. By contrast, the company posted its two strongest quarters of EPS growth YOY in Q1 and Q2 FY 2020, at 101.9% and 97.7%, respectively. Consensus estimates place Q4 FY 2020 EPS growth at 23.3%. That's lower than the previous three quarters of FY 2020 but a sharp acceleration relative to 7.3% in Q4 FY 2019.﻿﻿﻿﻿

As mentioned, investors will look closely at Facebook's MAU, which is the number of unique individual users to visit a site in a one-month period. MAU is a gauge of how many people see the ads that Facebook sells, and therefore how much money the company can make through ad sales is dependent upon MAU. While Facebook's MAU is continuing to grow, a general slowdown trend is to be expected. That's because Facebook already has deeply saturated most global consumer markets and has an estimated 2.7 billion MAU. As a result, fast growth is becoming more difficult to achieve off of such a large base. 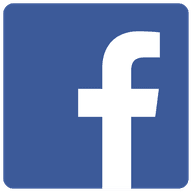 NIO Q2 FY2022 Earnings Report Preview: What to Look For

Nvidia Q2 FY2023 Earnings Report Preview: What to Look For

Tesla Q3 FY2022 Earnings Report Preview: What to Look For
Partner Links
Related Terms
Fiscal Quarters (Q1, Q2, Q3, Q4) Explained
A quarter is a three-month period on a company's financial calendar that acts as a basis for the reporting of earnings and the paying of dividends.
more
Year-Over-Year (YOY): What It Means, How It's Used in Finance
Year-over-year (YOY) describes how investors can see a difference in financials or information of a company between comparable quarters or years.
more
Jobs Growth
Jobs growth is a measure of how many nonfarm jobs the U.S. economy added in the prior month as estimated by the U.S. Bureau of Labor Statistics (BLS).
more
M2 Definition and Meaning in the Money Supply
M2 is a measurement of the nation's money supply that estimates all of the cash that everyone has in hand or in short-term bank deposits.
more
Growth Rates: Formula, How to Calculate, and Definition
Growth rates are the percent change of a variable over time. It can be applied to GDP, corporate revenue, or an investment portfolio. Here’s how to calculate growth rates.
more
Recession: What Is It and What Causes It
A recession is a significant decline in economic activity that lasts longer than a few months.
more