General Motors Company (GM) is trading higher by more than 5% on Thursday after reporting a third quarter 2020 profit of $2.83 per share, blowing away estimates by $1.40, while $35.48 billion in revenue marked 0% growth year over year. Sales improved sequentially each month during the quarter, highlighting the steady return of business following pandemic shutdowns. The company gained market share in the large pickup segment, now accounting for 37.5% of total sales, while China sales grew a healthy 12%, with that nation's economy approaching pre-pandemic levels.

GM and rival Ford Motor Company (F) have now reported huge quarterly upside, but overly bearish expectations contributed to their euphoric outcomes. Ford reported a modest 1.5% increase in revenue, compared to no growth at GM, and both companies will finish the year with fewer sales than they did in 2019. In turn, valuation will become a major issue for GM going forward, especially with a lofty price-to-earnings ratio (P/E) of 33 during a period of high unemployment.

Wall Street is pounding the tables on General Motors stock, posting a consensus "Strong Buy" rating based upon 11 "Buy" and just 1 "Hold" recommendation. One analyst also recommends that shareholders close positions and move to the sidelines. Price targets currently range from a low of $20 to a Street-high $65, while the stock is set to open Thursday's session about $7 below the median $43 target. This humble placement suggests the potential for a quick rise into the low $40s in reaction to this morning's confessional.

The company came public at $35.30 in November 2010 after emerging from bankruptcy and rallied quickly to $39.48. It sold off through the IPO opening print in February 2011 and entered a steep downtrend that posted a low at $18.72 in July 2012, ahead of a recovery wave that completed a round trip into the prior high in the fourth quarter of 2013. Sellers took control once again at that level, grinding out a secondary decline that found support well above the 2012 low in August 2015.

Price action completed a rounded correction into resistance into an October 2017 breakout that failed after adding just six points. It settled back into a trading range in early 2018 and broke down in February 2020, dumping to an all-time low at $14.32 in March. The subsequent uptick has now crossed the .786 Fibonacci selloff retracement level at $36 and stretched within five points of the 2019 high at $41.90, raising the odds that the uptick will eventually reach that level.

However, as you can see from the monthly chart, the sequence of lower highs since 2018 has generated tough trendline resistance now centered near the $38 level. As a result, it isn't surprising that the initial post-news buying spike reversed just 19 cents below that barrier. An immediate breakout is possible, but a longer-term reversal is more likely, perhaps setting the stage for a holding pattern into fourth quarter earnings in February.

In the longer term, market players can't ignore three failed rallies into the $40s since the company came public 10 years ago. Of course, the stock can overcome that large supply, but the company will need to post stronger-than-historical quarterly results, and that isn't likely until 2022 at the earliest. In addition, legions of technical traders have already marked those highs on their price charts, raising the odds that analog analysis will translate into strong selling pressure.

A failed break occurs when a price moves through an identified level of support or resistance but does not have enough momentum to maintain its direction. Since the validity of the breakout is compromised and the profit potential significantly decreases, many traders close their positions.

General Motors stock is trading much higher on Wednesday morning after the automaker beat third quarter profit estimates by a wide margin.

Alphabet Stock Could Break Out Despite Quarterly Miss

Bears Hold an Edge Ahead of Zoom (ZM) Earnings Report 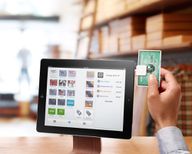 General Motors Breaks out to All-Time High
Partner Links
Related Terms
Pullback: What It Means in Trading, With Examples
A pullback refers to the falling back of a price of a stock or commodity from its recent pricing peak.
more
What Is a Triple Bottom Chart in Technical Analysis?
A triple bottom is a bullish chart pattern used in technical analysis that is characterized by three equal lows followed by a breakout above resistance.
more
Triple Top: What It Is, How It Works, and Examples
A triple top is a technical chart pattern that signals an asset is no longer rallying, and that lower prices are on the way.
more
Opening Range
The opening range shows a security's high and low price for a given period after the market opens.
more
Continuation Pattern
A continuation pattern is an indication that a price trend in the financial markets will continue even after the pattern completes.
more
Due Diligence
Performing due diligence means thoroughly checking the financials of a potential financial decision. Here's how to do due diligence for individual stocks.
more
Dialog Heading