A pervasive bearishness has cast a shadow over stock investors as they fret about a long list of negative forces, including rising interest rates, trade wars, higher labor costs, inflation and other forces. But Goldman Sachs forecasts that the bull market will not only continue through 2019, but put up big gains. Goldman has three scenarios for the S&P 500 next year, and they assign significantly higher probabilities to the two bullish cases than to the one bearish case, as outlined below, per their latest US Weekly Kickstart report. It's notable that their bearish case is only mildly so.

Let's address investors' bearishness first. "Scores of recent client meetings indicate that many investors believe the US economy will enter a recession in 2020," says Goldman. "A key source of investor concern stems from the fact that, since 1928, the S&P 500 index has fallen by more than 10% in 25% of the years before the start of a recession," Goldman writes. Observing that P/E ratios tend to peak about six to nine months before the onset of a recession, "Our downside scenario of 2500 reflects the possibility that investors begin to price a potential 2020 recession by the end of 2019," the report says.

The market's anxiety may stem from the fact that many newer investors have been spoiled by steady bull market gains in recent years, accompanied by relatively few deep or prolonged reversals prior to 2018. These investors have been rattled by two corrections of 10% or more this year, and a modest year to date decline of 2.8% for the S&P 500.

These concerns fly in the face of the fundamental strength of the economy. "We expect US economic growth will decelerate but remain positive for several years," Goldman says. Noting that the revenue growth for the S&P 500 tends to follow GDP growth, they estimate that S&P 500 sales will increase by 5% in 2019, and that earnings, as measured by EPS, will be up by 6%. Goldman assigns higher probabilities to their base and upside cases because they expect strong economic data to persist into late 2019 on jobs, wages, and corporate earnings, among other fundamentals.

There's also another big reason for investors to stay bullish. "Rather than slowly cresting, equity returns are typically strong at the end of bull markets. Since 1930, equities have posted a median return of 35% during the last two years and 16% during the 12 months prior to reaching a pre-recession peak."

However, one thing that's far from certain is the level of stock valuations in 2019, and Goldman says this is the main difference in the firm's three scenarios. Its projected forward P/E ratios on the S&P 500 as of year-end 2019 are 16 times estimated earnings in the base case (about 3% above today's level), 18 times in the upside case, and 14 times in the downside case.

Despite Goldman's optimism, the length of the economic expansion and the bull market, as well as negative fundamentals such as rising tariffs and inflationary pressures, point to growing risks. As result, Goldman suggests that investors go overweight in utilities and communication services stocks, which tend to outperform when GDP decelerates.

They also favor many information technology firms, with the notable exception of semiconductor stocks, that tend to have "idiosyncratic growth profiles less levered to the pace of economic activity," and thus may be set to outperform despite a general economic slowdown. By contrast, they advise investors to lighten up on these sectors that tend to lag when the economy slows, such as consumer discretionary, industrials, materials, and real estate. 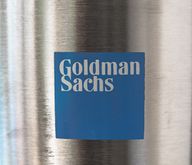 Stubborn Bull: Why Goldman is Optimistic about Stocks

Why Goldman Sees Bull Stampede Through 2020 Despite Recession Fears

6 Assets That Can Lead In a Volatile Second Half

10 ‘Stellar’ Growth Stocks for a ‘Range-Bound’ Bull Market
Partner Links
Related Terms
Bull Market Definition
A bull market is a financial market in which prices are rising or are expected to rise.
more
Recession: Meaning in Economics With Causes
A recession is a significant decline in economic activity that lasts longer than a few months.
more
Business Cycle: What It Is, How to Measure It, the 4 Phases
The business cycle depicts the increase and decrease in production output of goods and services in an economy.
more
U-Shaped Recovery
A U-Shaped Recovery is a type of economic recovery that experiences a gradual decline followed by a gradual rise back to its previous peak.
more
Bear Market Guide: Definition, Phases, Examples & How to Invest During One
A bear market occurs when prices in the market fall by 20% or more.
more
How Index Futures Work
Index futures are futures contracts whereby investors can buy or sell a financial index today to be settled at a future date. Learn more.
more