Reverse mortgages are anything but boring. This type of loan, which enables older homeowners to tap into their home equity while still living in and owning the home, was crafted in 1961 in a small local bank in Portland, Maine. This type of loan received government backing in the 1980s and has been continually tinkered with since, as new issues and needs emerge.

Here are some of the major milestones that have made reverse mortgages what they are today.

The first reverse mortgage was reportedly issued in 1961 to the widow of a football coach. According to legend, Nelson Haynes, an employee at Deering Savings & Loan, a small bank in Portland, Maine, was looking for ways to help the wife of his high school football coach stay in her home after her husband died. His creative solution was the reverse mortgage.

Haynes’ breakthrough started to generate attention and gain support from the likes of UCLA professor Yung-Ping Chen, Jack Guttentag of the Wharton School, and Ken Scholen, who worked with the Wisconsin Board on Aging and wrote three books on the subject. The idea of a product that enables older homeowners to tap into their equity and keep their homes struck a chord. By the next decade, private banks began offering their own reverse mortgages.

Some people trace the origins of reverse mortgages back to the 1980s. However, the first product of this kind was actually issued several decades earlier.

The next big development came in the 1980s. At the start of that decade, the Senate approved a proposal from then-Sen. John Heinz, R-Pa., to get reverse mortgages insured by the Federal Housing Administration (FHA).

After some initial resistance from the U.S. Department of Housing and Urban Development (HUD), a pilot program to offer government-insured reverse mortgages, now dubbed home equity conversion mortgages (HECMs), was rolled out in 1987 with the blessing of Congress. Then-President Ronald Reagan signed the Housing and Community Development Act into law in 1988, marking the establishment of the modern reverse mortgage.

The year when the first FHA-insured HECM was issued

In 1994, Congress ordered lenders to disclose total annual loan costs at the beginning of the application process to boost transparency and make it easier for borrowers to compare prices and shop around. Then, four years later, the HECM program was made permanent with the HUD Appropriations Act.

Other notable developments from this decade included the arrival of Fannie Mae’s own reverse mortgage, named the Home Keeper (since discontinued), and a change in 1996 that allowed residences with up to four units to qualify for a reverse mortgage as long as the borrower occupies one unit as their primary residence.

At the turn of the millennium, HUD increased origination fees to attract more lenders into the market and partnered with the American Association of Retired Persons (AARP) to improve counseling policies after it emerged that a growing number of borrowers were struggling to keep up with property tax and insurance payments. A single national loan limit was also established to replace individual county loan limits, and the refinancing of existing HECMs was authorized.

Reverse mortgages were getting popular and becoming an increasingly viable solution for cash-strapped elderly homeowners. However, the HECM didn’t cater to everyone, prompting the arrival of alternative private-backed loans known as jumbo reverse mortgages or proprietary reverse mortgages, which were specifically designed for people who didn’t meet HUD’s lending criteria or required a bigger payout.

Then the Great Recession happened. After 2008, proprietary reverse mortgages disappeared for a bit, while the more common HECMs became much in demand and subject to tighter rules.

Origination fees were limited, cross-selling was prohibited, and counselors were required to gain the right qualifications and be independent from lenders. Other changes included HECM insurance being shifted from the General Insurance Fund to the Mutual Mortgage Insurance Fund (MMIF), and the arrival of the HECM for Purchase program, which allows borrowers to buy a home without paying monthly mortgage payments.

The 2010s got off to a frantic start. In response to increased foreclosures, HUD reduced principal limits (the amount of money that can be borrowed), increased mortgage insurance premiums (MIPs), and lowered the interest rate floor from 5.5% to 5%. The HECM Saver was introduced in 2010, offering older property owners the option to borrow a smaller percentage of their home’s value. HECM Saver promised lower up-front MIPs and closing costs, but it never really caught on with the public and was discontinued in 2013.

The next big changes came in 2013 with the Reverse Mortgage Stabilization Act. This law limited the amount that borrowers can access in the first year; introduced the life expectancy set aside (LESA), an escrow account for those whose risk of loan default was higher; made it easier for non-borrowing spouses to continue living in the home after the borrower left; and made it mandatory for all borrowers to undergo a financial assessment before being approved for a loan, with the last two provisions starting in 2014.

In the second half of the decade, principal limits were cut again, MIPs were slashed, the HECM loan limit was raised for the first time in nearly 10 years, lenders were ordered to provide a second property appraisal in cases of suspect inflated valuations, and the FHA made it easier for homeowners residing in unapproved single-unit condos to qualify for an HECM.

So far, the 2020s have been dominated by two main topics: COVID-19 and inflation. Under the Coronavirus Aid, Relief, and Economic Security (CARES) Act, reverse mortgage borrowers impacted by the pandemic were granted more time to get their affairs in order and repay what they owe. Then, not long after, rampant property price inflation led the HECM national loan limit to increase from $822,375 to $970,800.

Who started the reverse mortgage?

The very first reverse mortgage was reportedly written by Nelson Haynes of Deering Savings & Loan in Portland, Maine, specifically to help the wife of his high school football coach stay in her home after losing her husband.

When was the first home equity conversion mortgage (HECM) issued?

The U.S. Department of Housing and Urban Development (HUD) was given the authority to insure reverse mortgages through the Federal Housing Administration (FHA) in 1988. The first recipient was Marjorie Mason of Fairway, Kan., who was issued one by the James B. Nutter Co. in 1989.

How do banks make money from a reverse mortgage?

Lenders mainly make money on the interest that accrues on the loan balance. They also may charge an origination fee and are paid by selling loans to secondary market investors.

The reverse mortgage market is in a constant state of flux. The rules and eligibility criteria tend to change quite often, giving these products a rich history and giving older Americans keen to make use of them much to consider.

Who Needs a Proprietary Reverse Mortgage? 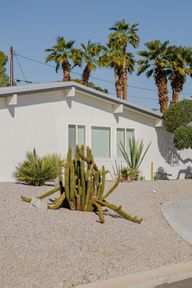 Reverse Mortgages in America: The Statistics

What Are the Different Types of Reverse Mortgages?