If you've been diligently saving for retirement through your employer's 401(k) plan, you may be able to convert those savings into a Roth 401(k) and gain some added tax advantages.

Here's a general overview of the process of converting your traditional 401(k) to a Roth 401(k):

Not every company allows employees to convert an existing 401(k) balance to a Roth 401(k). If you can't convert, consider making your future 401(k) contributions to a Roth account rather than a traditional one. You are allowed to have both types.

As mentioned, you'll owe income tax on the amount you convert. So after you calculate the tax cost of converting, figure out how you can set aside enough cash— from outside your retirement account—to cover it. Remember that you have until the date you file your taxes to pay the bill. For example, if you convert in January, you'll have until April of the following year to save up the money.

Don't rob your retirement account to pay the tax bill for converting. Try to save up for it or find the cash elsewhere.

If your company allows conversions to a Roth 401(k), you'll want to consider two factors before making a decision:

Employer-sponsored 401(k) plans are an easy, automatic tool for building toward a secure retirement. Many employers now offer two types of 401(k)s: the traditional, tax-deferred version and the newer Roth 401(k). 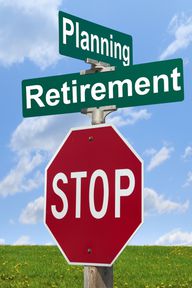 Strategies for Your Roth 401(k)

An Introduction to the Roth 401(k)

The Best Retirement Plans to Build Your Nest Egg
Partner Links
Related Terms
What Is a 401(k) and How Does It Work?
A 401(k) plan is a tax-advantaged retirement account offered by many employers. There are two basic types—traditional and Roth. Here's how they work.
more
Roth IRA Conversion: Definition, Methods, and Example
A Roth IRA conversion is a way to move money from a traditional, SEP, or SIMPLE IRA, or a defined-contribution plan like a 401(k), into a Roth IRA.
more
What Is Retirement Planning? Steps, Stages, and What to Consider
Retirement planning helps determine retirement income goals, risk tolerance, and the actions and decisions necessary to achieve those goals.
more
Retirement Contribution Definition
A retirement contribution is a payment into a retirement plan, either pretax or after-tax.
more
Backdoor Roth IRA: Advantages and Tax Implications Explained
The backdoor Roth IRA strategy allows taxpayers to set up a Roth IRA even if their income exceeds the IRS earnings ceiling for Roth ownership.
more
What Is a Roth 401(k)?
A Roth 401(k) is an employer-sponsored retirement savings account that is funded with post-tax money. Withdrawals in retirement are tax-free.
more